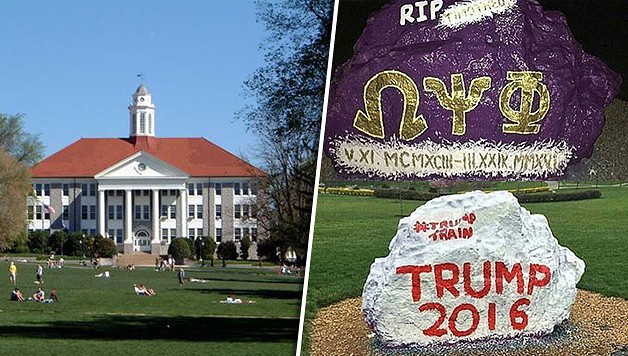 Members of Black greekdom have taken to the internet in outrage after a memorial dedicated to, Jeffrey Allan Matthews, a deceased member of Omega Psi Phi at James Madison University in Virginia was painted over with the words “TRUMP 2016”.

According to social media posts about the incident, a 22-year-old member of the black fraternity had lost his life earlier this week and friends had spent four hours on Friday creating the memorial on a rock for a candlelight vigil that they are holding tonight at 8pm. 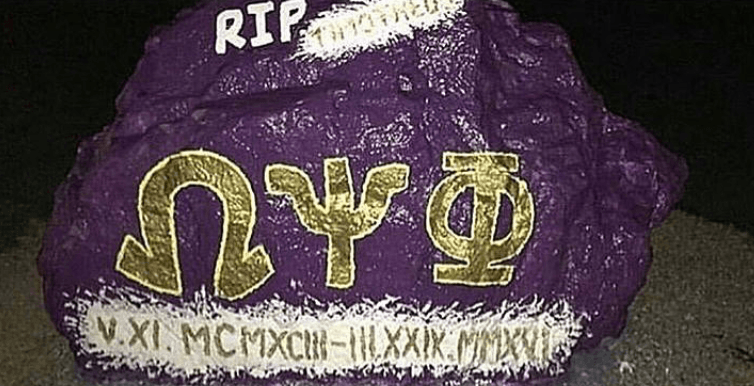 Students woke up to the memorial early this morning covered with the “#TRUMPTRAIN” and “TRUMP 2016”. According to a source who reached out to WatchTheYard.com, the Omega vigil was last seen at 2am and the Trump one was seen at 7am, meaning that the vigil was only up for a total of 5 hours and someone decided to paint over it between the hours of 2 and 7am on a Saturday morning. 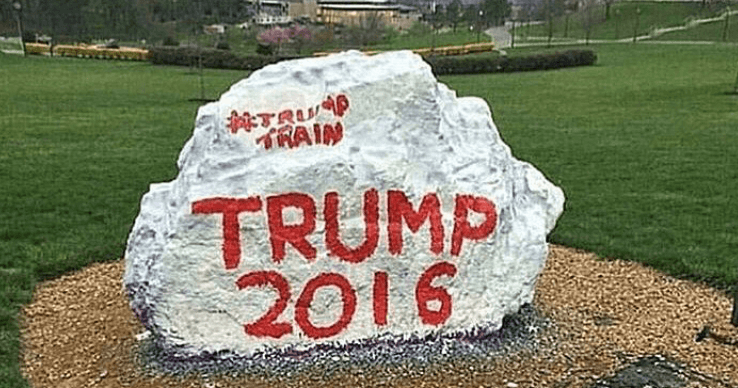 As a result, many members of black fraternities and sororities have taken to the social media pages of the University to express their disgust.

“I am utterly disgusted at the disrespectful vandalism that happened on you campus. Please address it immediately…”, one person wrote under the University’s latest Instagram post. “One of your students passed and he was a member of the very prestigious OMEGA PSI PHI FRATERNITY INC. And other students repainted the rock prior to the memorial service. What are you going to do about this?!” another followed. 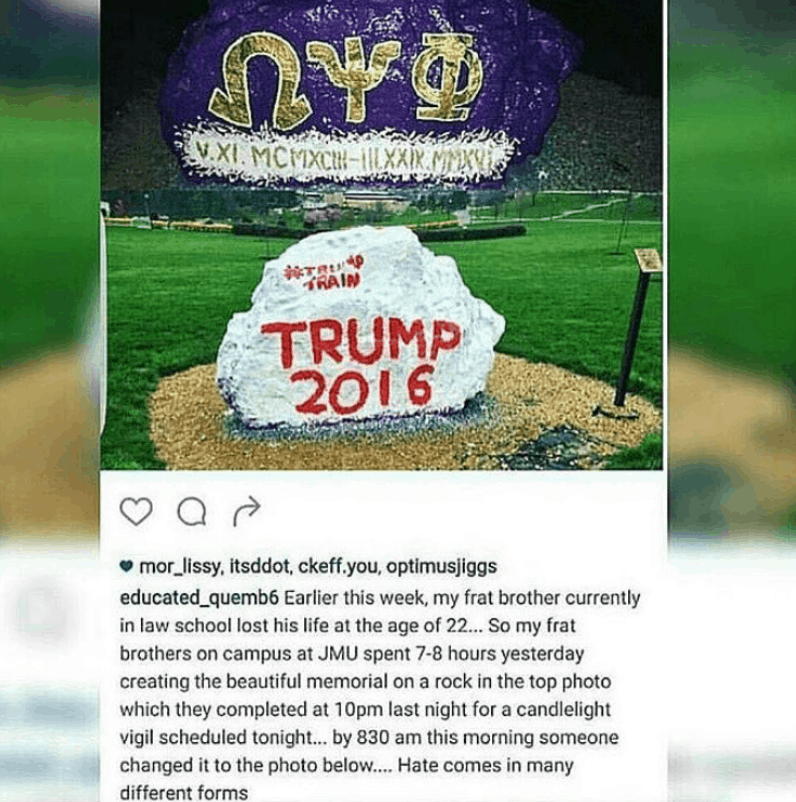 Please tell us what you think about this whole ordeal in the comment section below.