Fed up Texas Southern University students and alumni have taken their frustration with their university public and now it has gone viral.

On Wednesday, thousands of complaints with the hashtag #TakeBackTxSU were tweeted by out by students and alumni about problems at the historically black university in Texas.

These complaints included problems with the university not correctly dealing with bureaucratic run-arounds, major housing problems, misappropriation of funds, and lack of Black representation in marketing for recruitment.

Complaining publicly about an HBCU is something that is usually frowned upon within the wider HBCU community but these complaints were paired with pride for the school and mentions of the students/alumni feeling bad that they had to take their problems to social media because of their allegiance to the school. The general consensus from the people on Twitter was that airing their problems out publicly was the only way that they could create effective change.

This movement follows #TakeBackHU, a similar movement that was started at Howard University earlier this month.

We at WatchTheYard have collected some of the top social media posts from this movement that everyone should see.

Click on the arrows below to see the tweets and posts and leave your thoughts in the comment section below. 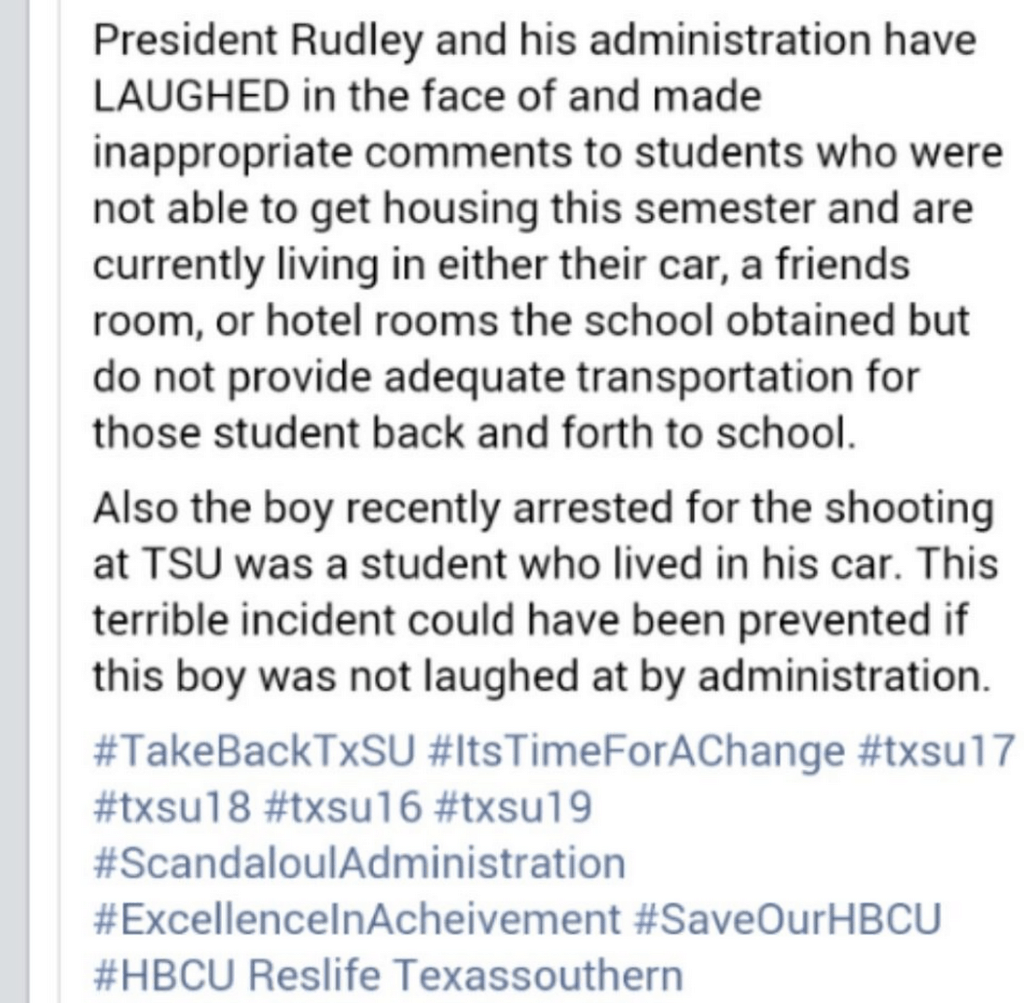 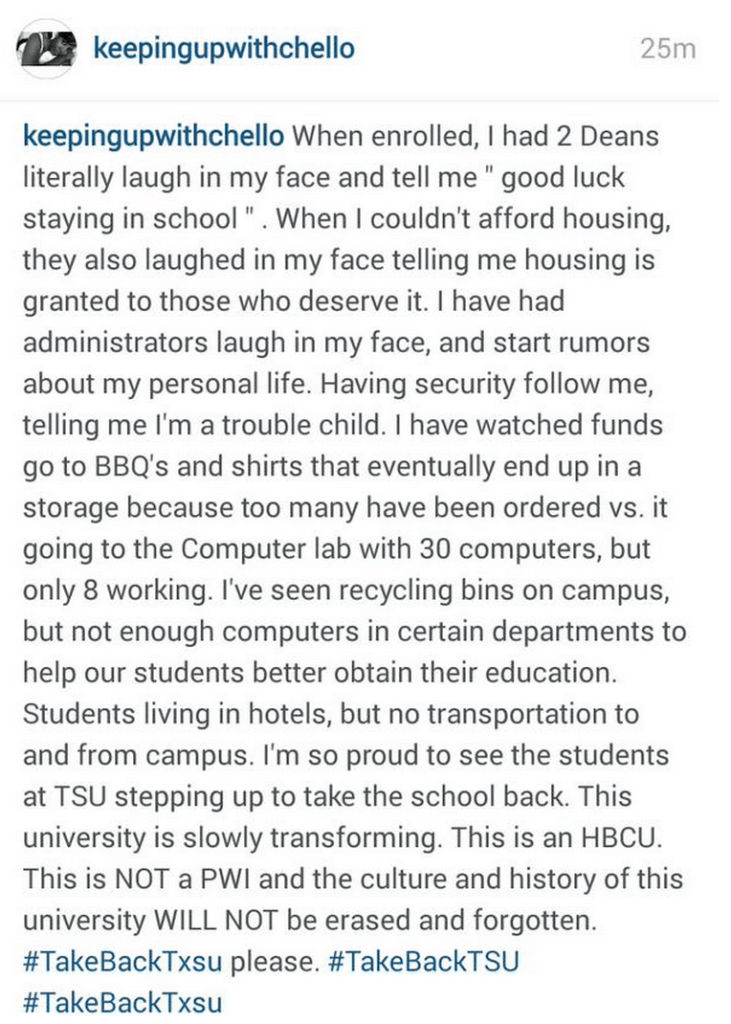 Click on the arrows below to see more posts.

Prev1 of 11Next
Use your ← → (arrow) keys to browse
2.6K Shares
Share2.6K
Tweet
Related Topics:#takebacktsuActivismcollegesoutherntexas southerntsuvideo