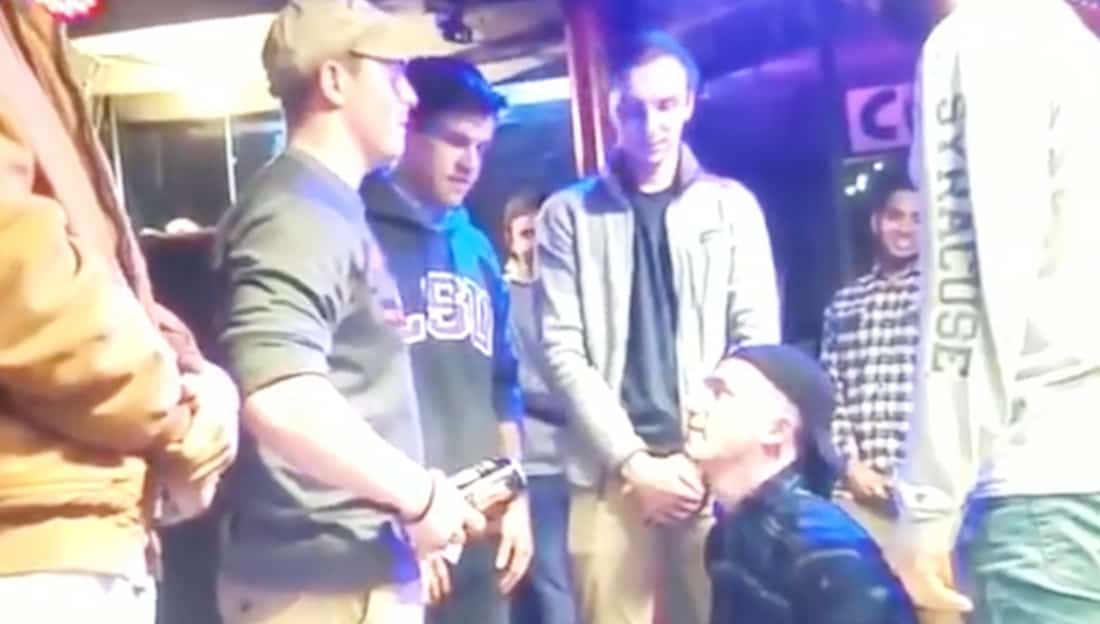 Syracuse University just suspended the Theta Tau engineering fraternity today after finding a video of members doing a play/performance that according to the university’s chancellor was “extremely racist, anti-Semitic, homophobic, sexist and hostile to people with disabilities.”

An article by the New York Times describes the video best:

Watch the video below.  CAUTION: It is NSFW and contains expletives.

The school has since suspended the fraternity and Chancellor Kent Syverud released the following statement on Wednesday. 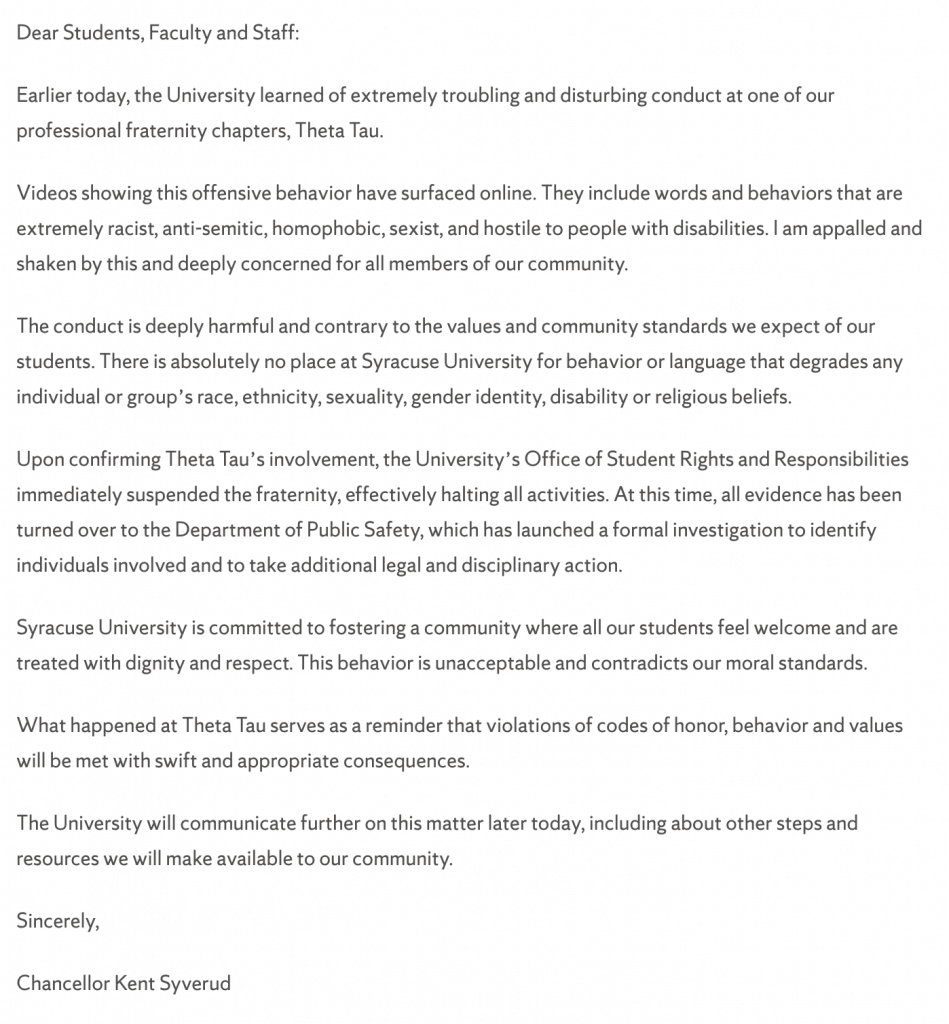