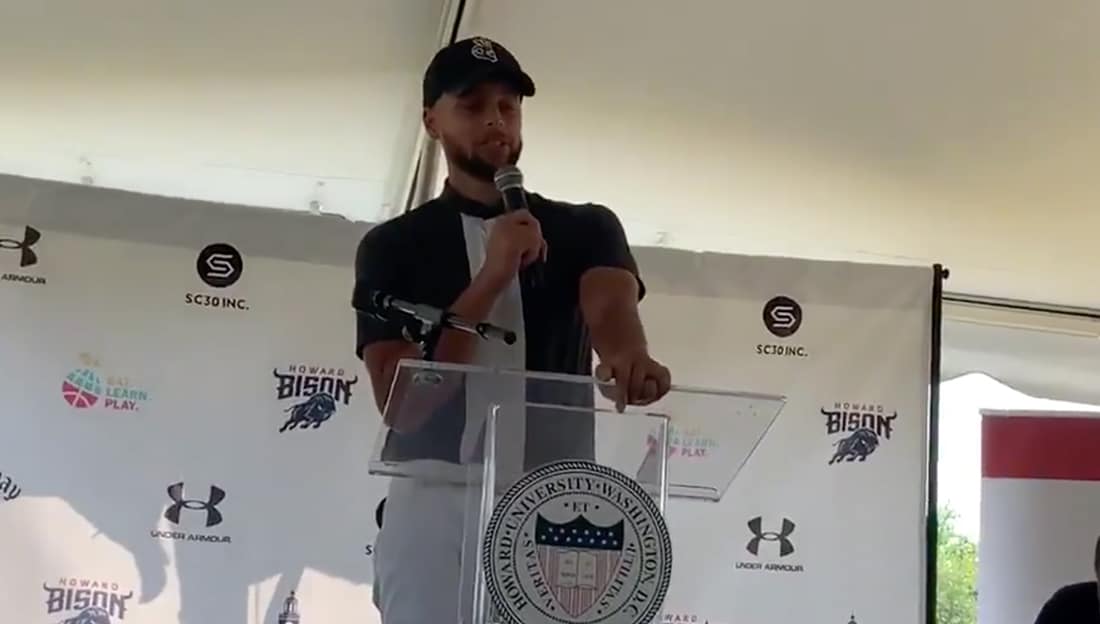 It was announced Monday morning that Howard University will be bringing back its golf program with the help of NBA star Steph Curry.

Curry stated that he will financially support the Bison’s golf teams for the next six years and help the university develop its first ever NCAA Division 1 golf program for both men and women.

Howard has had golf teams in the past that played at the Division II level and according to ESPN, school officials believe its teams were disbanded sometime during the 1970s.

Having the support of a sports giant like @StephenCurry30 as we develop the 1st-ever NCAA Division 1 Men’s & Women’s Golf Program at Howard is incredible. We are excited for the opportunity this brings our students.

The school has started its search for coaches, potential players and a course to play/practice.

The idea to help support the team happened when Curry met Otis Ferguson IV, a Howard senior and golfer during a campus visit to watch a documentary film in January.

“The idea around re-creating Howard’s golf team and turning it into a Division I program for men and women was born on that specific night,” Curry stated. “Now, seven and a half or eight months later, we’re here.”

More from @StephenCurry30 as we announce the addition an NCAA Division 1 Men’s and Women’s Golf Program to @HUBisonSports. ⛳️ pic.twitter.com/R31IqM9JVC

Howard is planning to have men’s and women’s teams up and running for the 2020-21 season.