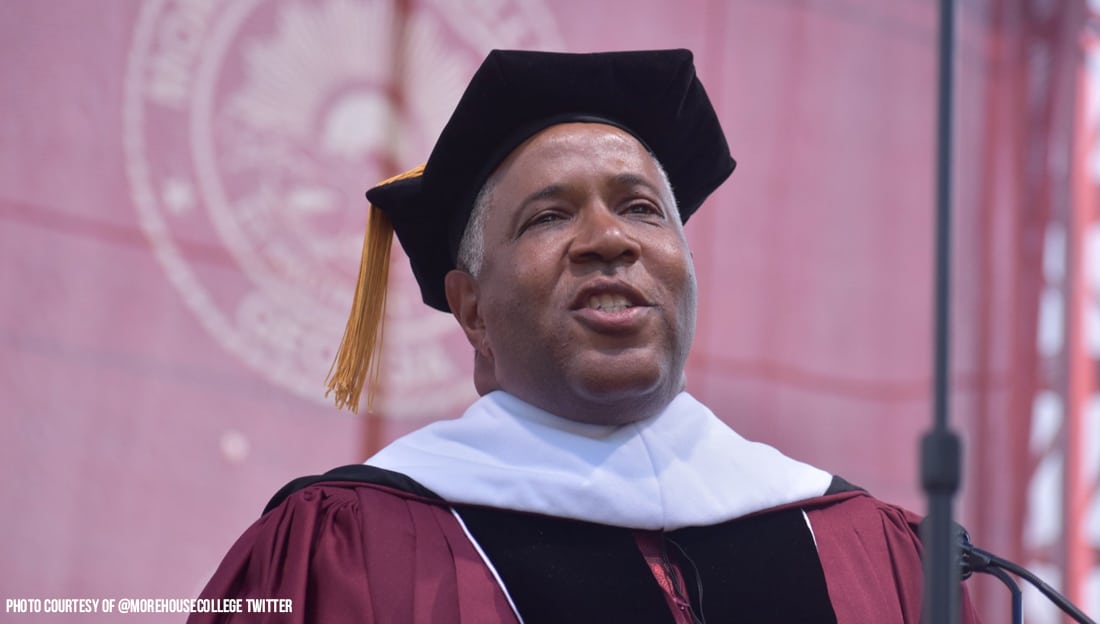 It is a good day to be a Morehouse Man!

Smith, who recieved an honorary doctorate from Morehouse on Sunday morning announced to the graduating seniors that he would wipe out their college debt. 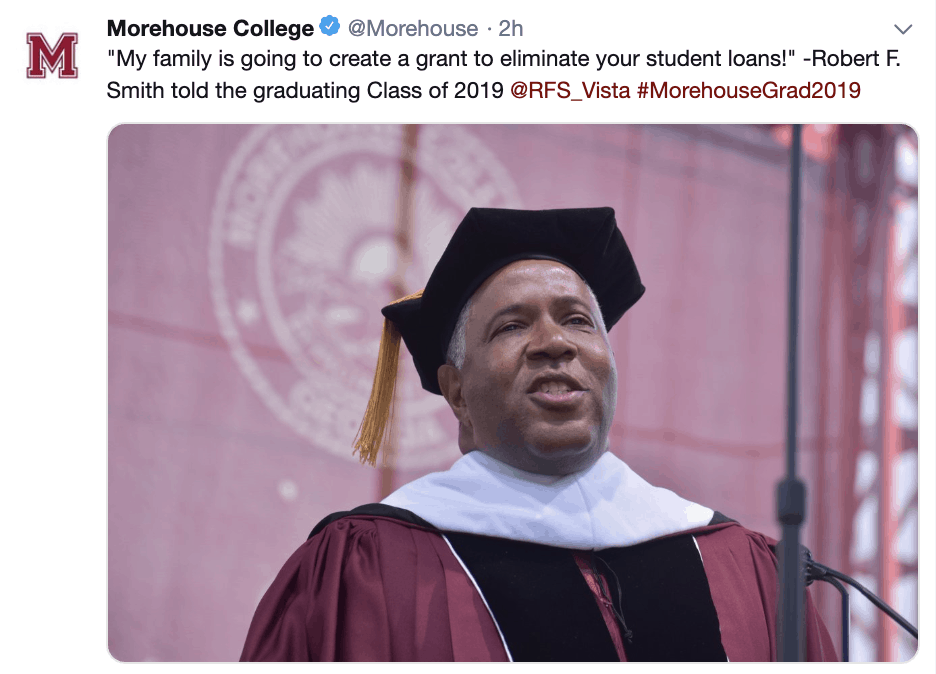 According to the Atlanta Journal-Constitution this pledge to eliminate the student debt for the class of 2019 has been estimated at $40 million. 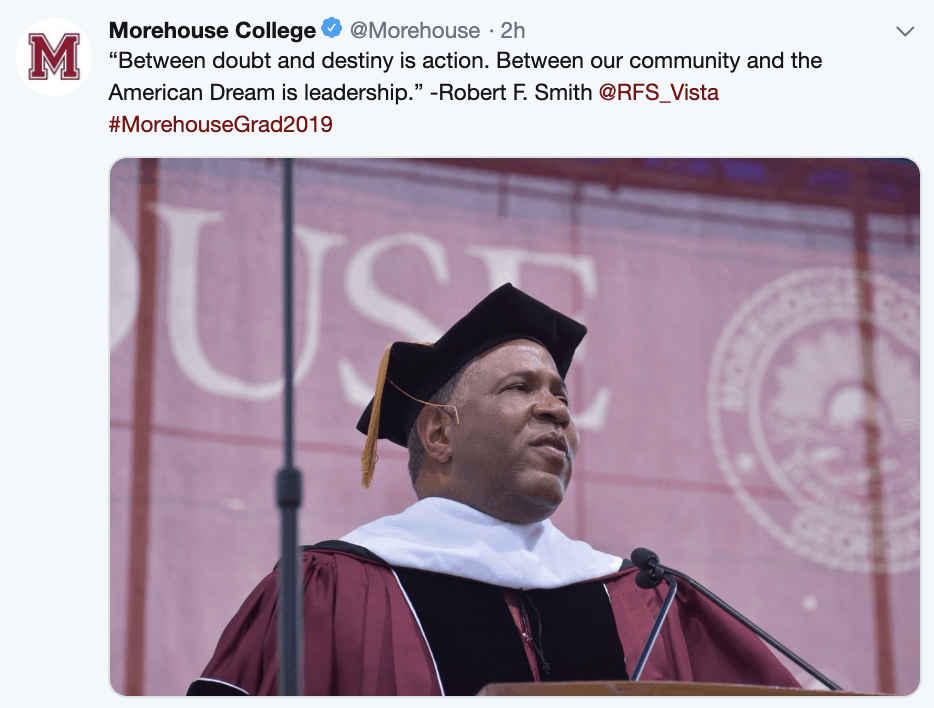 Smith is a 1982 initiate of the Alpha Chapter of  Alpha Phi Alpha Fraternity, Inc. at Cornell University.

The impact of this gift is destined to change the world. Nearly 400 college educated Black men will be graduating from Morehouse all at the same time and free from the student debt that financially cripples and holds many people back from achieving their dreams in their 20s and 30s. These men will be free to explore their passions and change their communities in a way that many cannot.