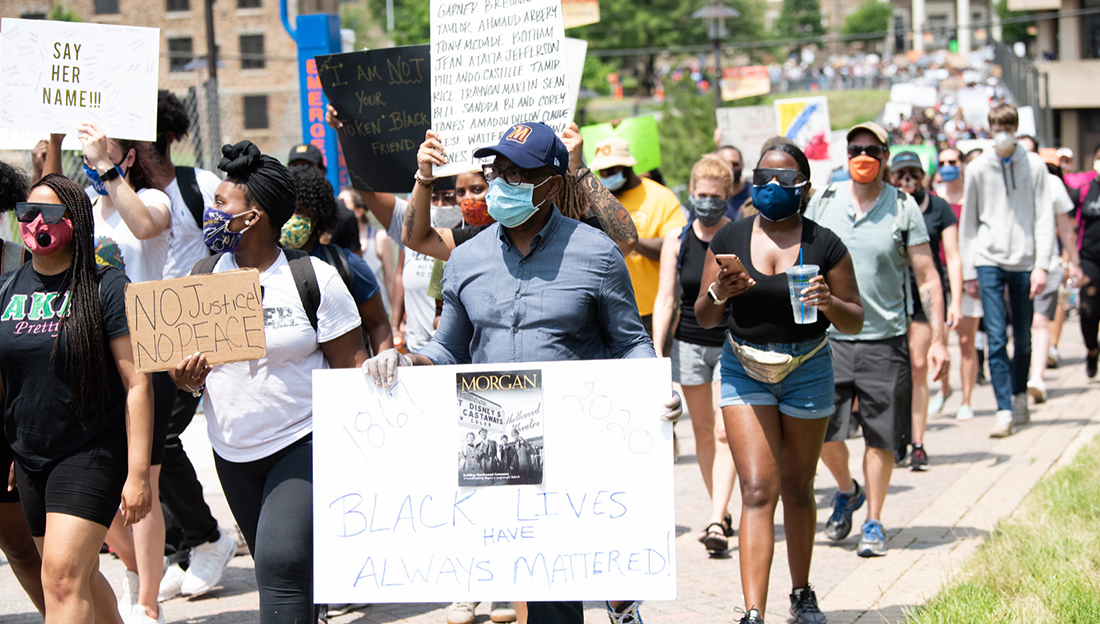 On Saturday, June 6, 2020, Morgan State University alumni, students, staff, faculty and the President of the University, Dr. David Wilson, participated in an organized, peaceful protest march through the campus and the Northeastern neighborhood that surrounds it.

The aptly named March for Black Lives was held to protest police brutality and racial injustice following the death of Mr. George Floyd.

The march was organized by Morgan alum and a member of the Alpha Gamma Chapter of Delta Sigma Theta Sorority Inc., Allahsha C. Farmer.

Dr. Wilson, who is a member of Alpha Phi Alpha Fraternity, Inc. and graduated from Tuskegee University, joined the march and said he was proud to see so many students and alumni speaking out to say, “Injustice is not something we will embrace.”

Wilson also indicated that Morgan was founded on those same principles 153 years ago, going on to state, “When a student matriculates here at Morgan, we expect them to understand history. We expect them to be strong advocates to change the world and remake it to the way it is supposed to be.”

We at Watch The Yard would like to commend the students, staff, alumni and Morgan State University community for making their voices heard.