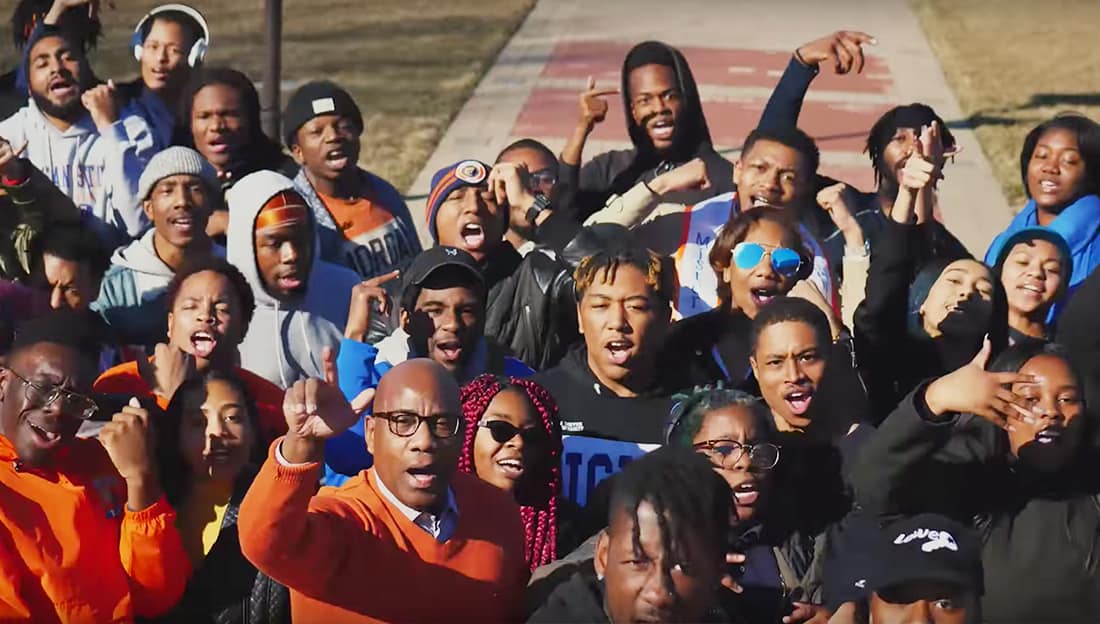 The HBCU vibe is something that you can’t find anywhere else on the planet and nothing compares to the feeling you get when you step onto the campus of Morgan State University.

The University recently released a remix of Kendrick Lamar’s ‘Alright’ that not only featured the students rapping about their beloved school, but also a cameo from the head of the university, President David Wilson.

According to President Wilson’s social media account, the video is an invitation to Kendrick Lamar to speak at Morgan this year.

If this does not catch K-Dot’s eye, we don’t know what will.

Watch below as the students, staff and President Wilson turn up on campus and show their school pride in the music video that was directed by Duane Saunders Jr!

Share this video with a young man or woman who is in high school, you never know, it could change their whole perspective on going to college!

The video had us hyped!