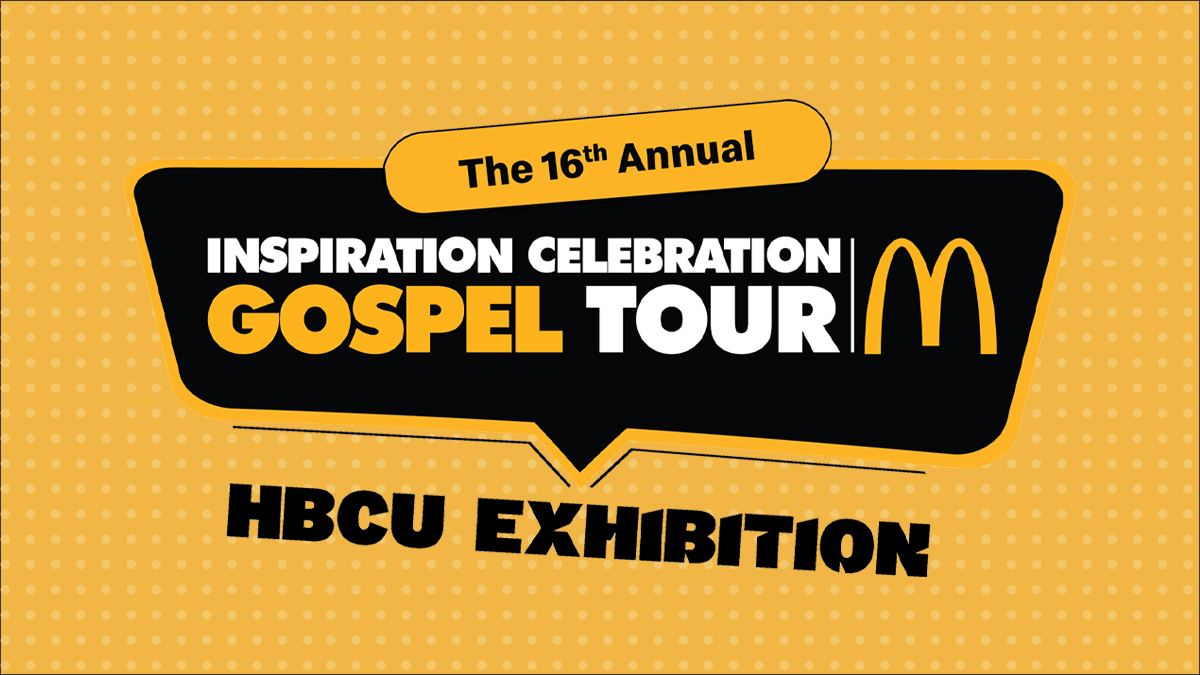 McDonald’s just launched a new gospel grant competition offering up over $100K in prizes to four Historically Black Colleges and Universities (HBCUs). The first-ever HBCU Exhibition will award a $75K prize to the school with the best choir or band, with each additional school taking home $10K.

In addition to the grant, the winning school will also receive a featured performance in the Gospel Tour’s holiday show on December 2 in Houston, Texas.

Sir The Baptist has traveled the country to connect with, film, and help inspire this year’s inaugural class featuring Alabama A&M University, Jackson State University, Mississippi Valley University, and Shaw University. Each school performed its own rendition of a historical gospel hymn, such as “Wade In The Water,” “Motherless Child,” and “Go Tell It On The Mountain.”

The winning school will be selected through a combination of public voting round and a panel of celebrity judges, including Donald Lawrence, Kierra Sheard-Kelly, NotKarltonBanks, Samoht, and​ Smokie Norful.

Visit mcdhbcuexhibition.com to watch the schools’ performances and vote for your favorite. Voting runs now through November 9.