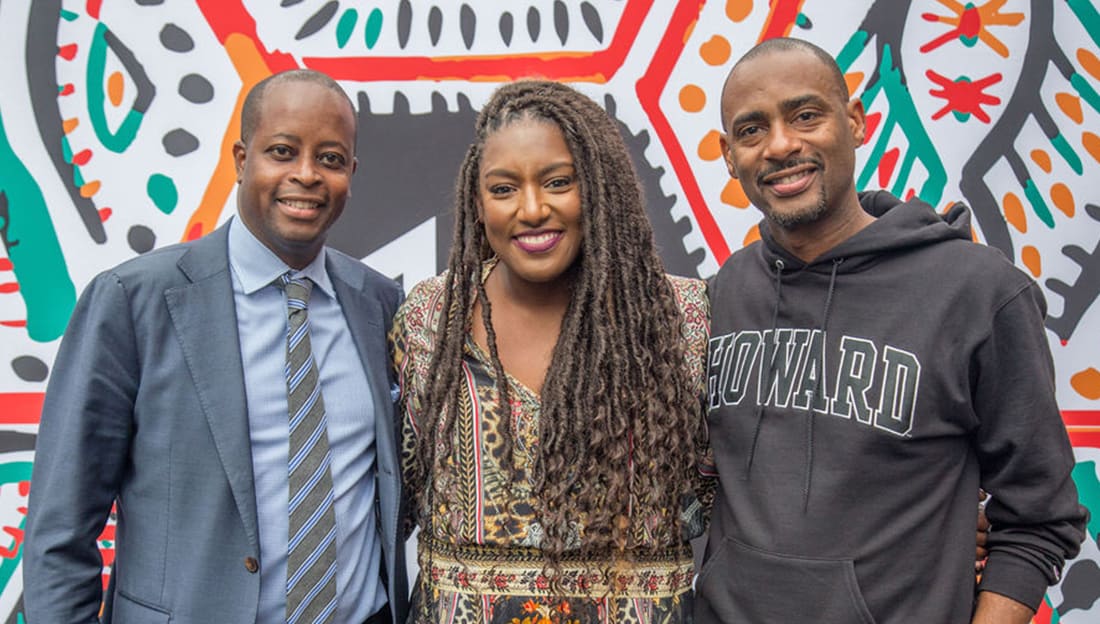 MACRO, a Los Angeles based company which was founded by Howard alumnus Charles D. King (who also pledged Kappa Alpha Psi Fraternity, Inc. at Vanderbilt University), teamed up with Howard University to create a summit dedicated to students who have plans to start careers in the entertainment industry after graduating.

The day-long MACRO x HU Entertainment Summit brought industry leaders to “The Mecca” to talk about the tools, preparation, tips and skillset that students need to focus on so that they can hit the ground running as soon as they graduate from their illustrious HBCU.

The summit included panels, Q&As with content creators, agents, and big names at studios. To top it off, they brought out two-time Grammy Award winner and four-time MTV Video Music Awards winner, Melina Matsoukas and finished off the summit with an advance screening of her new movie Queen & Slim, giving students the chance to meet the director.

We at Watch The Yard set up an interview with Stacey Walker King the Chief Brand Officer at MACRO to talk about the summit, its impact and the decision to host it at Howard University.

Check out our full interview below:

This summit was set up to give students the playbook on how to break into Hollywood and the entertainment industry, after hosting it, what do you think they left with?

The MACRO x HU Summit was nothing short of amazing and beyond my wildest dreams. Our incredible panelists came and shared words of wisdom, sound advice, inspirational messages and the real talk students need to hear. My goal for this was to engage, inspire and educate and I believe the students walked away with a renewed sense of direction and motivation to pursue this path.

You’ve thrown major events in Hollywood and at the Sundance Film Festival. What made MACRO come up with the idea to hold an event at Howard?

Building the Summit has been a vision of mine for a while and it was a logical move for us to launch this program at Howard. Charles is a proud graduate of the Howard University School of Law, several of our past interns have hailed from Howard and are now either back on campus or in LA working at jobs in the industry business. We have a great collaborative relationship with the school.

How do you think this summit has impacted the HBCU community as a whole?

This wasn’t just an event for students who already know they’re interested in entertainment and media. The activation itself was a draw. We erected a giant tent outside of one of the main theaters on campus and had an entire vibe out there! Even students who weren’t originally registered for the event came by, signed up onsite and came in to hear panels or engage with our brand partners—Color of Change, SheaMoisture, CommunityX (founded by an HU alum Chloe Rogers) and AT&T Dream in Black..  And though they may have come inside for the music and the vibe and the experience, many of them stayed and listened to the panels.

A major theme of the day was possibility.  The entertainment game has changed so drastically and we are the ones that create and shift culture. So, the vision that you have is possible and our panelists were the living embodiment of that. The message resonated with students both sure of their interest in entertainment and those just looking to get more information. 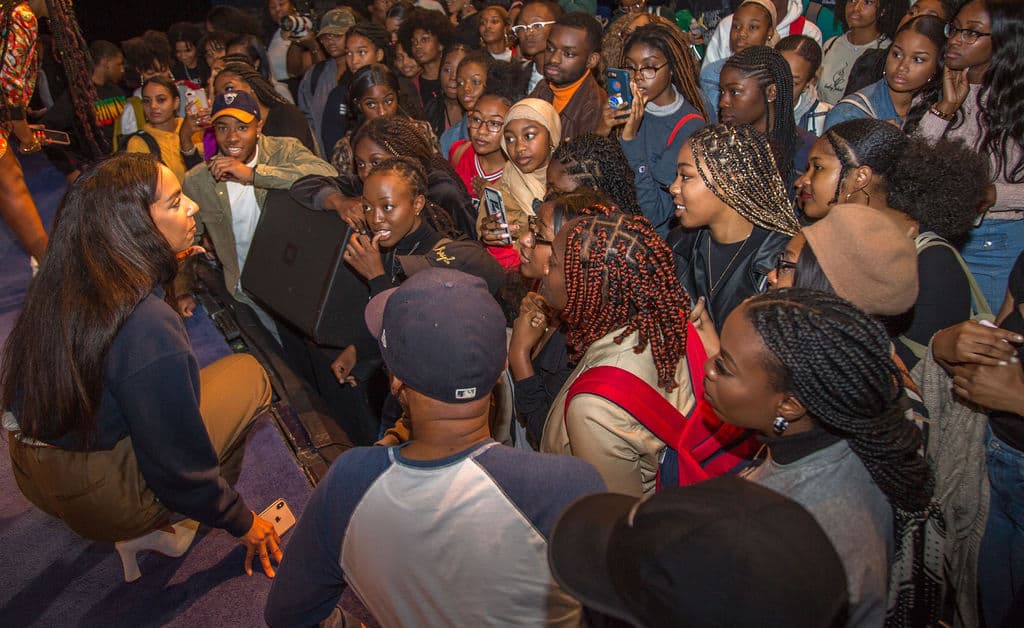 One part of the summit focused on preparing people with tips and advice about what they should do if they want to make the big leap and move to Hollywood. Why did you think it was so important to focus on this?

It’s so necessary! So often these types of conferences provide inspiration only, or focus on content creation only, which is good but not the whole story. Anyone aspiring to enter this industry should be well aware of the challenges and struggles of entry. The hard work and the hustle part, what the pay rates are, how to pay your rent while you’re paying your dues and solid tips to make those 6 months, 12 months, 2 years of grinding pay off in the long run! Also how to know the difference between what’s part of the job and what’s not right in your soul. 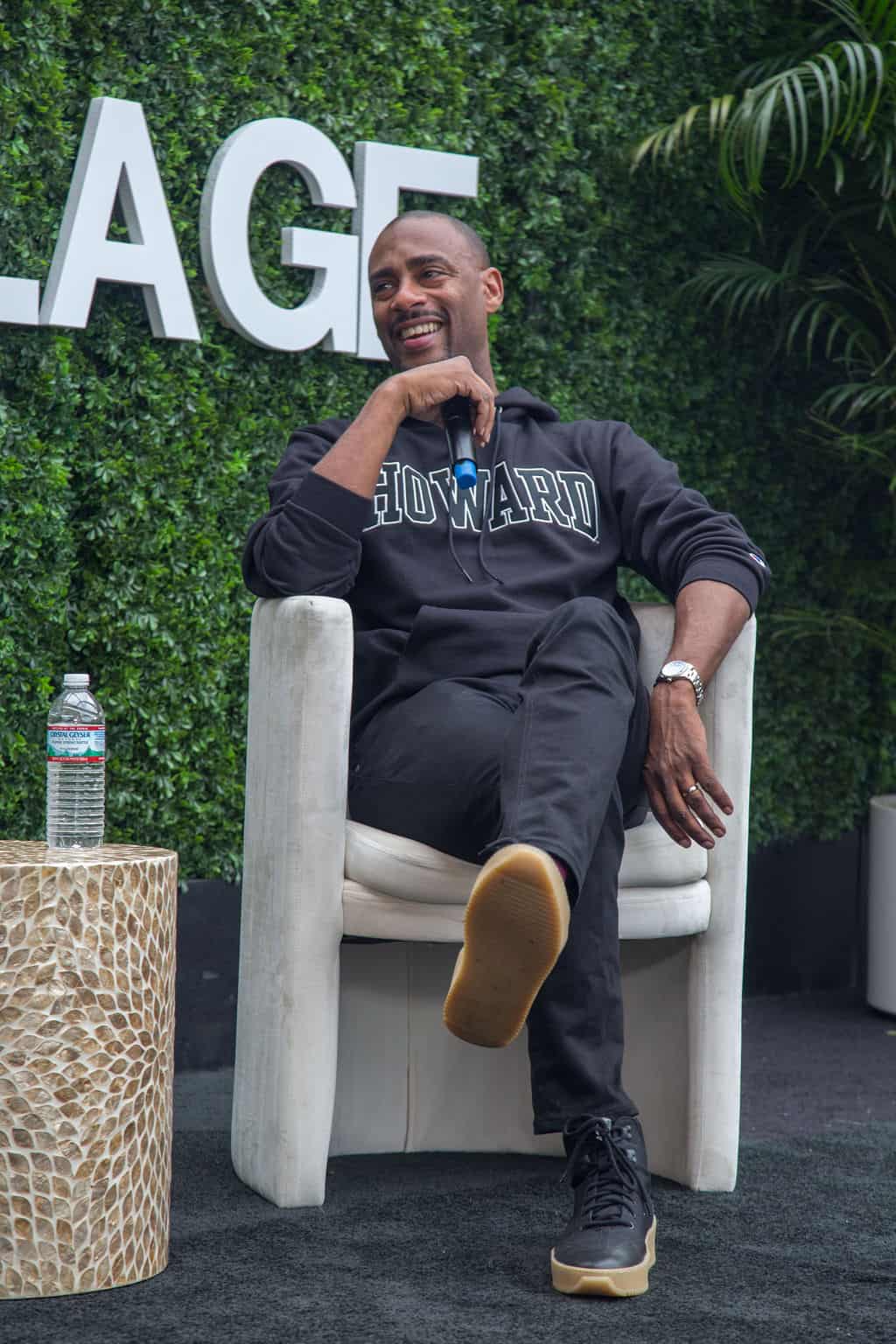 Who were some of the featured speakers and panelists?

How does this summit play into the overall goal of MACRO?

The Summit is part of our larger strategy to disrupt Hollywood and create a pipeline for talented individuals to show up in all aspects of the business – not just in front of the camera, but in the boardrooms, C-suites, executive offices, behind the cameras and every other aspect of this industry.

At MACRO, we have a stated mission—to shape culture and economically empower people of color on a global level. Helping to prepare this generation for the next step in their careers and creating that pipeline not only furthers our mission, but it creates other people to help see it through.

Will we see more of these summits in the future? Will they be at Howard?

Absolutely! We cannot wait to come back to HU! But make no mistake, we want to show up on other yards as well. Invite us, fam!

We at Watch The Yard would like to thank MACRO for brining this amazing experience to the HBCU community.