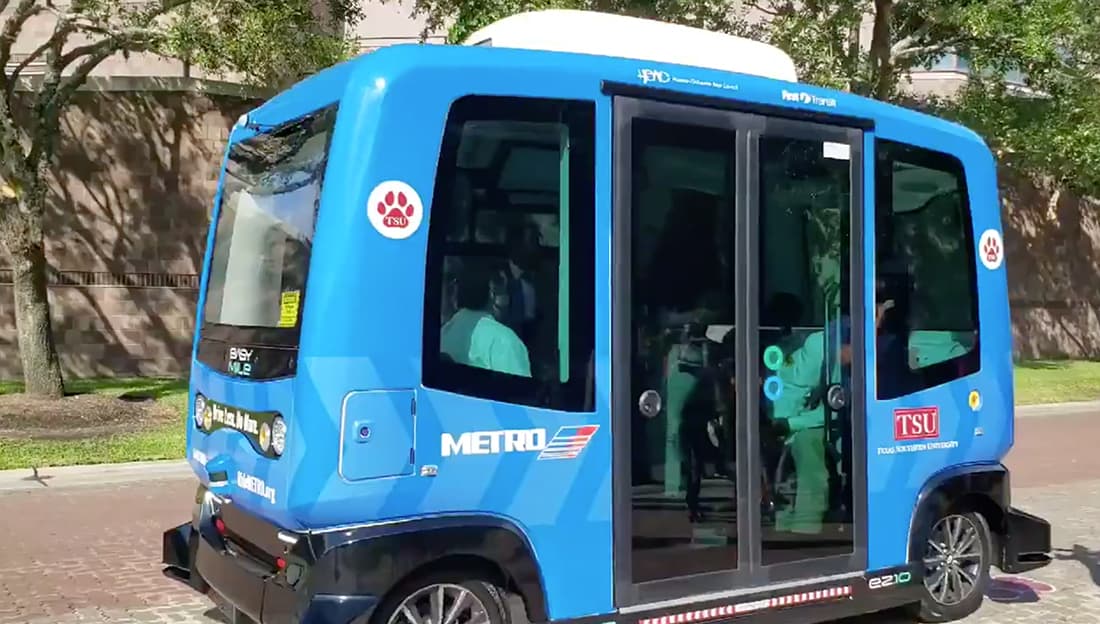 The 12-passenger vehicle is self-driving and will be used to transport people on campus back and fourth on TSU’s Tiger Walk.

The shuttle is part of a METRO run six-month pilot program to investigate how autonomous vehicles can be used in other parts of the region.

“TSU is no stranger to making history,” said METRO Chairman Carrin Patman at a ribbon-cutting event. “Which is why it is particularly fitting to have this pilot on this campus.”

TSU’s Center for Transportation Training and Research will also be involved with this project by helping provide information and data on ridership.

The TSU self-driving shuttle will have an operator on board who will be able stop the vehicle in case of emergency.