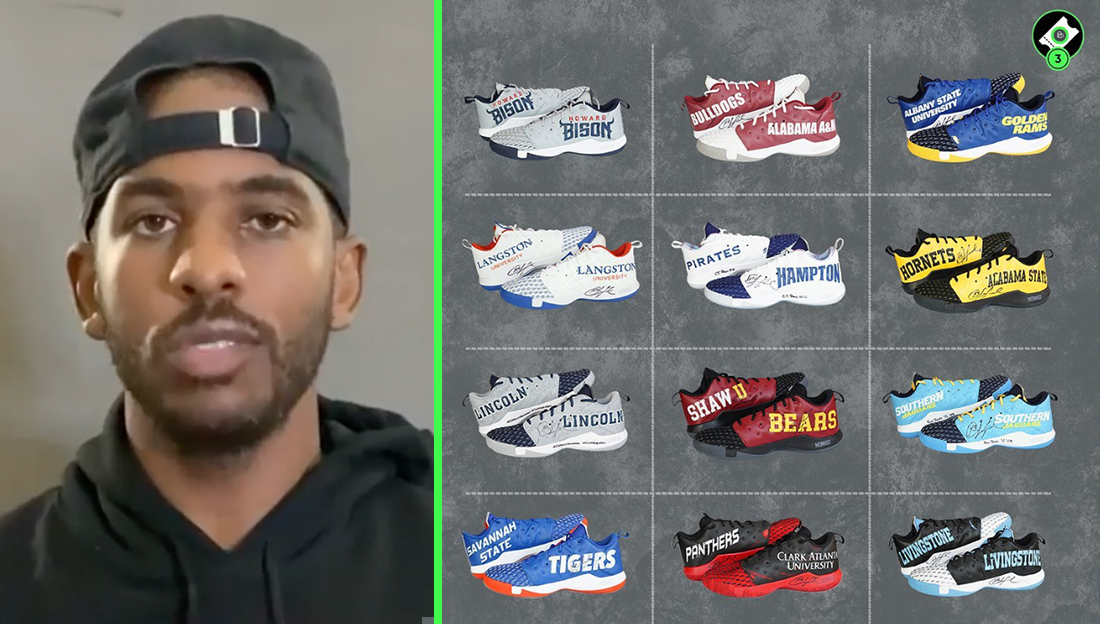 Over the last season, CP3 has been seen sporting HBCU gear in the “Bubble” as a way to support HBCUs by bringing attention to them and now through his partnership with Mov, he is using that clothing to raise money for HBCU basketball teams.

The Mov app that he is partnering with was founded by brothers Christopher Alston and Brandon Alston. It works by running sweepstakes on game-worn gear, giving fans the opportunity to enter for a chance to win apparel from their favorite athletes while helping support the athletes’ chosen initiatives.

“Chris’ family and circle of friends consist of many HBCU alumni that have given him a personal connection and insight into these unique insitutions. As the President of the NBPA, Chris has never steered away from an opportunity to help his community and has chosen Mov as his platform,” Mov stated in an email to Watch The Yard.

We at Watch The Yard would like to commend CP3 and the Mov app for making this happen. With the correct funding, HBCU basketball programs could be unstoppable.