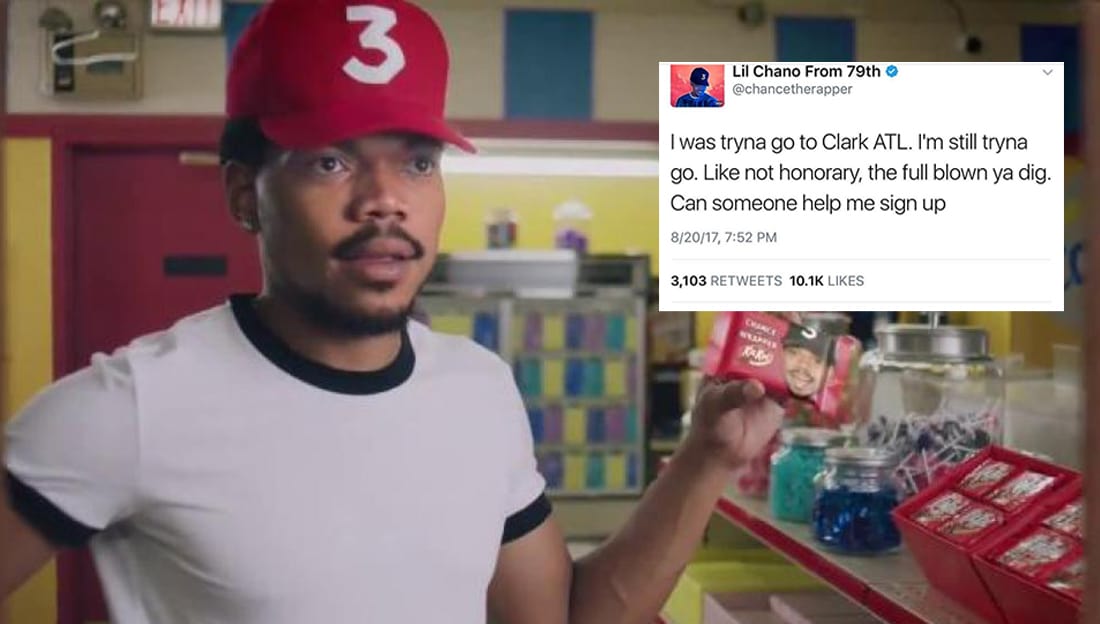 Chance the Rapper tweeted on Sunday night that he wants to enroll at Clark Atlanta University and and the person running Morehouse’s official Twitter stepped in and tried to change his mind.

I was tryna go to Clark ATL. I'm still tryna go. Like not honorary, the full blown ya dig. Can someone help me sign up

Just an hour after Chance’s tweet, Morehouse jumped in an commented.

The AUC is a great place to be. Morehouse is an even better House to call home! Welcome home my brother, we would love to have you in Atl.

Clark wasn’t having it…

He said #CAU. Stop the madness.

Morehouse, Clark and Spelman are all right next to each other in Atlanta and make up the AUC. While Spelman didn’t chime in, one twitter user imagined what their reaction to this battle for Chance would be.

Do you think Chance would be better off at Morehouse or Clark?