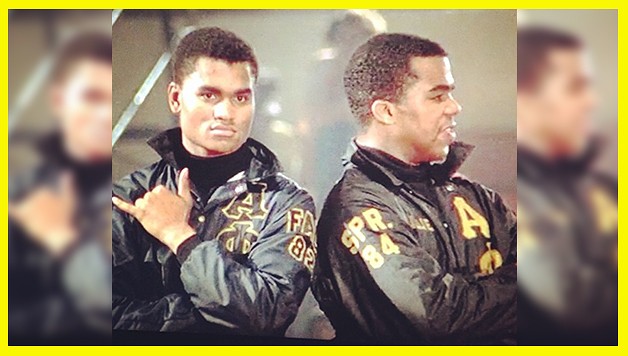 Do you remember when the Alphas got on stage and performed a step show in Spike Lee’s “School Daze”?

For many people, this was the first time they had ever seen a step show and thus we think it is a very important part of Black Greek history. Before the movie came out, Black Greek stepping as an art form had not been shown on big screens and this brought the culture to a wide audience of Americans and future college students who otherwise would have had no idea about NPHC fraternities, sororities or stepping. Just think about the impact that this step show scene probably had on young boys who would later go to college and become Alphas or go Greek in general.

“This movie is the reason I wanted to attend an HBCU at such an early age and I found out recently that the Frat speaking is one my parents. Go head Dr. ROSS!!! 006!!” Corey Sheffield wrote about the step show. “The first time I ever saw a Black fraternity was in this film,” another commenter wrote.

We at WatchTheYard.com would like to thank Spike Lee for creating this scene and the Alpha Rho chapter Alphas from Morehouse who performed this step. Without it, WatchTheYard.com might not be here today.

Now our question for you: Where were you the first time you saw “School Daze”? Let us know in the comment section below!

Share this on Facebook if you think this piece of Black greek history deserves to go VIRAL!