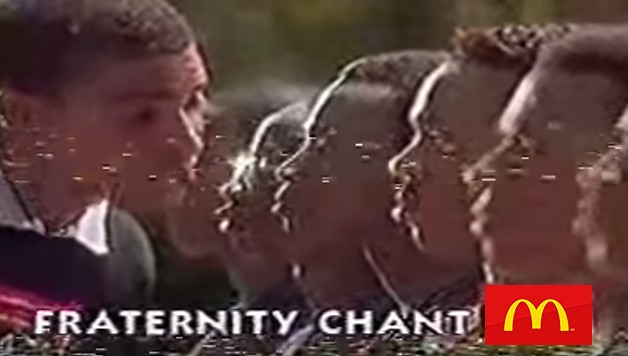 Black fraternities and sororities were so popular on television in the late 80s and early 90s and everybody was trying to get a piece of their marketing power…even McDonalds.

Check out this video we found from 1989 where a dean tells his pledges to spit the “McDonald’s Chant.” The pledges then recite the McDonald’s menu as if they were listing off their founders.

Do you remember seeing this commercial?