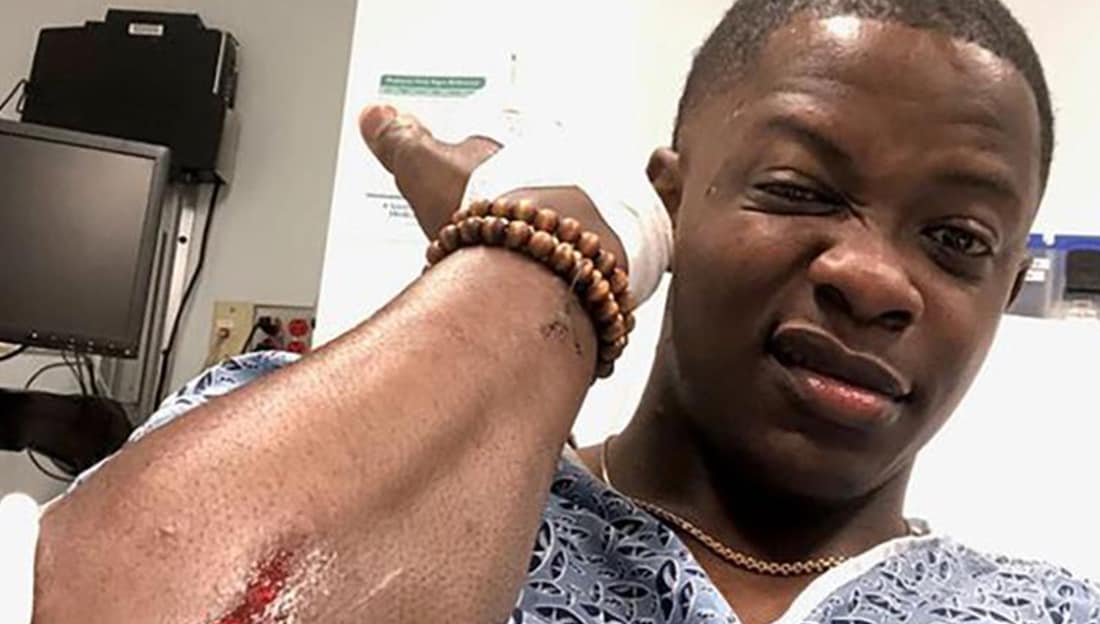 According to a press conference after the shooting, Shaw ran into the bathroom to take cover from bullets and then lunged at the gunman when he heard the shots stop and saw the gunman reloading his AR-15. The 29-year-old then wrestled the assualt rifle away from the shooter and tossed it away so that it could not be reached and the gunman fled the scene.

“If I let him load that weapon… It wasn’t going to be another chance,” Shaw said. “There was nowhere to go.”

Shaw sustained injuries to his hand from grabbing the hot weapon and his elbow was grazed by a bullet during his ambush.

“He is the hero here, and no doubt he saved many lives by wrestling the gun away and then tossing it over the counter, and prompting the man to leave,” Metro Nashville police spokesman Don Aaron said in a statement.

Three people died at the scene and one person was declared dead at Vanderbilt University Medical Center, the police said.

Just hours after the shooting, CNN reports that Shaw went to church with his father.
“I don’t think it really has hit me,” Shaw said in an interview with CNN’s Fredricka Whitfield. “But I know it’s going to take time. I’m going to try to talk to some professional help, ’cause I know what I saw is probably not normal or average.”

“There’s four families that are grieving right now. So much life was lost for no reason. I feel like it could be very selfish of me if I didn’t point it out,” he stated in an interview with WSMV.

Shaw is a 2011 initiate of the Beta Omicron Chapter of Alpha Phi Alpha Fraternity, Inc. at Tennessee State University.

The national headquarters of Alpha Phi Alpha published a post to their official Facebook page recognizing his bravery.

“Brother James Shaw Jr., your courage & bravery you displayed this morning in stopping an active shooter is a true testament to your character. Words cannot describe how grateful we are for you,” they tweeted.

Brother James Shaw Jr., your courage & bravery you displayed this morning in stopping an active shooter is a true testament to your character. Words cannot describe how grateful we are for you 🤙🏽#ThereGoesThatAlphaMan #9BO11 pic.twitter.com/WeVC9mauK7

We ask that you keep the victims, their families and everyone who has been affected by this tragedy in your thoughts and prayers.