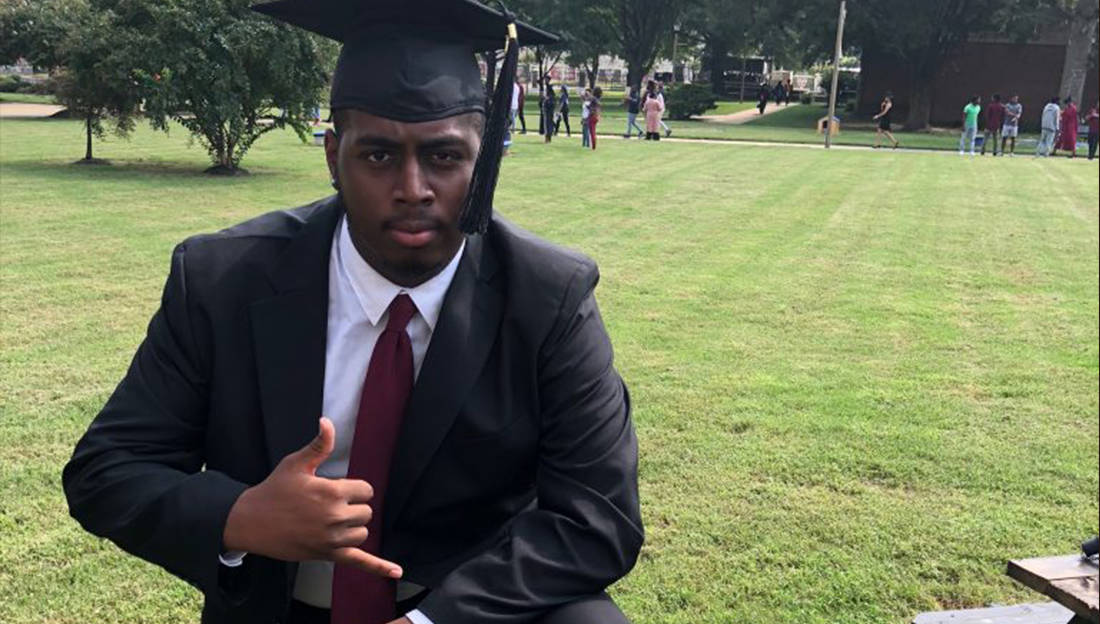 In an effort to highlight the young leaders who are leading undergraduate chapters across the nation, we at Watch The Yard reached out to the brothers of Alpha Phi Alpha Fraternity Inc.’s Gamma Chapter at Virginia Union University and did an interview with Tylin C. Lyle the former president of the chapter.

The position of president of an undergraduate chapter of a Black fraternity is a highly respected role and there is a special pride that one takes. 21-year-old Tylin Lyle has used the position to gain new leadership experience, improve the lives of other students on campus and help the community around him.

We interviewed the Criminal Justice/Criminology major and talked about his position, goals, future and what it means to hold a leadership position on campus in the digital age.

What specific initiatives is your chapter heading up this year and how do you think they will improve the campus/surrounding community?
One of our initiatives are known as Project Y.O.U.T.H (Youth Overcoming Undesirable Tragedies at Home). This initiative is a mentoring program that falls directly under one of our National Programs Go to High School, Go to College. This program consists of brothers going to local schools all throughout the United States and even some foreign countries to showcase the fraternity and their personal gain outside of the organization as a motivation mechanism to help their efforts to achieve higher education. Some of the communities that have been impacted by this initiative are Petersburg, Virginia, Sussex County, Virginia, Richmond, Virginia, Brooklyn, New York , Norfolk, Virginia and even Ghana, West Africa. Brothers have been able to donate books, clothing materials, host spelling bees, and even scholarships to outstanding students. Many students face harsh circumstances throughout their early years of school which can alter their path to higher education; Project Y.O.U.T.H serves as the counteract of these circumstances that are common.

What made you want to pledge Alpha Phi Alpha?
Similar to Virginia Union, Alpha Phi Alpha fraternity, Incorporated has impacted my life tremendously. As a native of Brooklyn, New York there were not an abundance of men that dominated both as a collective and individually. Arriving on campus back in fall of 2015 the men of this prestige organization have impacted me and has enabled me to have the mindset of progressing by any means. That key impact has driven me to want to derive from the organizations qualities while contributing to its impact all in one. It is not often that you can surround yourself with those on the same mission in the same direction. Outstanding brothers such as Brother Daequon Porteous (Spring 14 initiate, Gamma) who is also a native of Brooklyn, New York gave me the hope I was looking for knowing my previous circumstances back home. Now I have the opportunity to do for others as the brothers have once done for me. 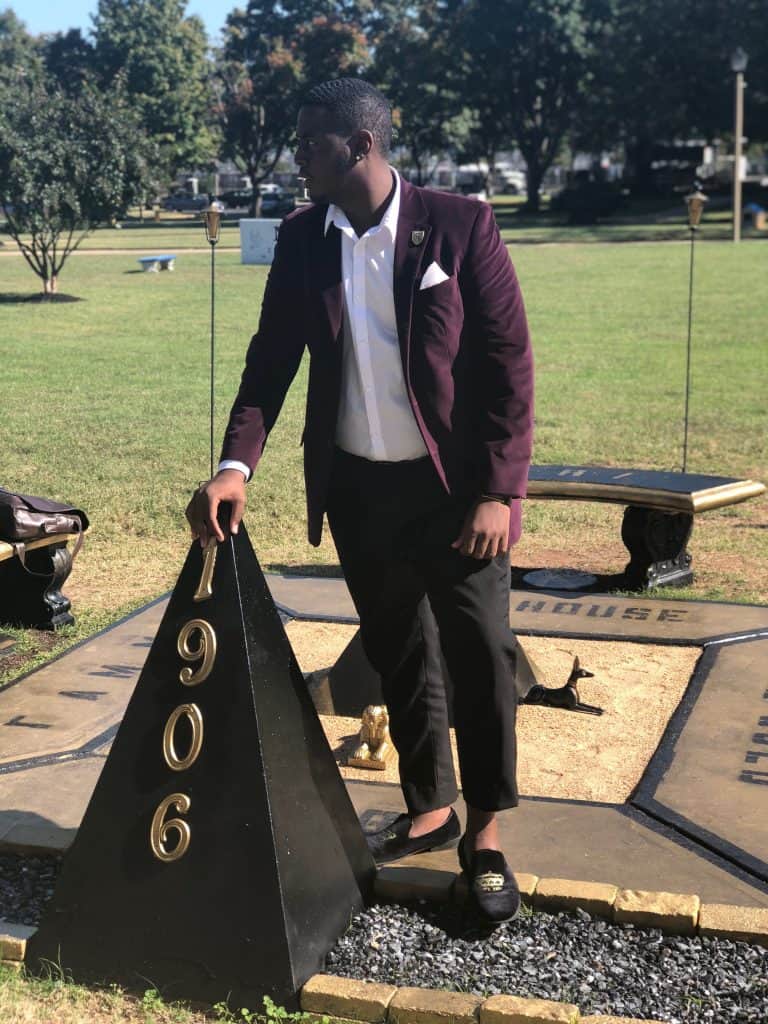 What is it about your specific chapter that makes it so unique?
Gamma is the third oldest chapter in black greek history to ever be chartered and the second to ever be chartered at an HBCU. This means that we precede any other black greek letter organization to ever be founded. It is not often that a chapter can say that they were chartered by one of their organizations founders. However, what makes being chartered by Eugene Kinckle Jones is that he is a native of Richmond, Virginia and he has chartered this great chapter at his Father’s Alma Mater. The Gamma chapter is the home of Egyptology which means we are accredited for the fraternity making analogies of the pharaoh and any other Egyptian representations. Gamma is the same chapter that has never been Suspended for 110 years and counting since the chartering date of Monday December 30th, 1907 making not only the third oldest but the longest running chapter in black greek history. What sets Gamma different from other chapters both within and out of the fraternity is that we do not “ride the wave” of our past accomplishments in the recent years, we strive to not only set the standard but consistently raising the standard.

We now live in a digital world, what do you think undergraduate chapters across all orgs need to do to represent themselves online in 2018?
I believe that all chapters should establish unique way to brand themselves whether it is through a chapter website, profile, or blog page. These strategies can allow doors to open for communication and opportunities for the undergraduate brothers. Branding is definitely a key component in representation of a chapter. In the age of social media, we as undergraduate greek chapters often lose sight of the values and standards set and by our founders in our pursuit of social relevance and clout. In order for our spheres of influence and nobility to continue, we must ensure that we are representing ourselves with the highest degree of excellence.

What does leadership mean to you?
Leadership is the action behind the words and the vision put forth by a leader. Leadership is simply pouring into others the values that was once poured into you. Although I do not believe all leadership acts should not be posted on social media, I do believe that it should be recognized because of its impact. Leadership is also doing for others what has not been done for you whether it may be in a school, community, local street, and/or campus. I always believed in the philosophy of Booker T. Washington when he mentioned “Cast down your bucket”. As a leader you must remember to help others as you climb to the top and never forget where you came from.

What do you plan on doing after graduation?
Upon Graduating I plan to attend Graduate school focusing on Homeland Security or Forensic Psychology while starting my career in the Criminal Justice field. I plan to join my chapter’s graduate chapter Xi Delta Lambda to continue the work of Alpha and help my undergrad brothers continue to get the work done. 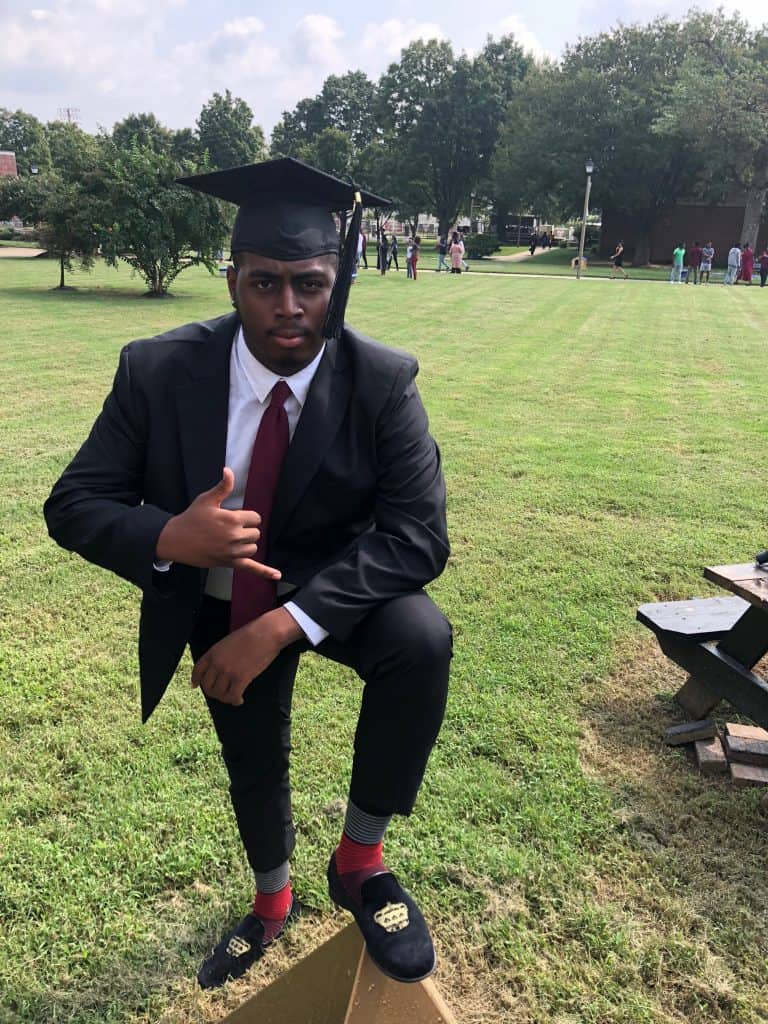 We at Watch The Yard would like to commend Tylin C Lyle for his work as the president of Gamma Chapter which has a long legacy that spans back to 1907.