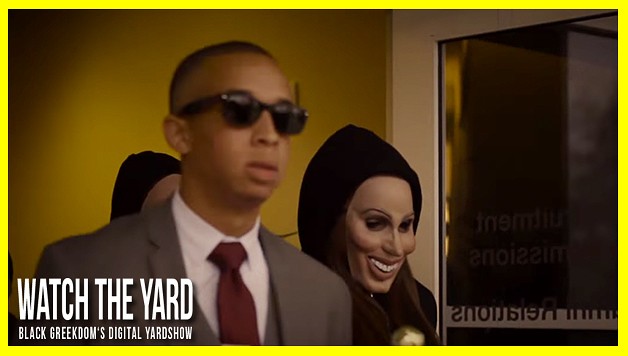 The Alphas at Morehouse throw one of the best Black and Gold Pageants in the country. Just watch the video and you will see why!

Check out this promo video for the Alpha Rho Chapter of Alpha Phi Alpha’s annual Miss Black & Gold pageant. Pageantry is placed in high regard in the Atlanta University Center (Morehouse, Spelman, & Clark Atlanta), and their pageant is widely considered around the country to be the best.

Roughly a week before the pageant, they unveiled their 13 pageant contestants at the homecoming Hump Wednesday, a weekly block party for AUC students held on the campus of Morehouse. The pageant’s theme was “The Purge,” and the masks and outfits of the contestants played directly into that. On Halloween, they held their Purge-themed pageant in front of a sold-out King Chapel, the largest building on the Morehouse campus.

Their Miss Black & Gold, Jasmin Eatman, went on to win the Miss Black & Gold pageant in both the state of Georgia and the Southern Region; she will be competing at the Fraternity’s general convention in August.

Take a look at the following two videos and you will understand why the Black and Gold Pageant at Morehouse is among the cream of the crop nationally.

Click on the arrow below to see the brothers stroll after the unveiling.

Prev1 of 2Next
Use your ← → (arrow) keys to browse
0 Shares
Share
Tweet
Related Topics:2014alpha phi alphaalphasatlantaaucgeorgiaMiss Black and GoldMorehousepageantvideo