The Alphas at Old Dominion University went from “Zero to 1906 real quick”!

The Nu Theta Chapter of Alpha Phi Alpha Fraternity, Inc. at Old Dominion University (Norfolk, VA) was named the College Chapter of the Year at the 2017 ΑΦΑ Eastern Regional Convention in Alexandria, VA on April 1, 2017. This is a great achievement but it is even greater because less than 360 days before winning the award, the chapter was about to die because of lack of membership.

Approaching their 40th Charter Day on April 24, 2017, the 471st Chapter has defied the odds and setting an amazing example for undergrad chapters looking to improve and represent their organizations to the fullest. Going from Cease-and-Desist to the Chapter of the Year for District VII (VACAPAF), then Chapter of the Year for the Eastern Region in less than one calendar year definitely deserves recognition.

Some of Nu Theta’s prominent programs, philanthropy, and initiatives include:

– The NASTY Truth: A monthly series of open discussion, debate, and lectures focusing on uncomfortably discussed issues such as sexual assault and domestic violence, STD’s, depression and suicide and more, to raise awareness and activism.

– A Boogie Wit Da Hoodie: A philanthropic event where celebrity Hip-Hop Artist, A Boogie appeared at ODU for performance, autographs, and pictures, in return for slightly used hoodies to donate to a local charity.

– The “N” Word: An active panel discussion based program about the origin, use, and controversy surrounding the ignorantly used term, and ideas on how to create awareness. 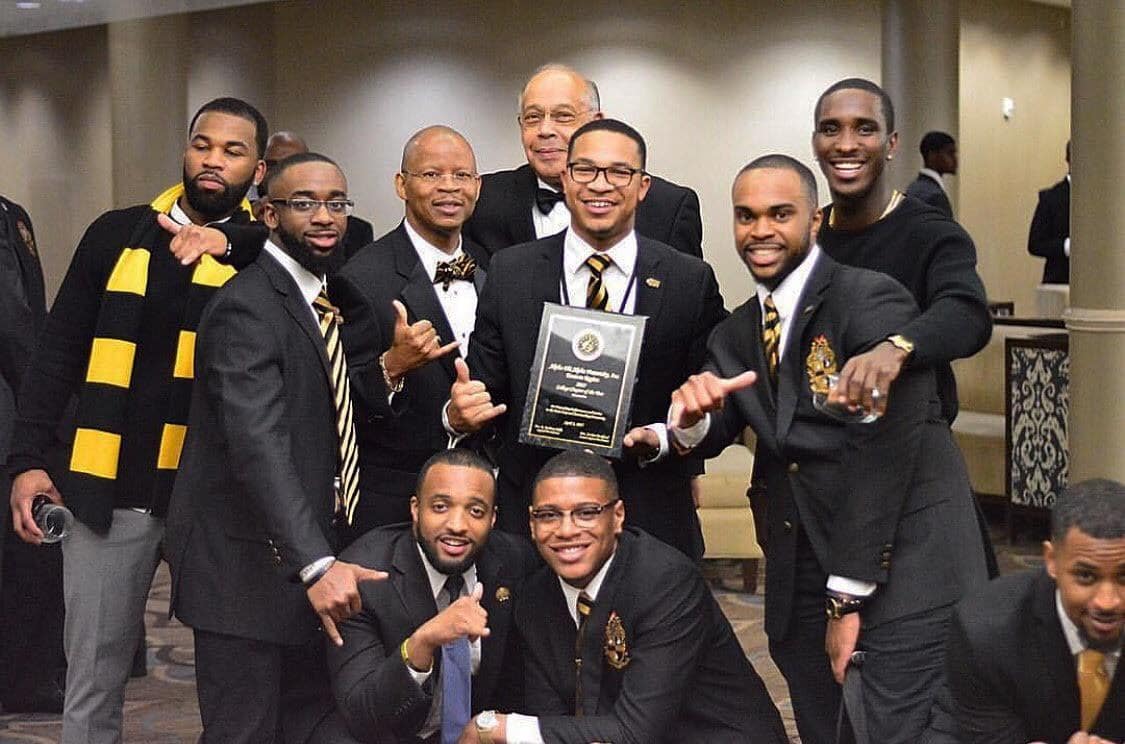 Nu Theta was also recently awarded a whopping 12 additional awards in 2017 from the Old Dominion University’s Fraternity and Sorority Life program. Beating of over 30 different fraternities and sororities on campus, the chapter brought it the following awards including,

The Nu Theta Chapter is diligently moving onward and upward and upholding the light of Alpha. Nu Theta plans to continue their journey during the final round this summer at the 2017 ΑΦΑ General Convention where they will compete for the National College Chapter of the Year award.

We at Watch The Yard would like to congratulate these young brothers and the alumni members who helped them take their chapter from the brink of non-existence to one of the most successful Alpha Phi Alpha undergraduate chapters in the nation.

Black greekdom is all about improvement, learning and the pursuit of excellence and it is exemplified in this chapter.