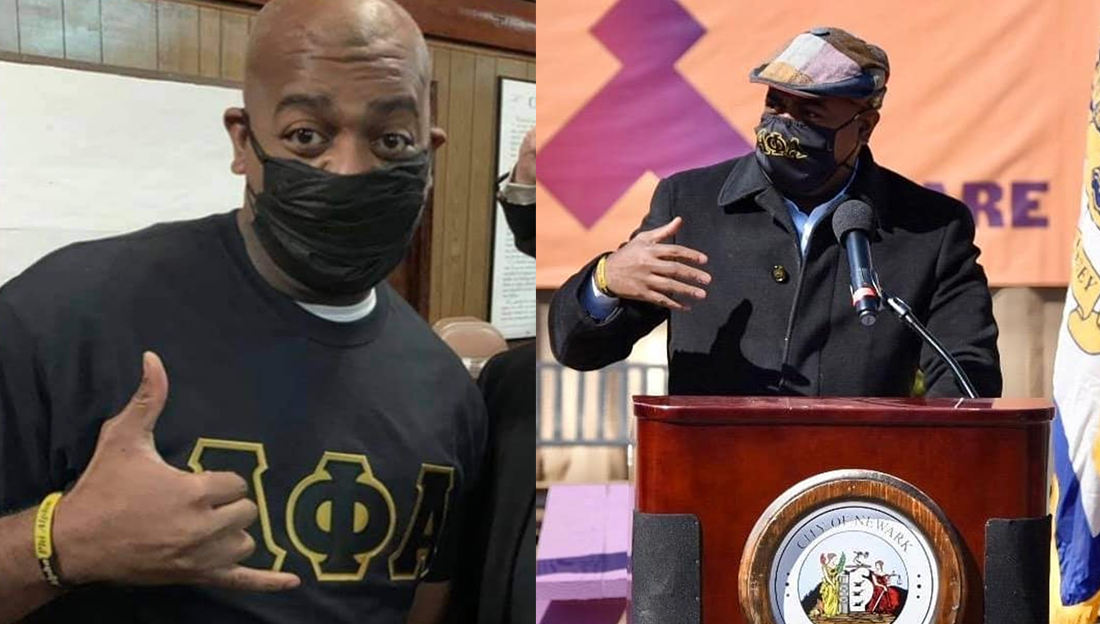 On Monday, Mayor Baraka took to social media to highlight the new 24 hour shelter for residents without homes and in the picture he was also sporting an Alpha Phi Alpha mask.

Mayor Baraka received his Bachelor of Arts degree in Political Science and History from Howard University in Washington, D.C. and a Master’s Degree in Education Supervision from St. Peter’s University in Jersey City.

His father, the late Amiri Baraka, was a legendary poet and playwright. His mother, Amina Baraka, is herself a renowned poet.

Before becoming Mayor, he was a member of the Municipal Council of Newark and the principal of the city’s Central High School.

Mayor Baraka is a published author and is well-known in the entertainment industry for his appearance on the Grammy-award winning album, “The Miseducation of Lauryn Hill” in his role as an educator, and for his EP “What We Want.”

We at Watch The Yard would like to welcome Mayor Baraka to Black greekdom.