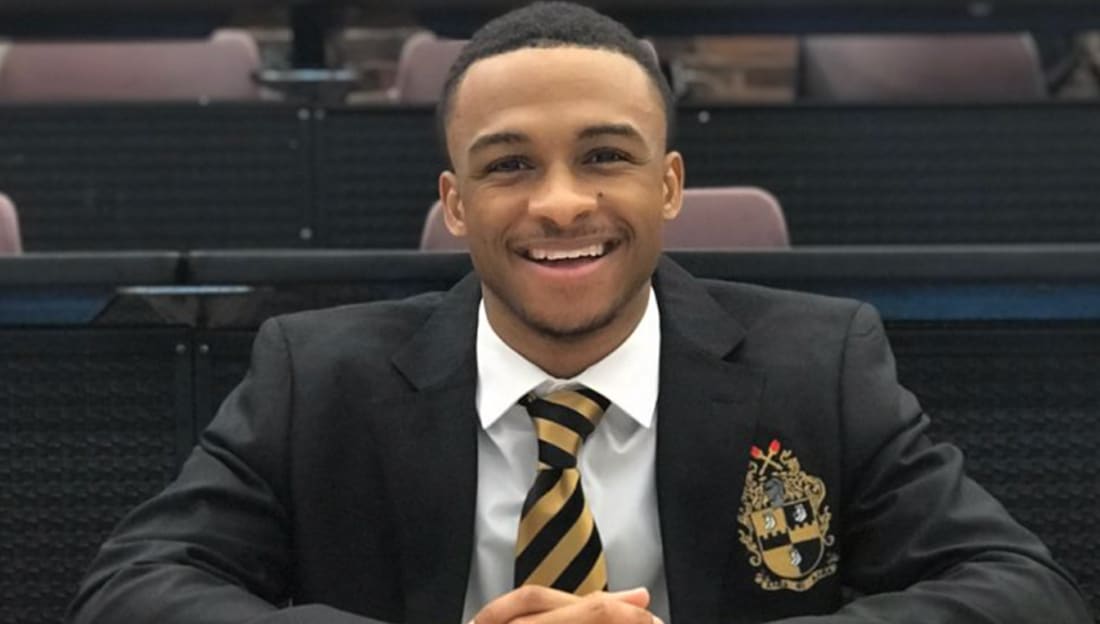 In an effort to highlight the young leaders who are leading undergraduate chapters across the nation, we at Watch The Yard reached out to the brothers of Alpha Phi Alpha Fraternity Inc.’s Epsilon Chi Chapter at the University of Kentucky and did an interview with Kelechi Omenyinma the president of the chapter.

The position of president of an undergraduate chapter of a Black fraternity is a highly respected role and there is a special pride that one takes. 21-year-old Kelechi Omenyinma has used the position to gain new leadership experience, improve the lives of other students on campus and help the community around him.

We interviewed the Public Health major and talked about his position, goals, future and what it means to hold a leadership position on campus in the digital age.

What does it mean to be a chapter president to you?
Alpha Phi Alpha Fraternity, Inc., the EXalted Epsilon Chi chapter, was chartered April 1st, 1965 on the campus of the University of Kentucky. That day, Epsilon Chi became the first National Pan-Hellenic Council organization to charter on an SEC campus. Since then, the Exalted brothers have continued to uphold the light of Alpha. Being president of a chapter with such a rich history and tradition is one that is truly an honor and privilege. My role has presented me with the opportunity to contribute to the chapter’s history, add to the bricks that have been laid as the chapter’s foundation, and continue to build the house of Alpha. 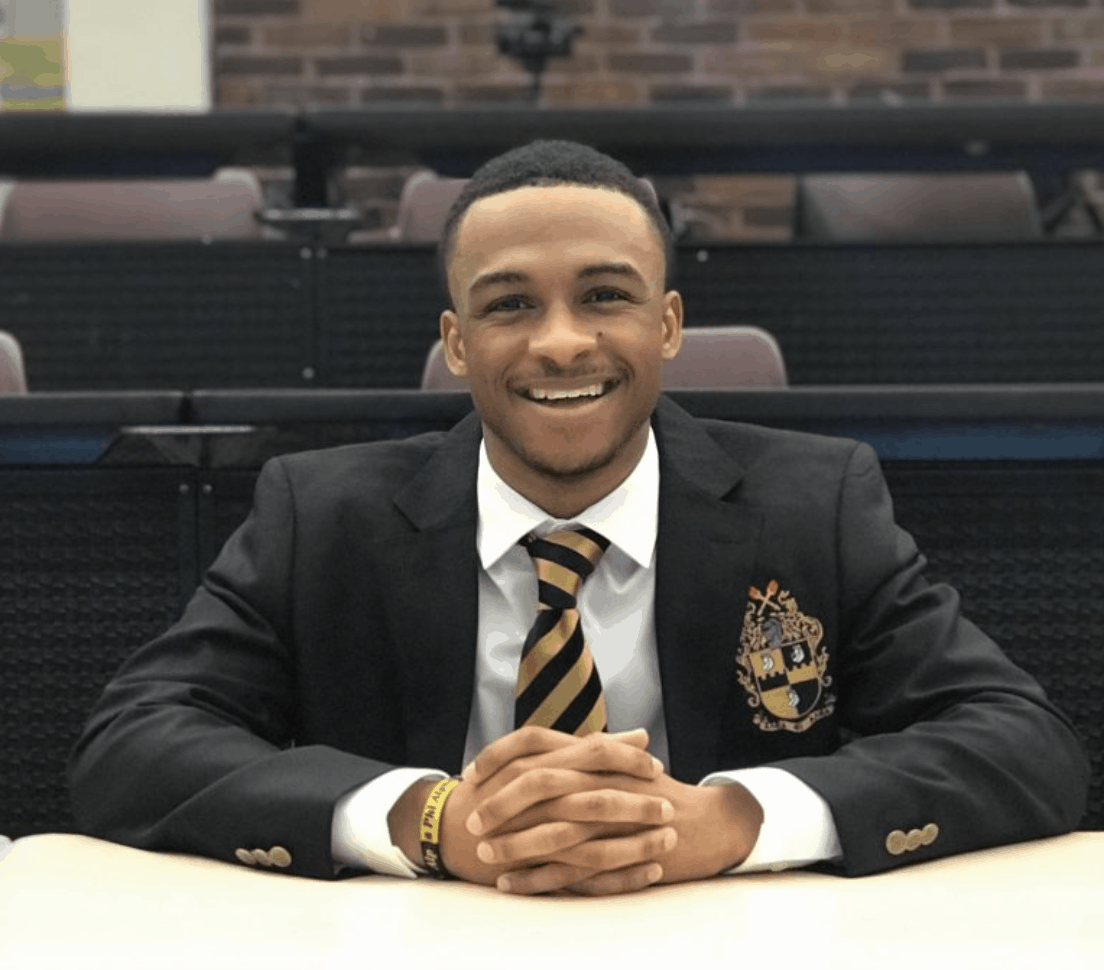 What made you decide to attend the University of Kentucky for undergrad?
I was born and raised in Louisville, KY which is a little over an hour away from the University. I wanted to get away from home but be close enough that I could visit when I wanted. I am pursuing a career as a Physician Assistant and the university is ranked top 40 in the nation.

What specific initiatives is your chapter heading up this year and how do you think they will improve the campus/surrounding community?
Epsilon Chi is focused on developing new and more efficient ways to connect with students on campus as well as continued efforts to make a change on campus for the betterment of its students. A specific chapter tradition we hold every spring semester is called I.M.P.A.C.T. week. I.M.P.A.C.T. stands for I Made Progress And Change Today. I.M.P.A.C.T. week is a week dedicated to community service and making a difference in the lives of those who are less fortunate. Our hope is to get students to be more engaged in community service to better the Lexington community. 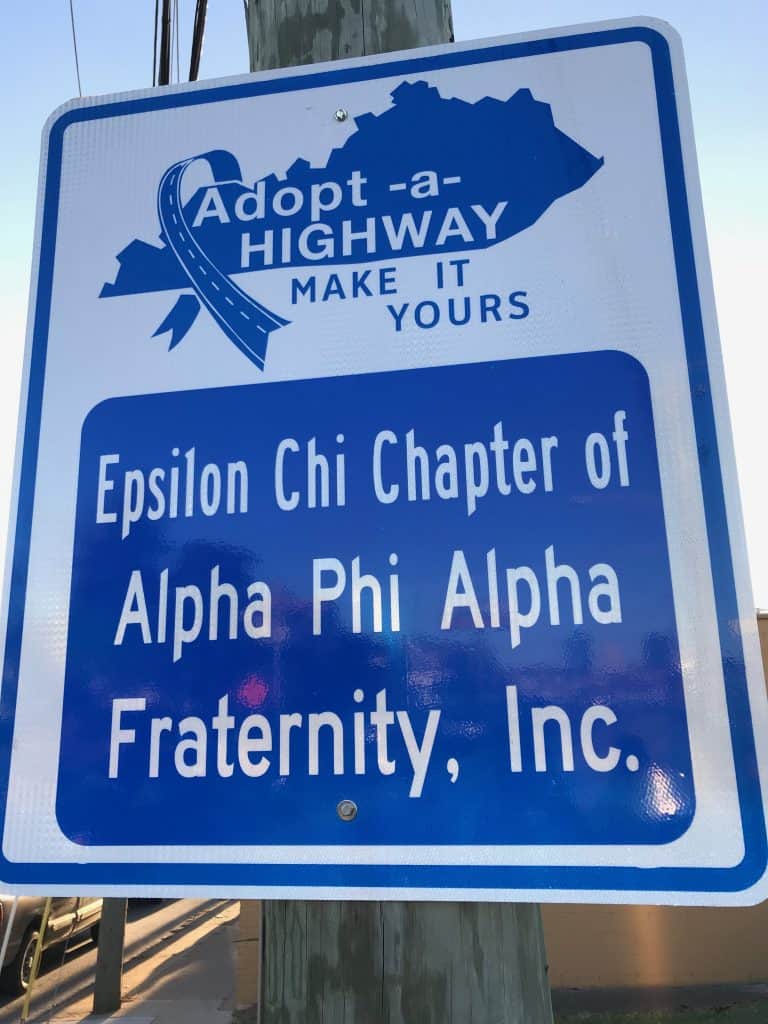 What made you want to pledge Alpha Phi Alpha?
What made me want to pledge the oldest, the boldest, and the coldest Alpha Phi Alpha Fraternity, Inc. was the impact they consistently made on the campus of the University of Kentucky. Brothers in the chapter were always involved in multiple organizations and held leadership positions as well. More often than not when I saw an ALPHA man, they were always achieving new heights. I had the opportunity to experience how the frat developed some close friends and family and around me. Names such as Martin Luther King Jr., Jesse Owens, Thurgood Marshall, Duke Ellington, and Stuart Scott all influenced my decision. Alphas are very versatile.

What is it about your specific chapter that makes it so unique?
Alpha Phi Alpha Fraternity, Inc. the Exalted Epsilon Chi chapter, was the first NPHC organization to be chartered on an SEC campus. The year 1965 was the peak of the civil rights movement. The Epsilon Chi chapter provided a brotherhood for African Americans on the campus of the University of Kentucky in a time of desperate need. We are also the only chapter to hold an annual I.M.P.A.C.T. (I Made Progress And Change Today) week which is dedicated to service in our community. 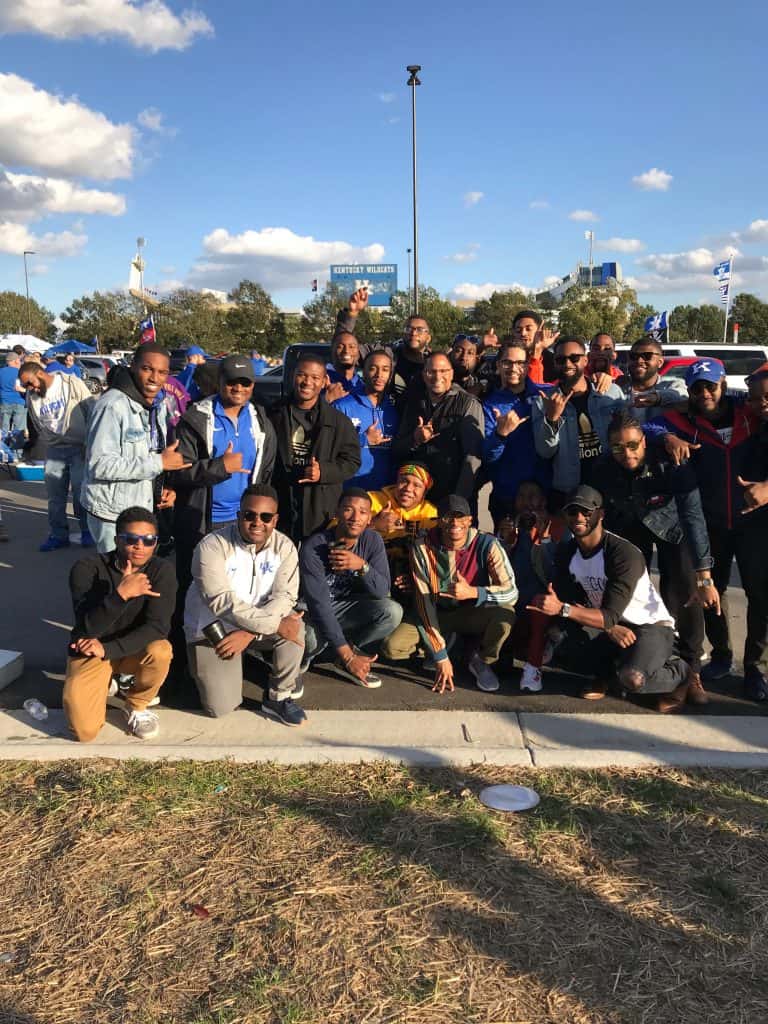 We now live in a digital world, what do you think undergraduate chapters across all orgs need to do to represent themselves online in 2019?
Social media has definitely changed the game. The ways in which we are able to interact with incoming and returning students has increased. For example, marketing tactics such as posting flyers on Instagram stories and using polls to interact with your followers. Social media has made an impact in the way my chapter brands itself. The use of Instagram highlights to show the service, events, and accomplishments our chapter alumni have achieved are all effective ways of chapter branding.

What does leadership mean to you?
For one to lead you must first understand how to follow. Being a leader is not taking those who follow you for granted. A leader without followers is simply a man or woman taking a walk. Leadership is about understanding that there are people who look up to. It is knowing the importance of the example you set and molding the leaders of tomorrow. A true leader does not pursue dishonest gain. A leader is one who creates an inspiring vision of the future and motivates and inspires people to engage with that vision. 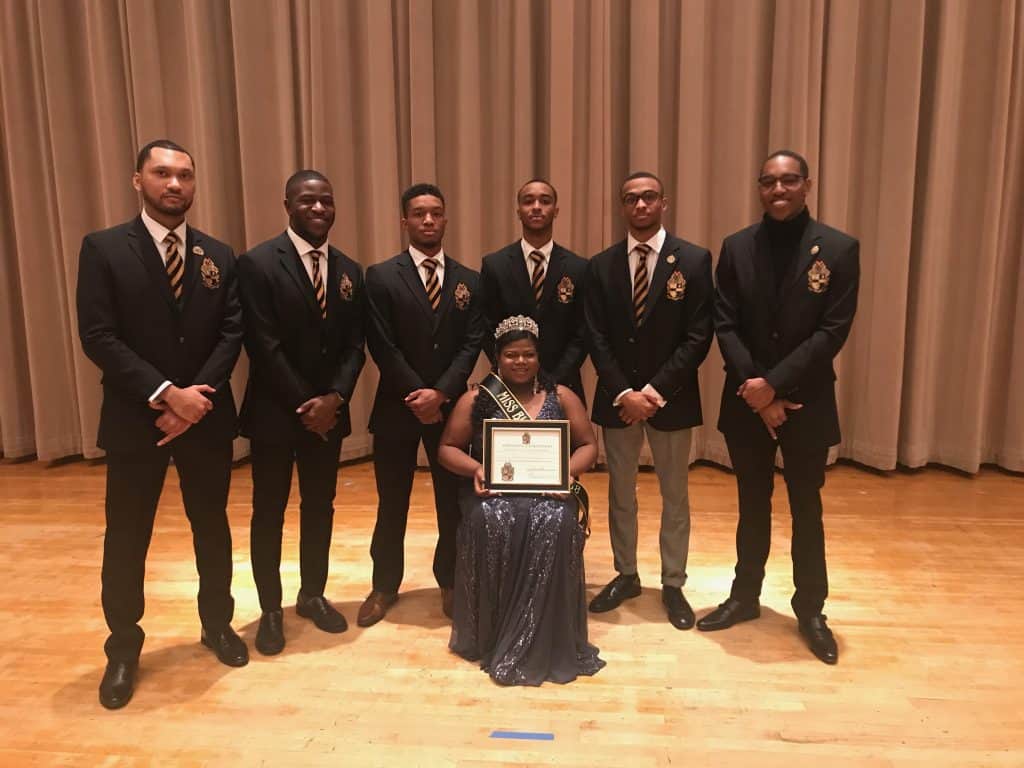 Why do you think Watch The Yard is important to Black greekdom?
Watch The Yard gives the world a better understanding of Greek life for African Americans. It shows that we do more than step and stroll. Watch The Yard is vital in bringing many people of different cultural backgrounds together who share common beliefs. Ultimately, Watch The Yard is about uniting the Divine 9 in a time when change is needed the most.

What does brotherhood mean to you?
Brotherhood is not something that is easily explained. It is about the continued development and maturation of a lifetime bond. Brotherhood is understanding that if I am to transcend, I must first help my brother transcend. A brother is one who continually pushes you to be the best version of yourself. Brotherhood is about being able to tell each other something you may not want to hear but need to hear. Brotherhood is when you can extend a helping hand and expect nothing in return, and never reminding them of the deed. 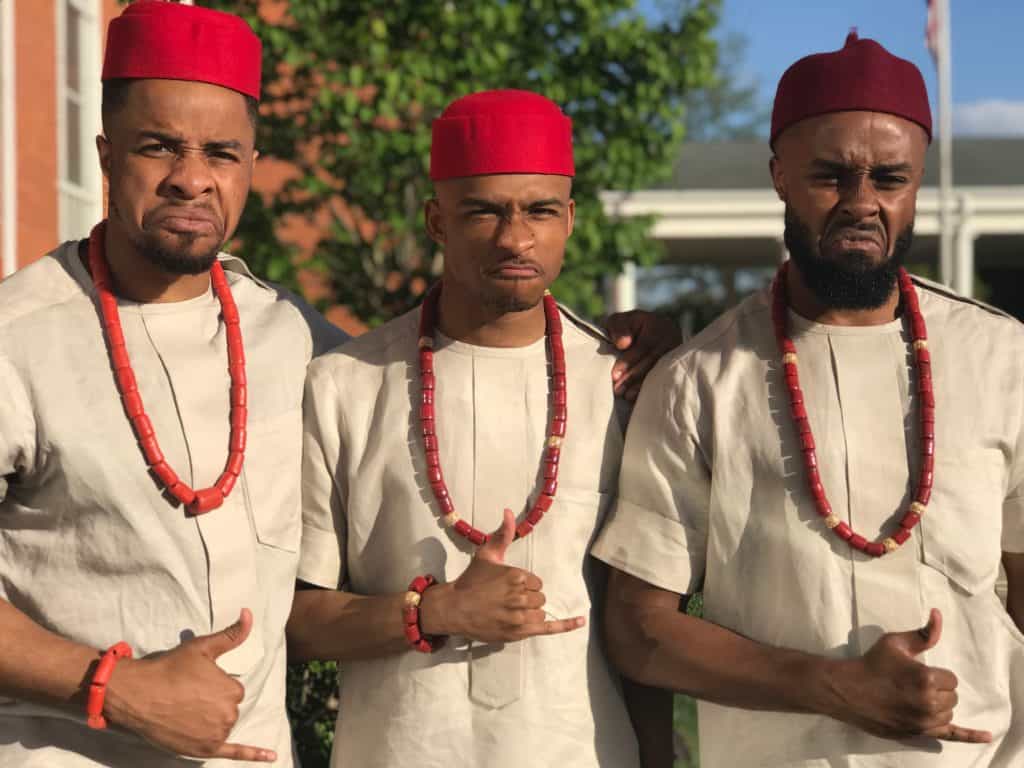 What do you plan on doing after graduation?
Upon completion of my degree, I plan on attending graduate school to pursue my master’s degree in physician assistant studies. As an infant, I was born almost 2 months premature and weighed 2lb and 15oz. A medical professional was responsible for saving my life. My passion will soon lead to me do the same for others. As of now, I plan on sub-specializing in neonatology and working with newborns in the neonatal intensive care unit.

We at Watch The Yard would like to commend Kelechi Omenyinma for his work as the president of Epsilon Chi Chapter which has a long legacy that spans back to 1965.