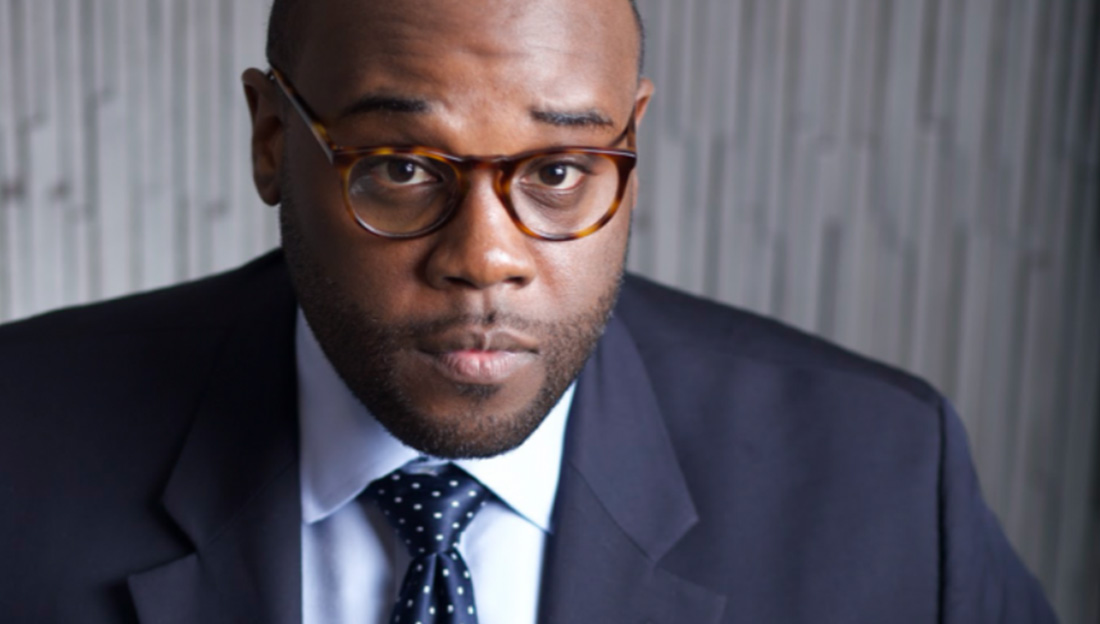 We recently interviewed Kamau M. Marshall, the Director of Strategic Communications for the Joe Biden campaign, who is a Spring 2010 initiate of the Delta Theta Chapter of Alpha Phi Alpha at Texas Southern University. Marshall is currently working in a top leadership role to get Joe Biden and Kamala Harris elected.

We talked to him about his role and how being a member of a Black fraternity and an HBCU graduate helped shape him into the person he is today.

What does your position of Director of Strategic Communications at the Biden campaign entail?

Being the Director of Strategic Communications has many layers. Just know it’s a lot of moving pieces and I have my hands in a lot of different things.

While being an elected student leader and studying communications in college, I worked on a host of local campaigns in Houston, TX that led me to working on the Obama Biden 2012 campaign. From there, I’ve had the opportunity to work in the United States Senate with Senator Tom Carper (D-DE), a top pr/communications firm, to working with various members of congress such as the late Rep. Elijah Cummings (D-MD) and Rep. Al Green (D-TX), along with others. Before joining the Biden campaign, I worked at the Democratic Congressional Campaign Committee (DCCC) where we won back the House of Representatives in 2018 for the first time since 2006. We flipped the most congressional seats from red to blue, since 1974. While having many great candidates and moments at the DCCC, a highlight for me was working closely and traveling with the late Rep. John Lewis (D-GA), along with one of my candidates turn members of congress — Rep. Lauren Underwood who is currently the youngest Black women in congress. She’s also a member of Alpha Kappa Alpha Sorority, Inc. Besides the political work, I’ve had the opportunity to work with major purpose-driven brands, fortune 100 companies, influencers and celebrities while doing impactful community engagement work, nationwide.

An average work day for me begins around 5:45am and usually ends around 2:00am. I’m in lots of meetings, zoom calls, prepping a lot of high profile individuals for media interviews, etc. While working with multiple departments within the campaign on multiple projects.

You are a proud member of Alpha Phi Alpha. What made you want to join?

I joined Alpha Phi Alpha Fraternity, Inc. because of its impactful mission to consistently provide service and advocacy for our communities, globally.

As you’ve matured in your career and become, looking back, how do you think joining a Black fraternity has prepared you for where you are now?

It has prepared me to always make it happen, no matter what and to always finish the job. Period. Good, better, best. Never let it rest. ‘Til your good is better and your better is your best.

Do not cheat yourself, be prepared to work hard and smart — while being effective. Leave your ego at the door. Be ready to learn from other people at the top and the bottom, both can provide valuable lessons and needed skills.

Why do you think this election is so important?

This election is literally the most important election of our lifetime. We are in the battle for the soul of this nation and it will take all of us to get to the finish line. As the economy continues to collapse, along with losing over 215,000+ people to COVID-19 — it’s crystal clear, the current president has failed the people on many levels. This election is important not only for now, but also for generations to come that some are not thinking about in this moment. It’s a must that we build back better.

Watch The Yard would like to thank Kamau M. Marshall for taking time out of his busy campaign schedule to speak to us about his position.