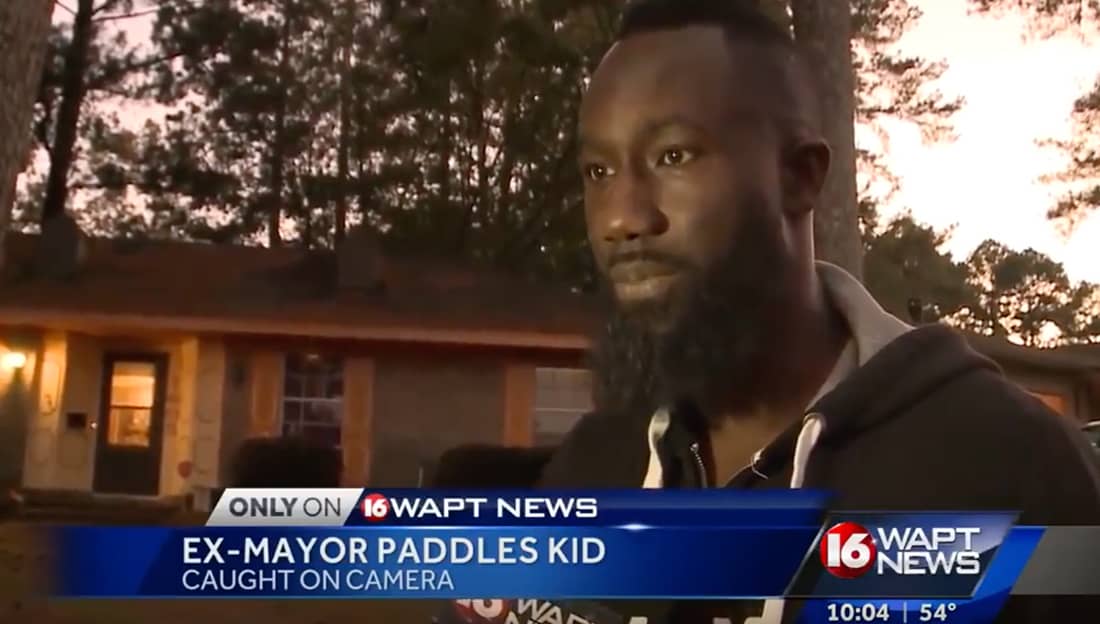 The former mayor of Jackson, Mississippi, and current pastor Tony Yarber was headed to church where he was about to give a sermon when his wife caught a man breaking into his truck. Unfortunately for these robbers, they did not know that they were breaking into a member of a Black fraternity’s car and were about to receive an educational lesson and a taste of “wood” that he would never forget.

Yarber caught the 22 year old robber and subdued the suspect in a headlock and took him inside the garage while he waited for the police. According to an interview with the Jackson Clarion Ledger, the attempted robber said something that made him go into full disciplinary mode.

“He said some things that made me mad,” Yarber told the local paper. “He asked me not to kill him because he’s got a 2-month-old baby, and I’m like, ‘My kids are in my house right now.’”

Yarber just so happens to be a member of  Alpha Phi Alpha, and he was NOT having it. He told his family to bring him his fraternity paddle and began paddling the suspect while waiting for police to arrive.

“When you break in people’s stuff, it’s because somebody ain’t whooped your tail!” he shouted as he gave the alleged robber wood.

Yarber’s son caught the session on video check it out below.