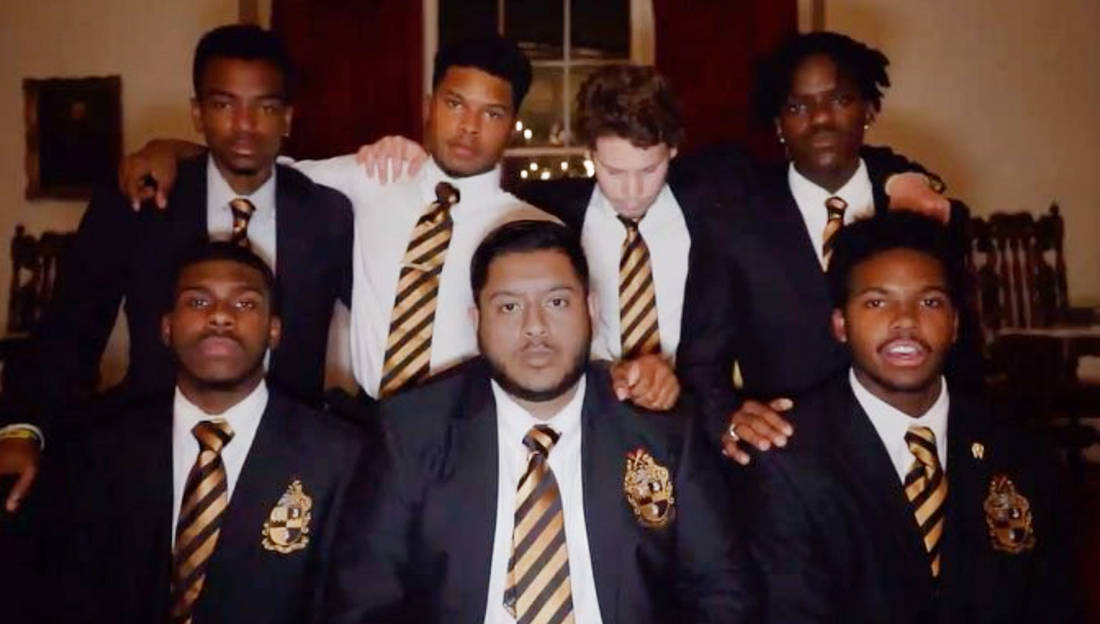 The brothers of Alpha Phi Alpha at Davidson College are speaking out against President Donald Trump’s DACA repeal.

The brothers of the Tau Omicron Chapter of Alpha Phi Alpha Fraternity, Inc. recently released a video publicly standing against the actions to end the Deferred Action for Childhood Arrivals (DACA) program – which provides a level of amnesty to certain undocumented immigrants who came to the U.S. as children – with a six-month delay for current recipients.

On Tuesday, President Trump urged lawmakers to “do your job” with DACA.

Congress, get ready to do your job – DACA!

In the statement that the chapter released, they stated that their chapter, “stands with the Dreamers and against the proposed DACA repeal.
This is about more than statistics or policy decisions. About 800,000 human beings currently hold DACA status in the U.S. These are our friends, our peers, our neighbors, our family and we have to stand against bigotry & xenophobia and fight with them now.”

Watch their full statement below.

A post shared by Tau Omicron Take Over (@tauomicron1906)

The brothers urged the people watching to defend DACA and pointed them in the direction of organizations that are fighting for the rights of immigrants in the United States.

“We ask that you fight with us in our aim to #DefendDACA by donating to the American Civil Liberties Union (ACLU), United We Dream, The Immigrant Defence Project, etc., attending a protest, using social media as a platform to spread awareness regarding this human rights issue, working with the campus community and administration at your institutions to protect your peers, and calling your Congressional representatives.

The numbers for the NC Senators and websites for donations are listed below.

We at Watch The Yard would like to commend these young brothers for speaking out and using their platform to help others. This is what it is all about.

Share if you think these young Alphas deserve to go VIRAL.