After becoming fed up with the violence that is happening in Chicago over 100 brothers of Alpha Phi Alpha Fraternity Inc. gathered in the snow to hold an anti-violence rally in the city last month and Chicago rapper, Chance The Rapper, noticed that they were walking through the neighborhood he grew up in and showed them some love. 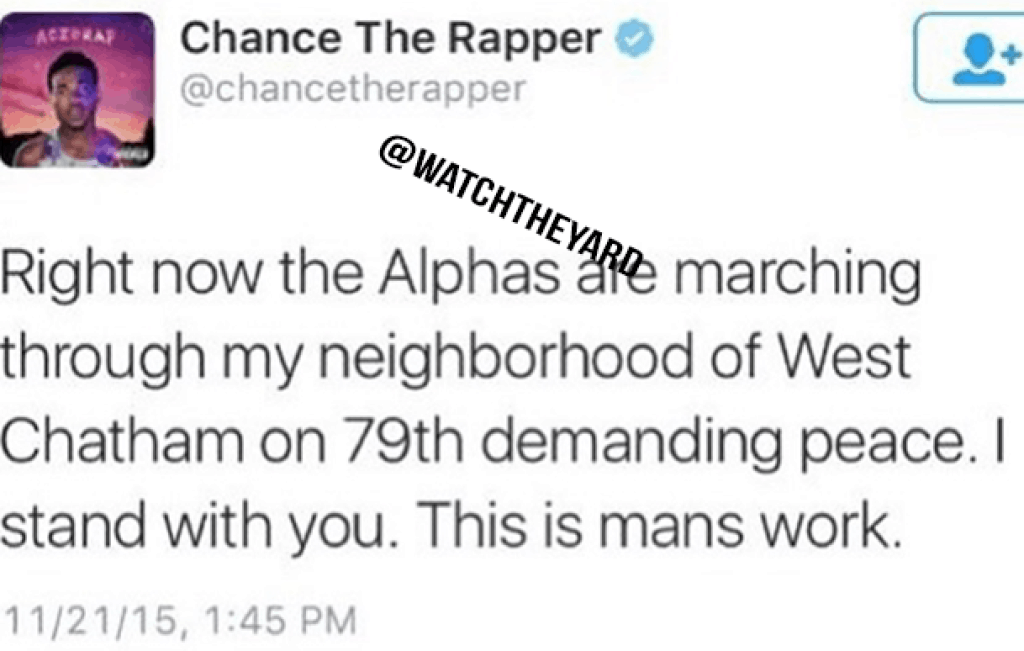 Check out this video from the march: