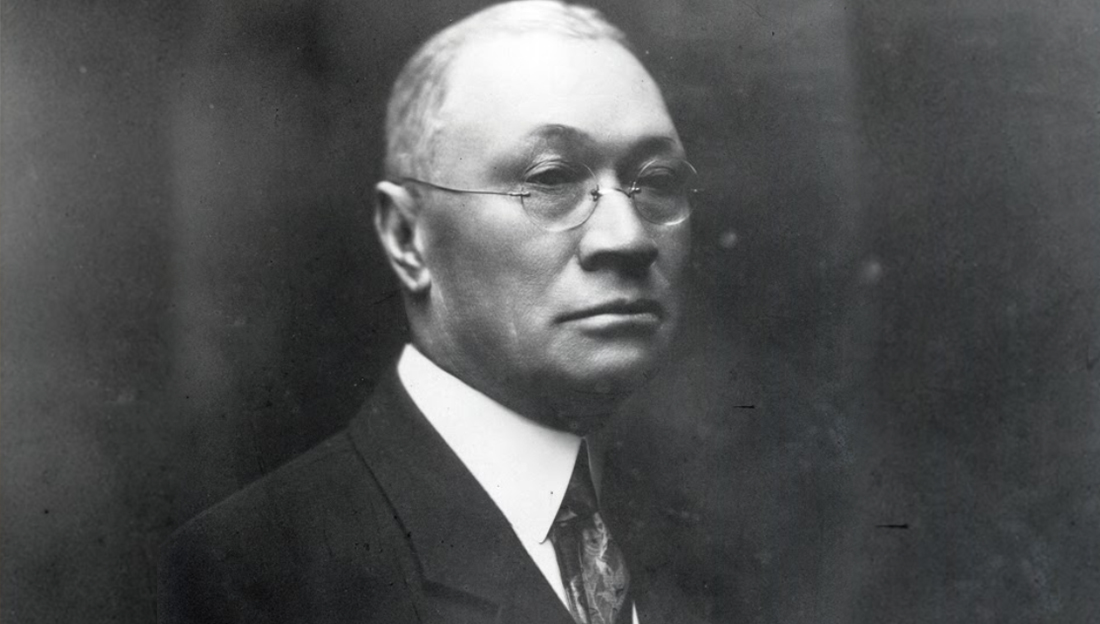 Did you know that Atlanta’s first Black millionaire was a brother of Alpha Phi Alpha?

In December of 1924, during Alpha Phi Alpha Fraternity’s 17th General Convention in New York City, Alonzo F. Herndon was initiated into Alpha Phi Alpha as an Exalted Honorary Member. This honor was “the highest form of membership conferred” by the Fraternity. Herndon, a prominent southern businessman, was certainly a “worthy and deserving recipient” of this honor. Alonzo Franklin Herndon, born enslaved on a Georgia plantation in 1858, arrived in Atlanta at the age of 28 with only $11 dollars in his pockets, but created a fortune by starting one of the oldest Black financial companies in America– the Atlanta Life Insurance Company. By the time of his death, in 1927, he had emerged as Atlanta’s first Black millionaire, owning several businesses including the aforementioned life insurance company, nearly 100 real-estate properties throughout Atlanta and multiple barber shops.

Alonzo Herndon was born on June 26, 1858 in Social Circle, Georgia. As a child, Alonzo’s family entered freedom impoverished. He, his mother, and grandparents lived a precarious life, working as farm hands. At the age of 20, Herndon took up work in a barber shop in Senoia, Georgia, and within a few years he opened his first barber shop in Jonesboro and later three locations in Atlanta.

In 1905, he took a risk when he purchased a failed mutual aid society. He eventually turned it into a thriving company, the Atlanta Family Life Insurance Company, which is still in existence today. By the late the 1920’s the company was worth millions and had offices in Georgia, Texas, Florida, Tennessee, Kentucky, Kansas and Missouri. After the death of Herndon, his son Norris took over the company, continuing to grow it as a premier insurance company for Black families.

Alonzo Herndon was also a major philanthropist, he created and funded organizations that provided relief and aid to Atlanta’s Black community. In 1921, Herndon purchased a house valued at $10,000 and converted it into a community center with a nursery and kindergarten for Black children. The Herndon Community Center was described as having “shower baths and modern appliances” in addition to offering home economics and cooking classes to members of the community. Herndon noted that children of his race were often left home alone without proper stimulation while their parents worked as the rationale behind starting the community center. He was also an ardent supporter of Historically Black Colleges and Universities (HBCUs) and he frequently gave to Atlanta University, where his first wife Adrienne taught and his son Norris attended before receiving his MBA from Harvard. In fact, Atlanta University (now Clark Atlanta University) received a portion of Alonzo Herndon’s estate as is shown in his last Will & Testament.

The ‘Convention Number’ of the Sphinx Magazine, Alpha Phi Alpha’s official journal, published in February of 1925: “In being elected to Exalted Honorary Membership in Alpha Phi Alpha, Brother Herndon has received the highest honor that the fraternity can give.” Following his initiation into the Fraternity, the Eta Chapter of Alpha Phi Alpha hosted a Stag party at their chapter house in Harlem to celebrate the occasion. Herndon later affiliated with Eta Lambda, Alpha’s Atlanta graduate chapter. Herndon’s only child, Norris, pledged Alpha at Sigma Chapter in the early 1920’s. At the 35th General Convention of Alpha Phi Alpha in Atlanta, the Fraternity honored Herndon among other deceased members in a Memorial Tribute. Past General President of Alpha Dr. Charles Harris Wesley stated: “Brother Herndon was not only a pioneer in Negro business here, but he was our only honorary member of the South at that time.”

On July 21, 1927 Alonzo F. Herndon passed away in his Atlanta mansion at the age of 69 years old. However, his legacy lives on to this very day. The life insurance company he started back in 1905 is still in existence, under the name Atlanta Life Insurance Company. His palatial mansion has been preserved and turned into a museum and designated as a National Historic Landmark. In 2019, his great-nephew Adam Herndon published a children’s book “The Story of Alonzo Herndon” which details Alonzo Herndon’s life from being born enslaved into a prominent Black businessman in the south.

About the author: Marquis Taylor is a 2020 graduate of Howard University, receiving his Bachelor’s of Arts in History. In the spring of 2018, Marquis was initiated into Alpha Phi Alpha Fraternity, Incorporated’s Beta Chapter.