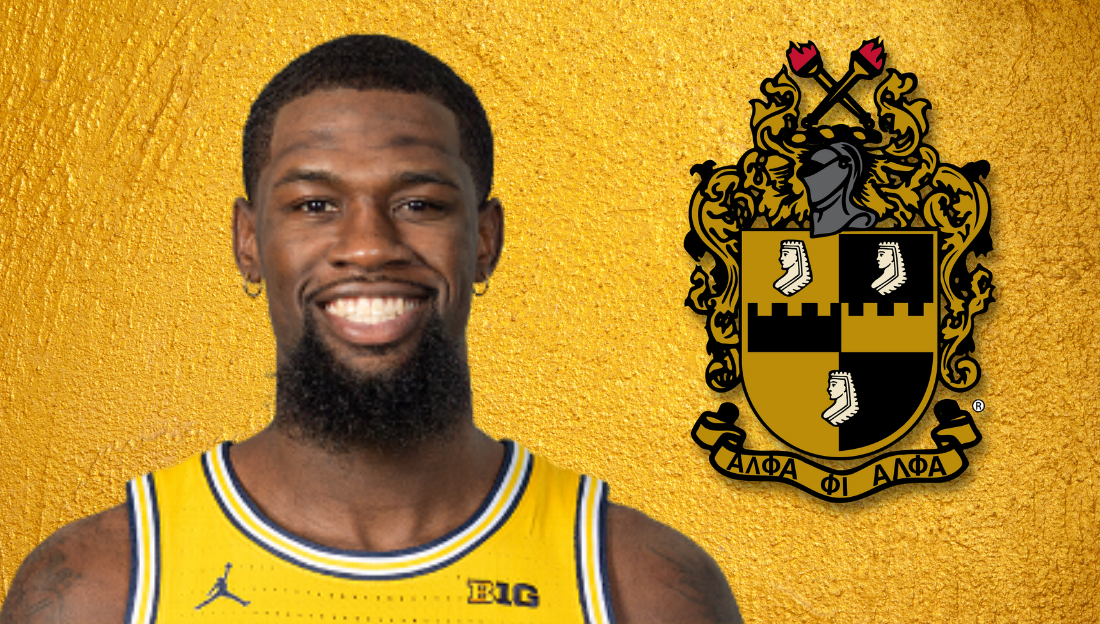 Brown, a member of Alpha Phi Alpha Fraternity, Inc. signed an exhibit-10 contract with the Lakers, a one-year contract that guarantees an invitation to training camp, the Detroit Free Press reports. Under this contract, Brown can earn a bonus to sign with a G League team if he is eventually waived during camp.

Brown, who was ranked No. 60 on ESPN’s ranking of the top 100 draft prospects. If things go his way he could land a spot as a 3-and-D wing.

“Listed at 6 feet 5 and 215 pounds, Brown played well in his lone season at Michigan after transferring from Wake Forest; as a sixth man off the bench, he averaged eight points and 3.1 rebounds while shooting 41.9% on 3.3 3-point attempts per game, and displaying tenacity as an on-ball defender,” the Detroit Free Press reports.

Brown is a Fall 2019 initiate of the Xi Eta Chapter of Alpha Phi Alpha at Wake Forest University.

“Let’s Work This is all I needed,” he captioned a photo of himself after the news broke.