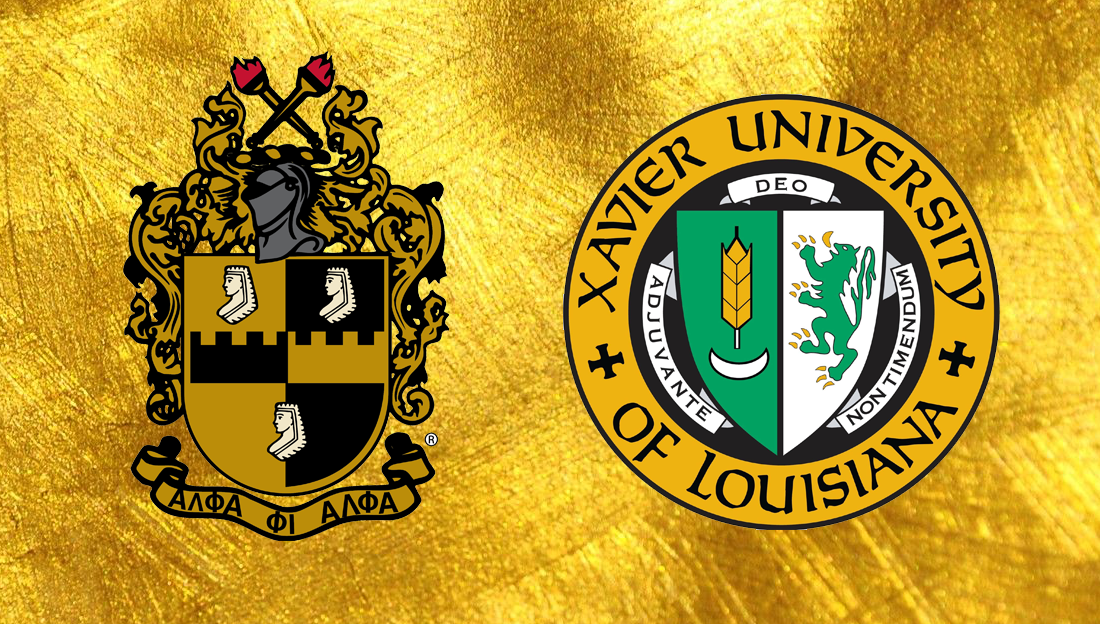 On Monday, the Beta Tau Alumni Association (BTAA), formed by several former members of the Beta Tau Chapter of Alpha Phi Alpha Fraternity Incorporated at Xavier University of Louisiana, announced a $500,000 commitment to the university.

This announcement comes on the 85th Anniversary of the chapter, which was the first fraternity established on the campus of Xavier University of Louisiana on March 29, 1936. According to the university, the donation will support an endowment scholarship as well as student internships, a speaker series, homecoming events and student organizations.

“Since its founding, hundreds of African American men from all over the world have graduated from Xavier and have taken the brotherhood, service and life skills gained through their experiences and connection to Beta Tau to build successful careers, families and communities, including legendary Xavier University President Emeritus Dr. Norman C. Francis, Sr., Vice Presidents of Administration Anthony Rachal and Calvin Tregre, Sr., V.P. of Development Clarence Jupiter in addition to countless members of the faculty,” a press release issued by the university states.

“The Beta Tau network of brothers are proud to bring together their resources in order to give back and continue to make a positive impact on Xavier University students as well the young men who are currently Beta Tau Chapter members,” said Dr. John H. Jackson, Chairman of the BTAA. “As a graduate and Trustee of Xavier University, I understand the transformative impact and social return on investment a commitment of this magnitude can have on a young person’s life and our institution.”

Learnard Dickerson, Secretary/Treasurer of the BTAA noted that, “the BTAA is a membership-based foundation established on March 29, 2020, by alumni brothers of the Beta Tau Chapter.”  The initial founding members include:

The brothers are encouraging other Alphas to join in on their mission to support the university.

We at Watch The Yard would like to commend these brothers for their work to support their beloved HBCU. This is what we all love to see!