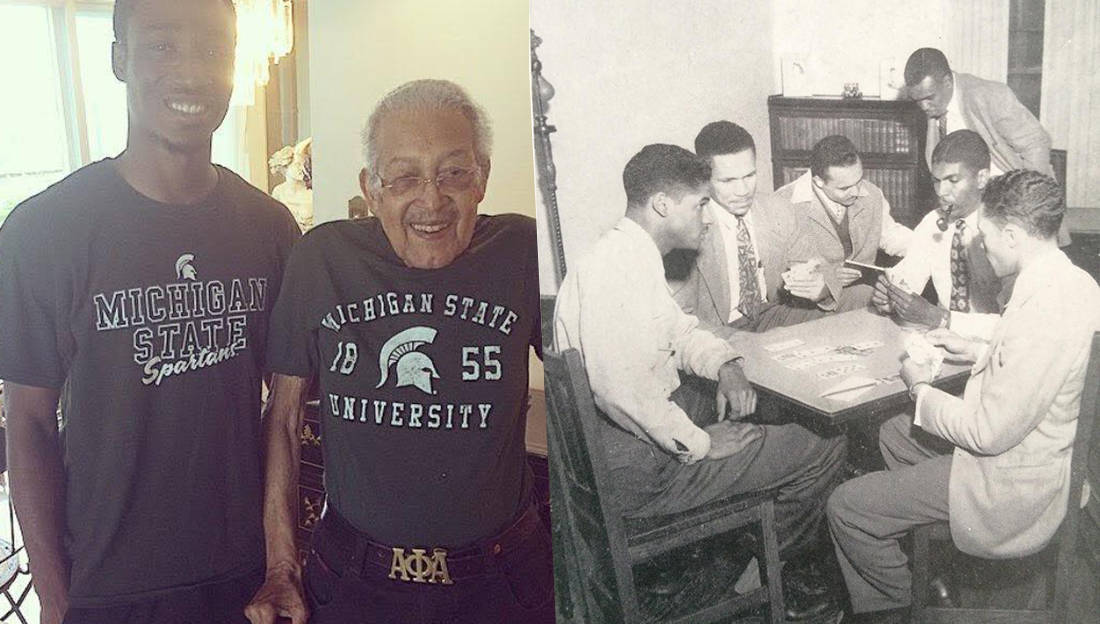 William Horton Thompson was one of those men. 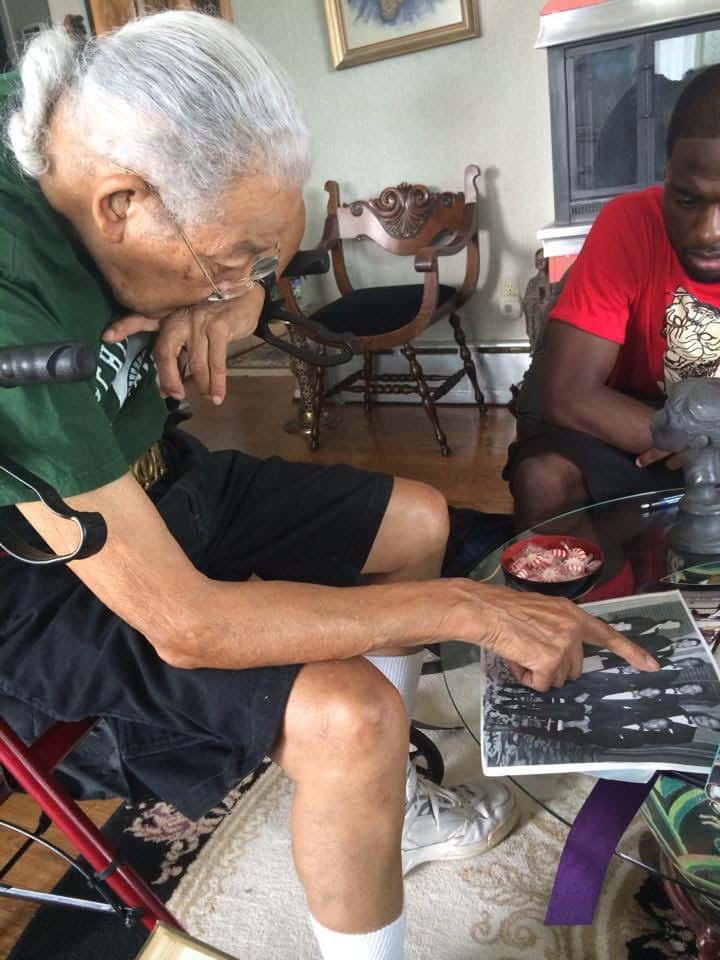 I met with William Thompson in 2014 at his apartment on Detroit’s east side, where he told me “Gentleman of State” was the precursor to the first black fraternity at Michigan State. We had a lengthy conversation about his experience as an Alpha in the 1940s. I was impressed by how crisply the 96-year-old remembered facts about his line brothers, details from the chartering ceremony, and other defining moments from the era. Listening to the history of how Alpha came to be at the school I attended sixty years later, was an amazing experience.

In December 1946, the men formed a committee to investigate the following fraternities: Alpha Phi Alpha, Kappa Alpha Psi and Omega Psi Phi. After mulling over the aims and ideals of each fraternity, the men held a vote to decide which fraternity to charter. They held two rounds of voting. On the first ballot, Alpha received six votes, Kappa two votes and Omega one vote. When the men voted a second time, Alpha received seven votes. It was decided: the men of “Gentleman of State” were to become members of Alpha Phi Alpha Fraternity.

After confirming that Alpha Phi Alpha would be the fraternity they would pursue, the men needed to first be initiated into the Sphinx Club. The Sphinx Club, the pledge club of Alpha Phi Alpha, was a stage for potential members to learn about the history, traditions, and ideals of the fraternity. In June 1947, nine of those men were initiated into the Sphinx Club, with the help of brothers an hour away at the University of Michigan Ann Arbor — the Epsilon chapter. 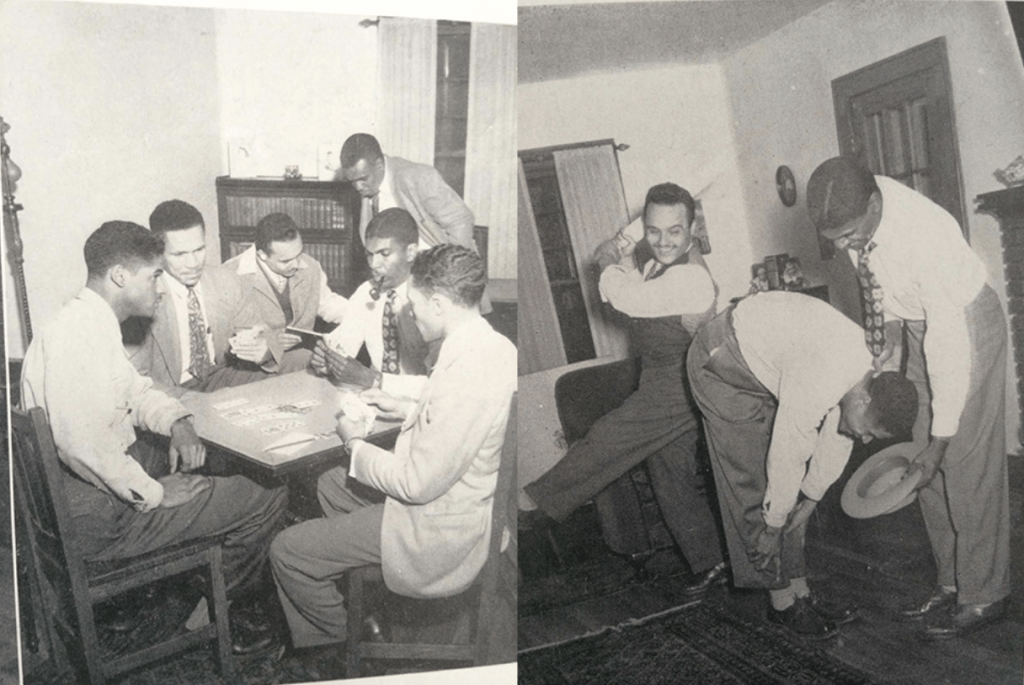 Thompson told me about his time in the Sphinx Club: driving back and forth from Lansing to Ann Arbor, receiving “impressions” from the brothers with a paddle, and volunteering for an hour a week at the Lincoln Community Center in Lansing. The first meeting of the Michigan State College Sphinx Club was held on campus at the start of the fall term in October 1947. Permanent officers of the pledge club were elected and a committee was formed to create a constitution.

In the December of 1947, Epsilon chapter initiated nine brothers from Michigan State College and four brothers from the University of Michigan, in Ann Arbor. “I crossed December 7th, 1947,” Thompson said. “I crossed at Epsilon because there were no black Greek organizations at Michigan State at the time. We were taken in by Epsilon chapter and formed a chapter at State.”

The newly minted brothers then were able to petition the fraternity to finally establish a charter at the college. On May 1, 1948, the Gamma Tau chapter of Alpha Phi Alpha was officially chartered at Michigan State College — the very first organization for black students. 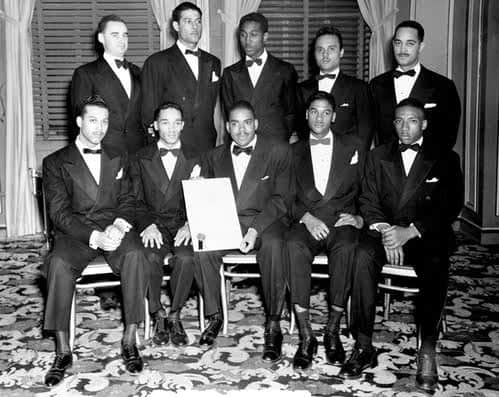 “Can you tell me anything about this picture?” I asked.

“Oh yes, May 1st, 1948,” Thompson recalled, after taking a sip of his beer. “We were recognized by the college. It was a lot of college officials there. It was a big thing, we were all in tuxedos…see? This is me, and Bill Haithco, Herb Burnett, Cal Sharpe, Fred Johnson. I can’t think of our faculty advisor’s name.”

The picture of the brothers in tuxedos was taken at the formal banquet for the chartering ceremony, held in the extravagant East Room of Lansing’s major hotel, the Hotel Olds. 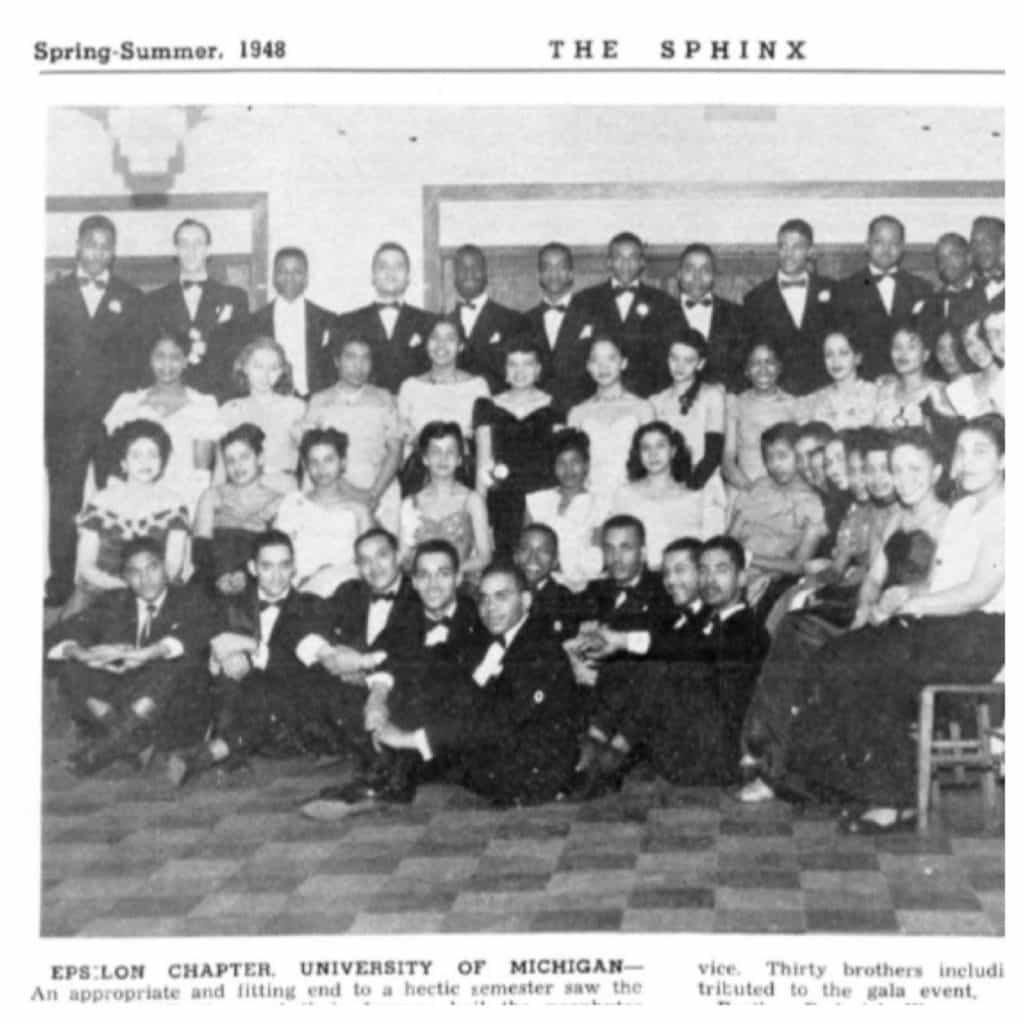 Thompson, who was born in Lansing, boasts a proud legacy at the university. His father, William O. Thompson, was the first black student to graduate from the college in 1904. His son, William Thompson, Jr., pledged Alpha at Michigan State University in 1982.

“My father, W. O. Thompson, was the first black to graduate from MSU. That was before it was any black fraternities, in 1904,” Thompson said. “He went down to Tuskegee, Alabama, where he graduated and worked under Booker T. Washington for a while. Then he came back to Lansing. The racism in Alabama was so bad, he couldn’t handle it. He came back to Lansing and started medical school.”

After completing his service, Thompson chose Michigan State because of its proximity to his family.

“I chose MSU because when I got out the service, my mother and stepfather lived in Lansing,” Thompson told me. “It was just a matter of home base, you know?” 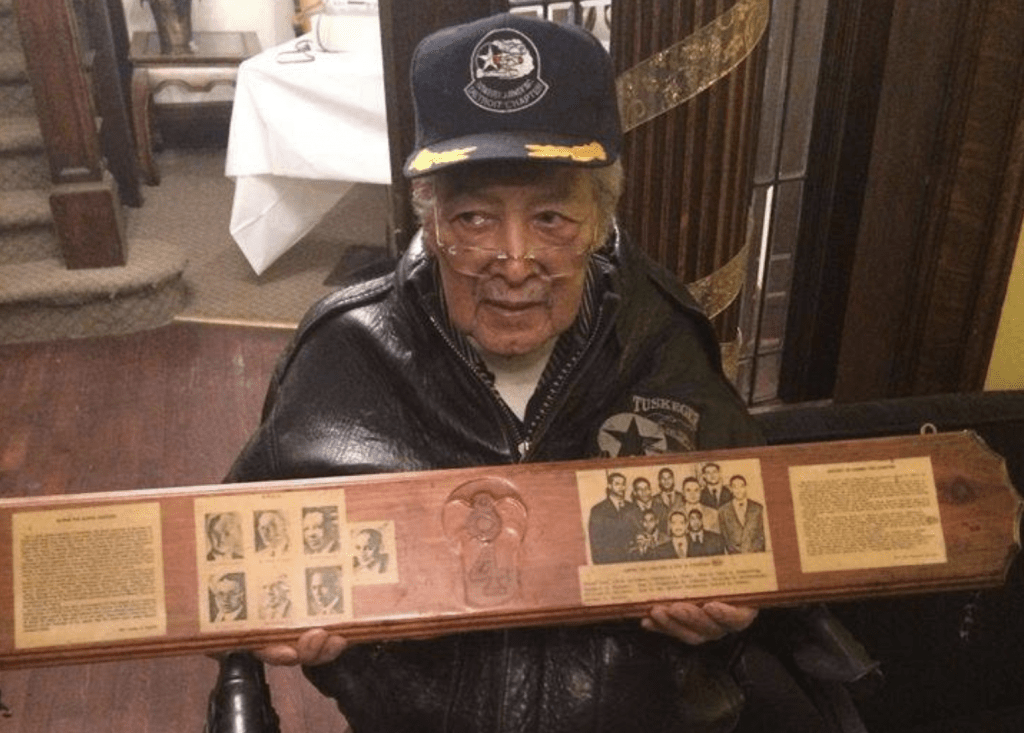 The chapter would frequently participate in the annual Fraternity Soap Box Derby, where the brothers would come together to construct a race car against the white fraternities. Of course, the “Alpha Jet” was painted gold.

The brothers wanted to find housing for the chapter, but kept running into the pervasive issues of housing discrimination and racism. Securing housing was a huge problem for blacks in East Lansing, where the campus is located, because blacks were not allowed to rent homes near the college. So black students were forced to commute to class from Lansing.

Thompson told me about the brothers’ experience living in a house more than three miles from campus on 318 Elm Street. 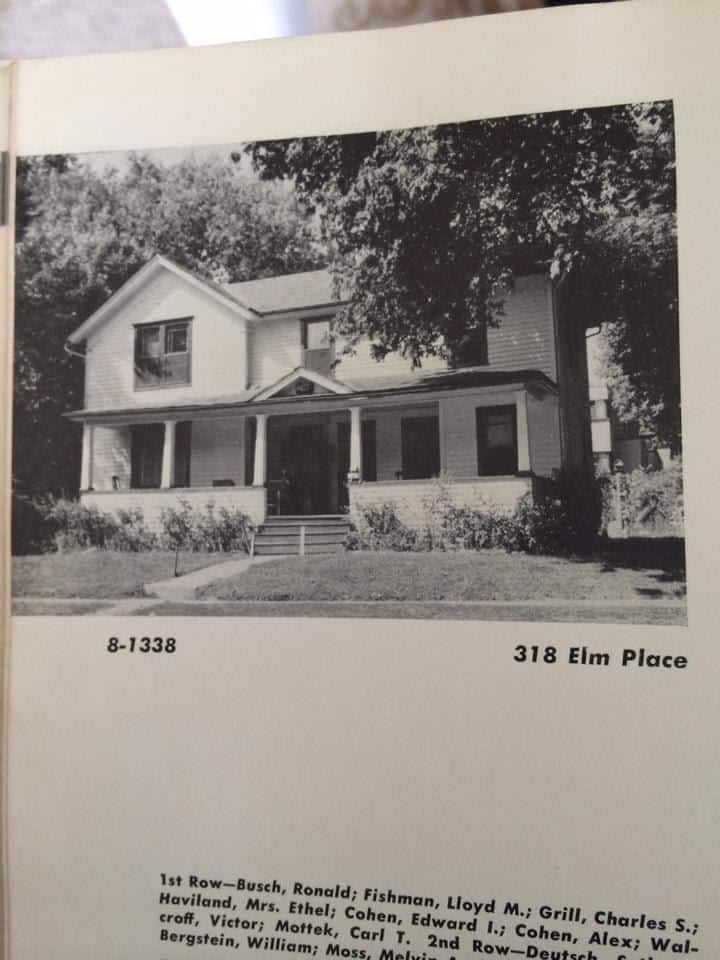 “Herb Burnett, the guy holding our charter in the photo, is…he, uh..was kinda our resident manager. He had a job where he had a car, and he could drive between Lansing and Detroit,” the 96-year-old recalled. “It wasn’t cars everywhere.”

But the distance was not a disadvantage, as the brothers achieved the second highest grade point average of all the fraternities on campus. The chapter eventually purchased that house.

“A couple of years later, we bought that house. All us guys were out of school by then, we were struggling. Young families and all that. But the fraternity was just starting a program, the goal of the program was to buy a fraternity house wherever there was a chapter of Alpha. We were the first ones to get in on this program.”

In 2015, brothers that attended and pledged Alpha at Michigan State University throughout the years, gathered to meet William Thompson at the Historic Alpha House in Detroit. We held a cupping ceremony, a long-standing chapter tradition in which we circle up by order of crossing year, pass around a large ceremonial cup, and explain what this brotherhood has meant to us, to the group. 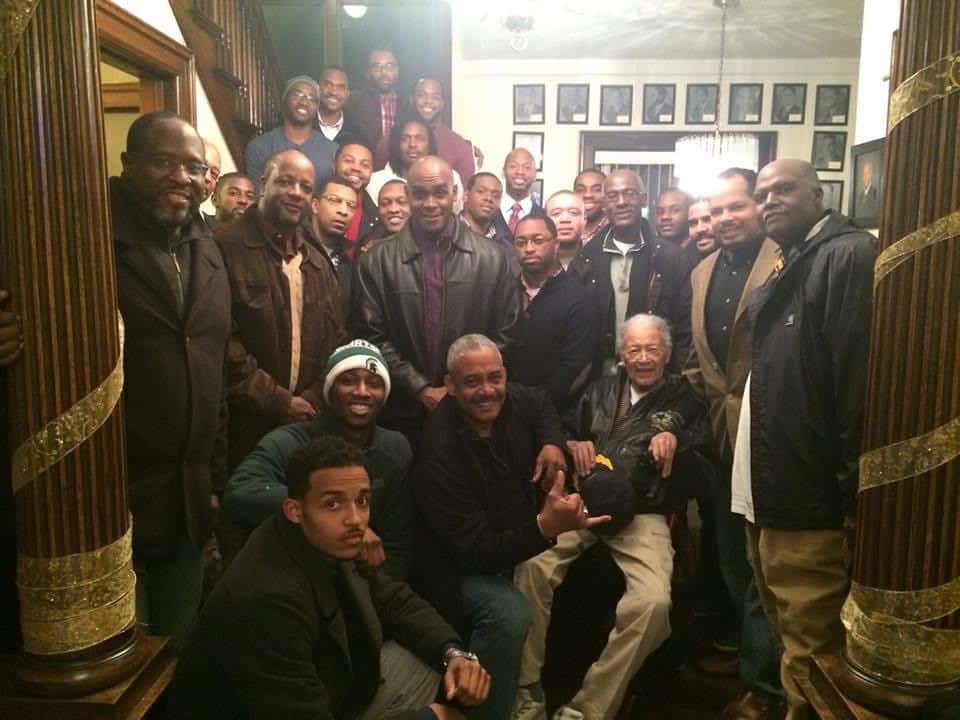 I held the cup for William Thompson, as he explained who he was and what the brotherhood meant to him.

“The brotherhood is dear to me due to the fact that we were so close. Especially up there at Michigan State, because there weren’t that many blacks in the area. I’m not going to hog all the time, I’m just glad to be here with you brothers,” Thompson told us.

William Thompson died on December 24, 2016. He was active with the Gamma Lambda chapter in Detroit from 1951, until the time of his death. The legacy he and his line brothers started in 1948 still lives on today. 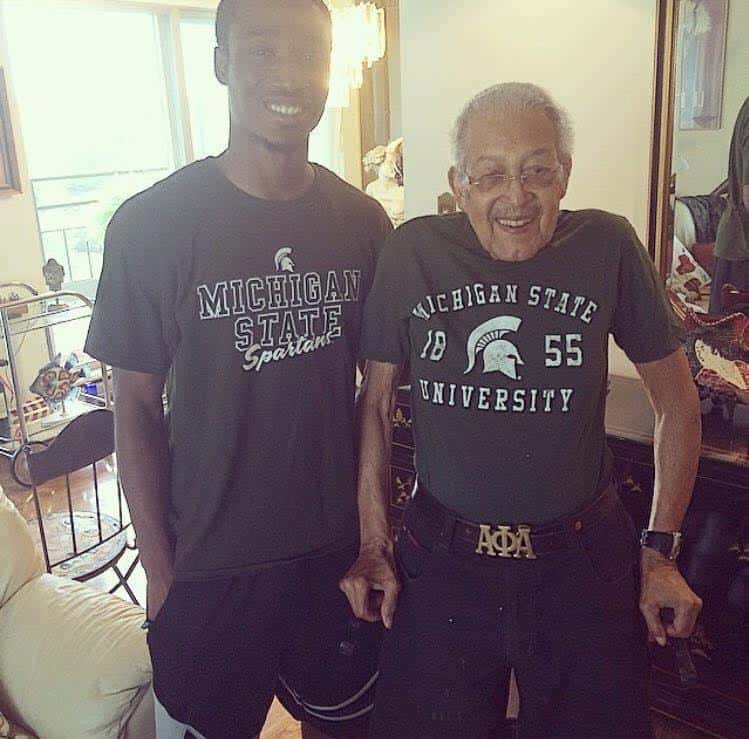 I’m just proud to have been able to have met him.

About the Author: Philip Lewis is a front page editor at HuffPost. He was initiated into the Zeta Delta chapter of Alpha Phi Alpha Fraternity, Inc at Michigan State University in 2011. He can be found on Twitter, Facebook and Instagram.