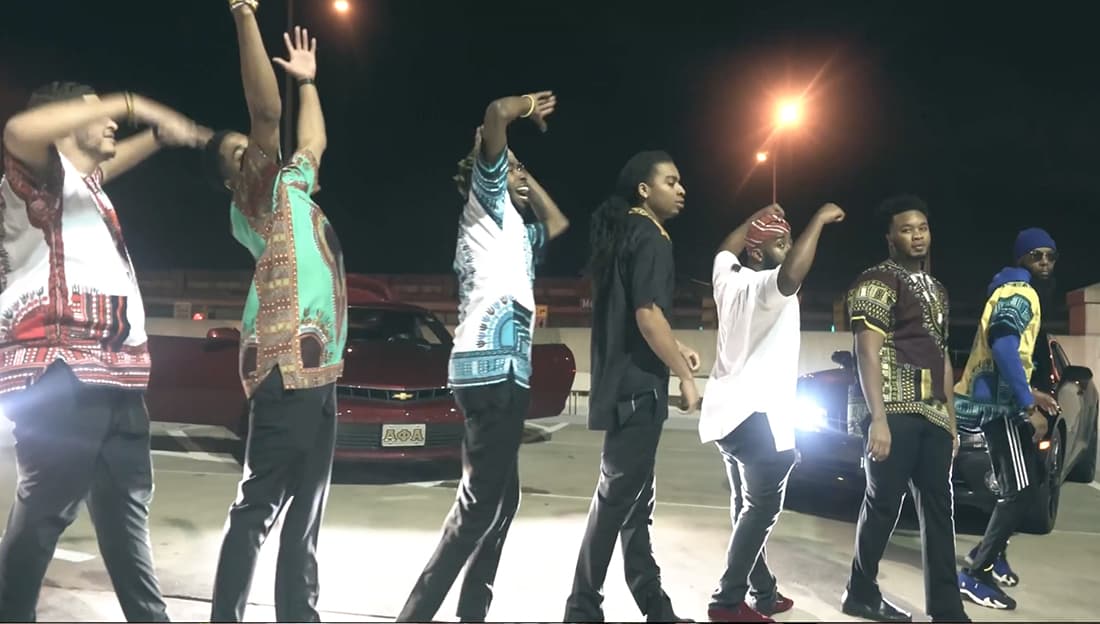 The brothers of Alpha Phi Alpha are holding it down for the nation of Wakanda!

The video is Grade A, with drone shots and african attire!

Check out the full video that was produced by Lance Piri below!