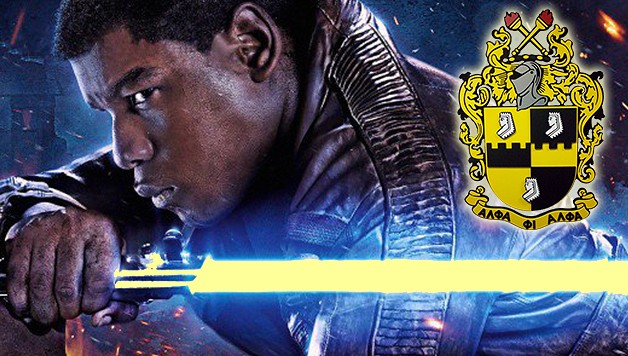 The brothers of Alpha Phi Alpha at Tuskegee University did a Star Wars step show just in time for the release of  the new movie Star Wars: The Force Awakens.

Ever since the release of the trailer for the movie there has been some racist backlash because one of the main characters, a black man, played by John Boyega is seen wearing a stormtrooper outfit.

This does not seem to be bothering actor Boyega, who called the negativity “unnecessary” in an interview with V Magazine. “I’m in the movie, what are you going to do about it? You either enjoy it or you don’t. I’m not saying get used to the future, but what is already happening. People of color and women are increasingly being shown on-screen. For things to be whitewashed just doesn’t make sense.”

Well just to make the racists mad, it looks like the brothers of Alpha Phi Alpha at Tuskegee hit the stage for their homecoming step show as 10 black stormtroopers!

Check out the video below and share with a Star Wars fan! We want to make this video go viral please share with as many people as possible on social media!