Today it was announced that the University of Missouri Board of Curators has chosen law school professor Michael A. Middleton as the interim president of the university. Guess what? He just so happens to be a brother of Alpha Phi Alpha!

“Middleton’s legacy began at MU in 1964 when he enrolled as a freshman just 14 years after the university opened admission to black students,” the Columbia Missourian states. “He went on to be the first black student to enroll as a freshman and graduate with a law degree. He then became a civil rights lawyer in Washington, D.C., before returning to MU in 1985 to teach criminal law and employment discrimination. He was the first black professor in the School of Law.”

As an undergraduate he became a charter member of the Zeta Alpha chapter of Alpha Phi Alpha seated at the University of Missouri where he and others in his chapter founded the Legion of Black Collegians.

It turns out that forty-seven years after founding the Legion of Black Collegians, this group became involved in the move to have former school president Tim Wolfe ousted because a racist altercation involving a white man who used racial slurs against members from this very group was one of three incidents which helped spark the protests.

A recent article described Middleton’s first act of college protest against racism at the school as an undergrad and how it was intertwined with black greekdom.

“At football games, he remembers sitting in the seats reserved for Kappa Alpha Psi, the only black fraternity on campus. In front of them sat members of Kappa Alpha, a fraternity founded in Virginia that promoted Southern pride.

When Marching Mizzou took the field at halftime to play “Dixie,” Kappa Alpha would hoist a Confederate flag and wave it in front of the black students.

One day, Middleton and other black students came to a game with a black sheet. When the Confederate flag went up, so did the black sheet.

A police officer promptly entered their section and confiscated the makeshift flag, but it was one of Middleton’s first acts of courage and resolve.

‘We were kids doing what they were doing — expressing ourselves,’ he said.” 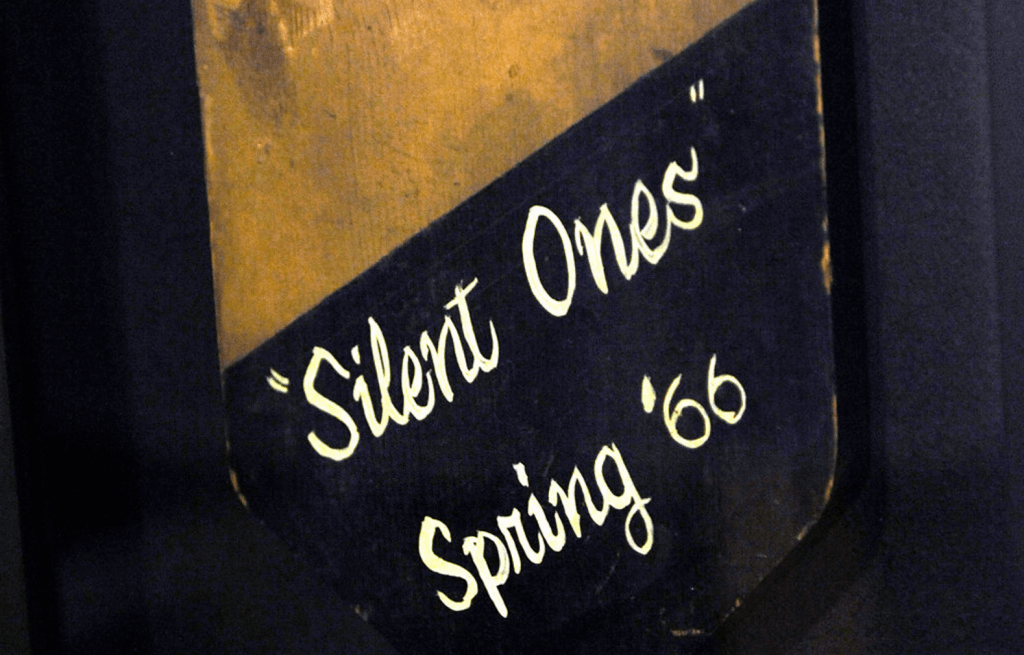 On Sept. 11, 1991, Missouri Forum moderator Rod Gelatt invited Mike Middleton and Robbin Stewart to discuss affirmative action. The following is an excerpt of that discussion. Footage courtesy of University Archives, University of Missouri at Columbia. C:11/6/6.

“In 1998, Middleton was named deputy chancellor and retired from that position Aug. 31 as part of the chancellor’s voluntary separation program. Since then, he has been working part-time for the Chancellor’s Diversity Initiative,” the Columbia Missourian states.

Middleton replaces Tim Wolfe, who resigned Monday after becoming the target of a hunger strike and protests for not addressing issues related to minority students on the University of Missouri-Columbia campus.

The group MU Policy now submitted this letter to the board of curators explaining why they support him. 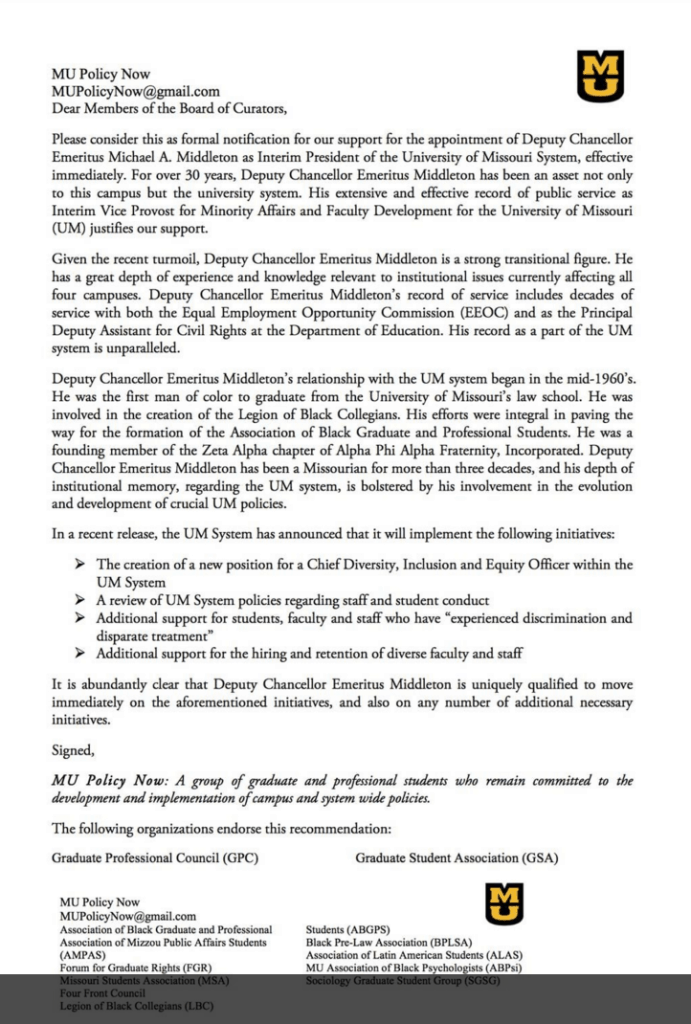 Are you excited to see an Alpha taking over the school for the time being? Let us know you thoughts in the comment section below.

Share this article with an Alpha and make his day!