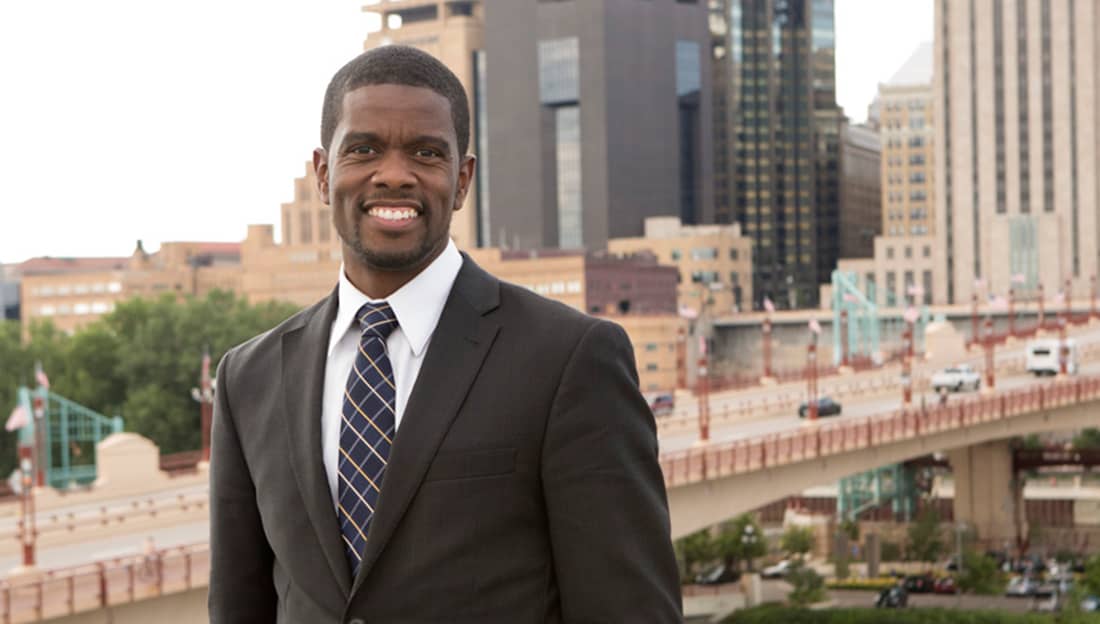 The 38-year-old earned more than 50 percent of the vote and beating out his rival Pat Harris.

“This is the honor of a lifetime,” Carter said late Tuesday night. “Being able to carry a majority of the first-choice votes says to me loud and clear that St. Paul is a city ready for change.”

Brother Melvin Carter III was initiated into the Beta Nu chapter of Alpha Phi Alpha Fraternity, Inc. in 2000 at FAMU. According to Alpha Phi Alpha’s website, “Carter has been actively engaged with the fraternity including being a voice on panels for the fraternity during the Congressional Black Caucus Annual Legislative Conference.”

According to his campaign site, Carter promised to work of growing business in the city, focus on early childhood investments and work to rebuild and reform the trust between police and the community.

On the subject of police, Carter’s goals include the following:

We at Watch The Yard would like to congratulate brother Carter on his achievement. It is powerful to see this type of representation in local politics.