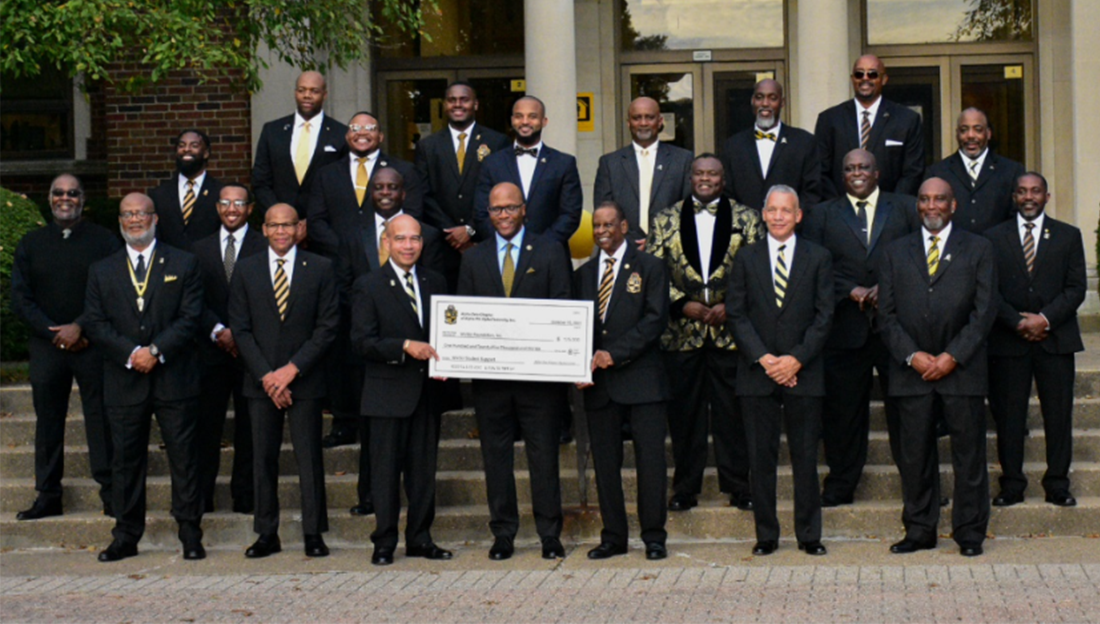 The brothers of the Alpha Zeta Chapter of Alpha Phi Alpha at West Virginia State University celebrated their chapter’s 100 years of existence by donating $125,000 to their beloved HBCU.

The chapter, which was chartered at WVSU on December 23, 1921, will celebrate 100 years next month. In honor of their longevity at the university, chapter brothers took to the homecoming last month and made some huge donations. During their dinner banquet they awarded six currently enrolled students with $1,000 scholarships. They also gave an additional scholarship to the WVSU Athletic Department. To top it off, the university was presented with a scholarship check for $125,000.

“The student and alumni members of this chapter will continue to grow the capacity of this fund within the WVSU Foundation and welcome corporate partnerships with Alpha Zeta Chapter which share a mutual commitment to aid enrolled students that demonstrate financial need,” chapter brother Derrick Grant wrote Watch The Yard in an email.

During the presentation of the check, Interim WVSU President Eric Cage described the fraternity’s action as
inspirational.

We at Watch The Yard would like to commend these brothers of their huge accomplishment.