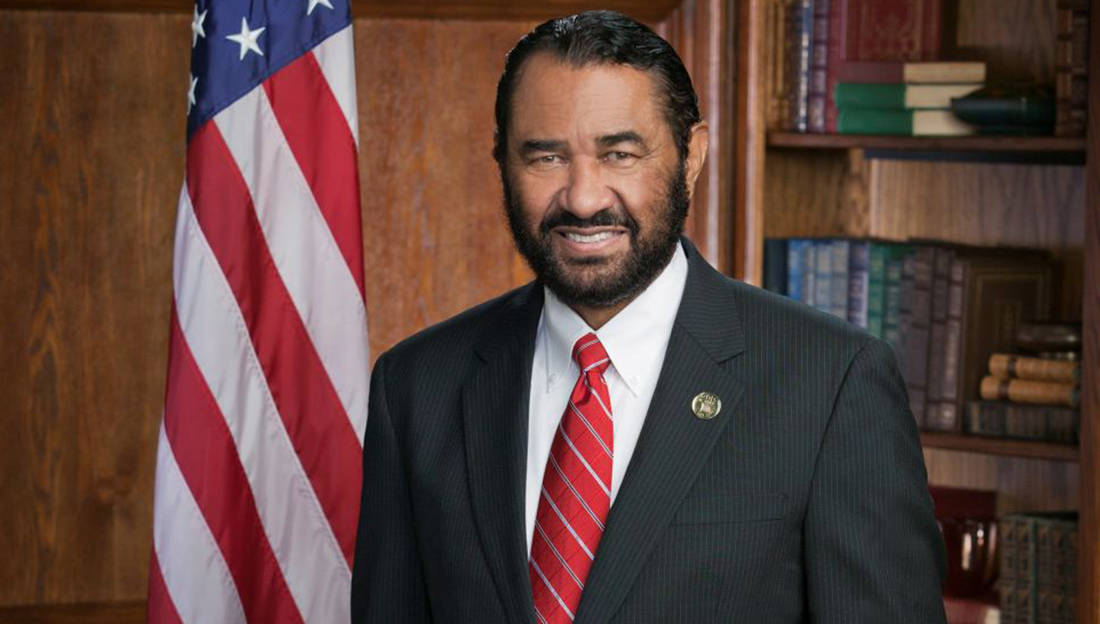 Congressman Al Green, a Houston Democrat, and member of Alpha Phi Alpha Fraternity Inc. is the first member of Congress to officially call for President Trump’s impeachment and now has co-sponsored an article of impeachment to remove Trump form the White House.

Green has co-sponsored the first article of impeachment filed against President Donald Trump for “high crimes and misdemeanors” with California Congressman Brad Sherman.

By law fifty percent of the House of Representatives and two-thirds of the Senate must agree to remove a president from office.

While the article of impeachment is not likely to go far in the GOP-controlled House, the co-sponsor of the bill, California Congressman Brad Sherman, wants it to “inspire an ‘intervention’ in the White House.”

In May, Green received national coverage as the first representative to call for Trump’s impeachment on the house floor. He has since received multiple death threats.

“This is where I stand. I will not be moved. The President must be impeached,” Green said at the time.

Firing the King's Men is not the solution when the King is the problem. Another firing closer to impeachment. #RepealAndReplaceTrump

According to Alpha Phi Alpha’s official list of notable members, Green crossed through the Beta Nu Chapter of the Fraternity at Florida A&M University.

Watch Rep. Al Green’s statement on introducing legislation to prevent a president from issuing a self-pardon.