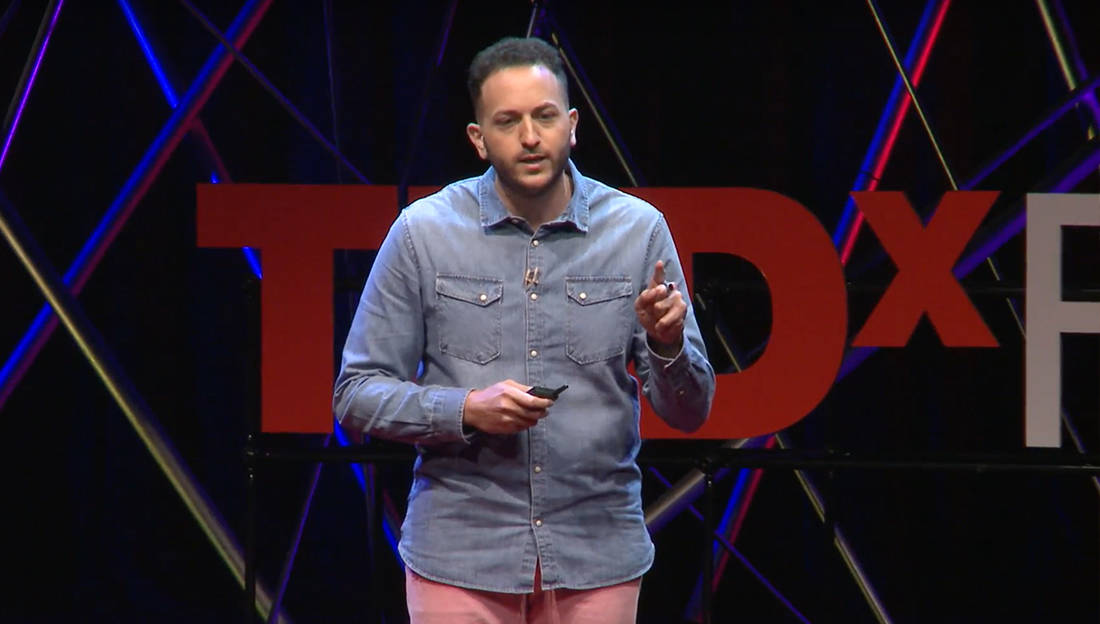 Dr. Ali Fadlallah, a brother of Alpha Phi Alpha who is a songwriter and leader in the music industry and education sector connected the dots across his work and research for a TEDx Talk that he did in Fargo, North Dakota covering how music, specifically pop and hip hop affect the mind.

As a young man and throughout undergrad, Dr. Fadlallah was a die hard Lil Wayne fan but as he received his MBA and later his doctorate in education leadership he saw specifically how the lyrics that he loved were affecting him and the students he worked with. In his TEDx Talk, Dr. Fadlallah explores his love/hate relationship with Lil Wayne, pop culture, and the man in the mirror and looks at the ways hip hop and popular music can be used to shape young minds and foster positivity.

“If you master the science and business of hits, your positivity will circle the planet. Parents, Educators: Policing your children’s media is a short term losing strategy. The winning strategy is helping them understand and learn that what they let in here [points at head], matters A LOT.”

Dr. Fadlallah is a Spring 2009 initiate of the Mu Chapter of Alpha Phi Alpha at the University of Minnesota who completed his MBA at Emory University in 2014 and served as Co-Founder/CEO at Era of the Engineer, which manages the international platform of Young Guru (legendary DJ, music technologist, and the man behind the sound of Jay-Z). Ali earned his Doctorate in Education Leadership from Harvard University and completed a residency at Live Nation’s House of Blues Music Forward Foundation in Hollywood, CA, where he still lives.

Watch his TEDx Talk below: