Alpha Kappa Alpha has made history again. The sorority which is the oldest Greek-letter organization established in America by Black college women, has become the first not-for-profit organization to secure a federal registration for a sound mark by trademarking their popular “Skee-Wee” call.

The sorority took to their public Facebook account on Friday to let the world know that they had secured the trademark.

They attached the following Sensory Mark documentation from the United States Patent and Trademark Office. 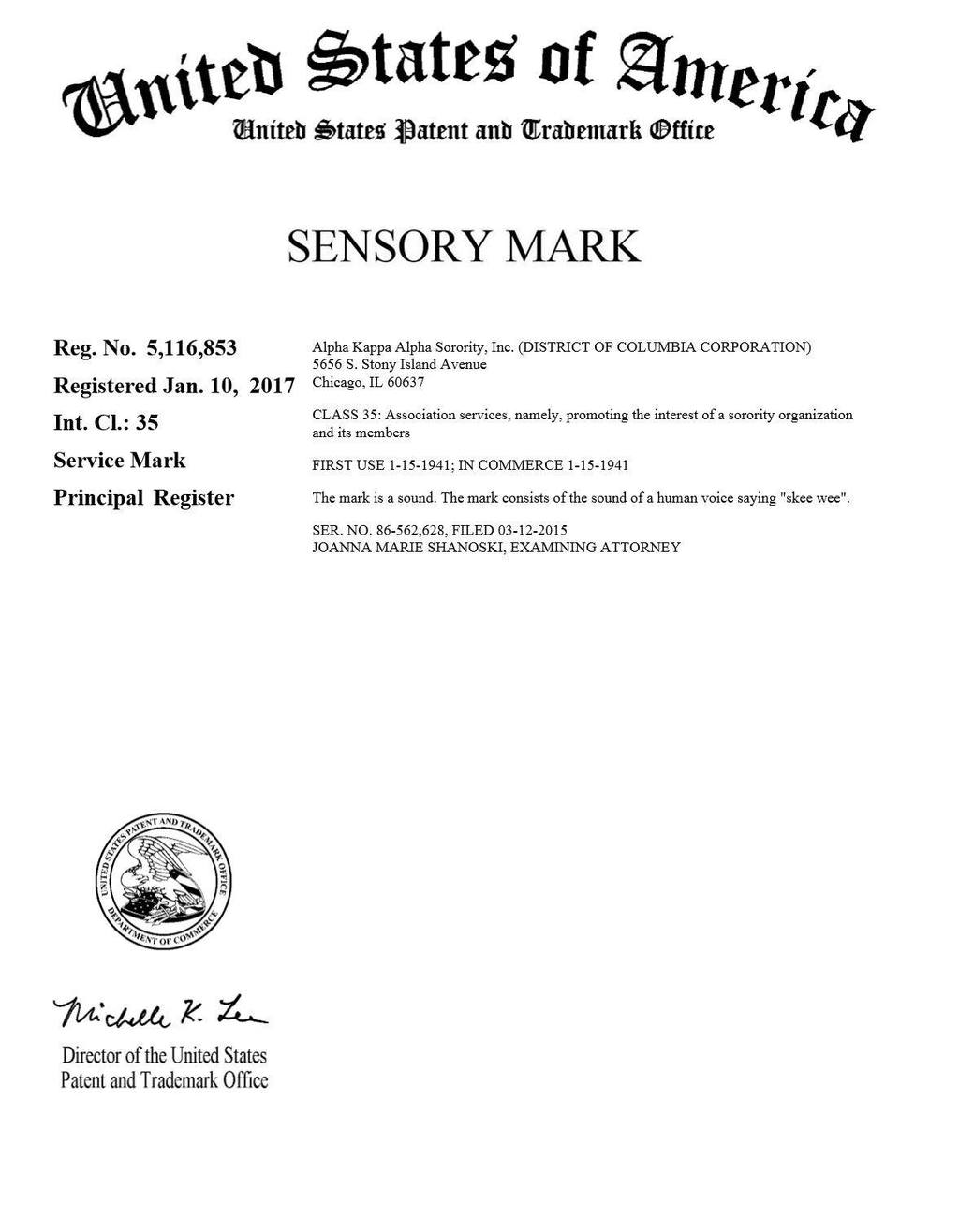 Currently Alpha Kappa Alpha has 5 different trademarks surrounding the use of Skee-Wee.