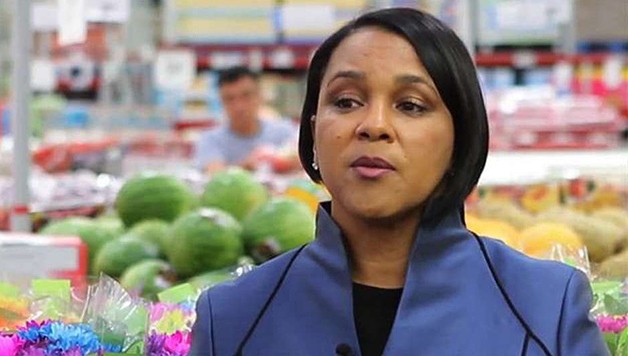 The internet is crying “reverse racism” after Rosalind Brewer, the CEO of Sam’s Club opened up to CNN in an interview about how she pushes diversity and talked about an experience meeting with a supplier who had no representation of women or people of color.

Brewer is a member of Alpha Kappa Alpha Sorority Inc., as well as a proud graduate of Spelman College who just so happens to be listed as the 64th most powerful woman in the world by Forbes.

“It has to start with top leadership,” Brewer said reffering to the way she promotes diversity within her company, Yahoo! Finance reports. “My executive team is very diverse, and I make that a priority. I demand it within my team.”

Brewer then stated, “Just today we met with a supplier, and the entire other side of the table was all Caucasian males. That was interesting. I decided not to talk about it directly with [the supplier’s] folks in the room because there were actually no female, like, levels down. So I’m going to place a call to him.”

Althought Brewer’s own executive team includes four members out of eight who are white men, the internet, in an uproar, took her interview and said that her statements were “racist to white men.”

Here are some examples collected by The Root of responses to Brewer’s thoughts on diversity: 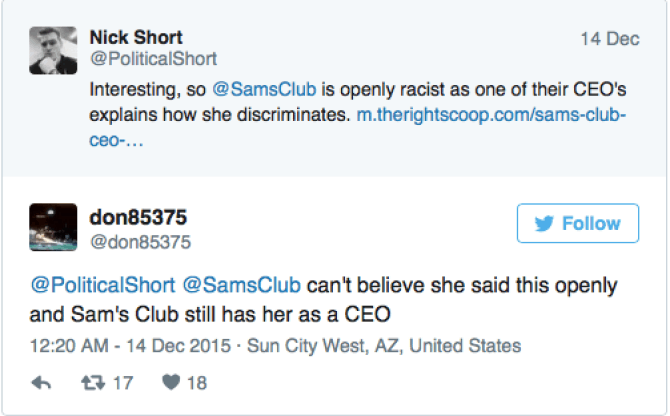 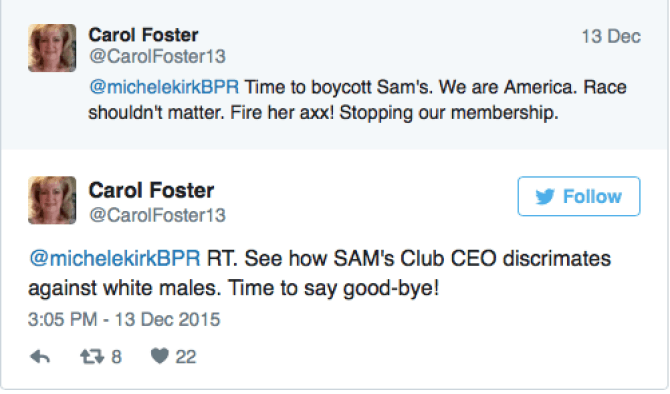 “For years we’ve asked our suppliers to prioritize the talent and diversity of their sales teams calling on our company,” Wal-Mart CEO Doug McMillon told Yahoo! Finance. “Roz was simply trying to reiterate that we believe diverse and inclusive teams make for a stronger business,” he said. “That’s all there is to it, and I support that important ideal.”

Here is a video of the interview: