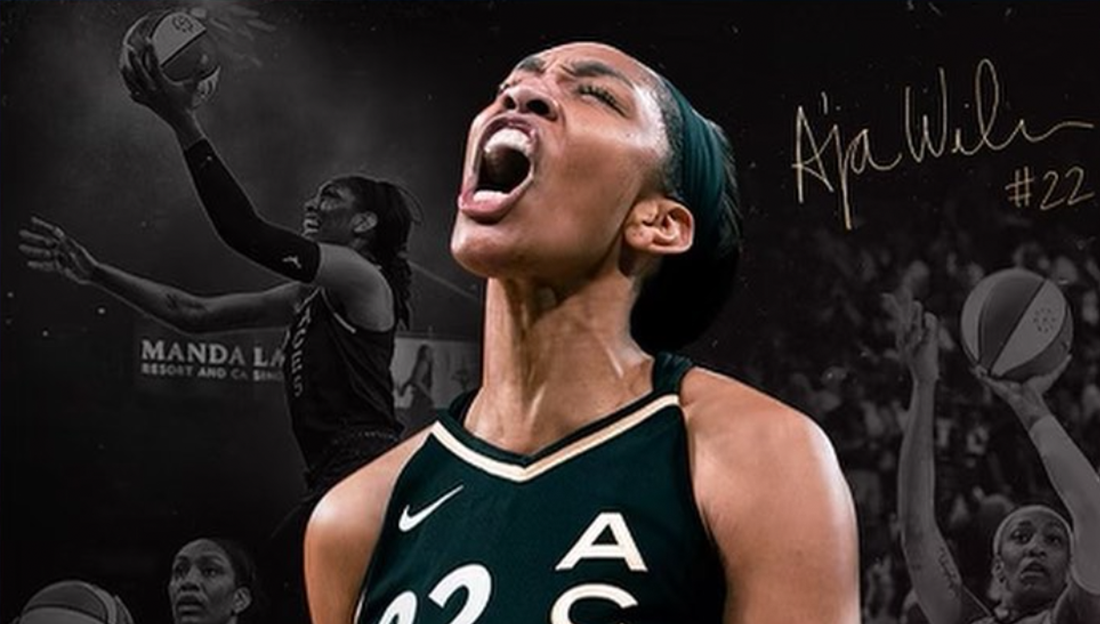 Wilson, who had already been named WNBA Defensive Player of the Year for this season, is now the seventh player in league history to win MVP honors more than once, joining three-time winners Lauren Jackson, Lisa Leslie and Sheryl Swoopes and two-time MVPs Cynthia Cooper, Elena Delle Donne and Candace Parker, according to ESPN.

Wilson is a Fall 2017 initiate of the Theta Gamma Chapter of Alpha Kappa Alpha at the University of South Carolina.

Bleacher Report took to Instagram and shared this illustration of Wilson repping AKA while holding her two MVP trophies.

“It doesn’t even sound real,” ESPN quotes Wilson said of winning her second MVP. “It’s something you don’t really even dream of. You look at the list of people who have won more than one, and it’s incredible to think about. I smile just to have my name in [the] MVP conversation, because our league is so tough.”

Wilson and the Las Vegas Aces are competing in the WNBA Finals, which begin Sunday in Las Vegas.