American University officials are investigating a racist incident involving bananas found hanging from string “in the shape of nooses” on the campus of American University. According to reports, the University just swore in its first Black female Student Association president who happens to be a member of Alpha Kappa Alpha.

The bananas were marked with the letters “AKA” which represent Alpha Kappa Alpha, a sorority whose members are predominantly African American women.

An AU spokeswoman said the bananas were discovered early Monday in three locations on campus: at a shuttle bus stop, in front of the Mary Graydon Center, and near another building. 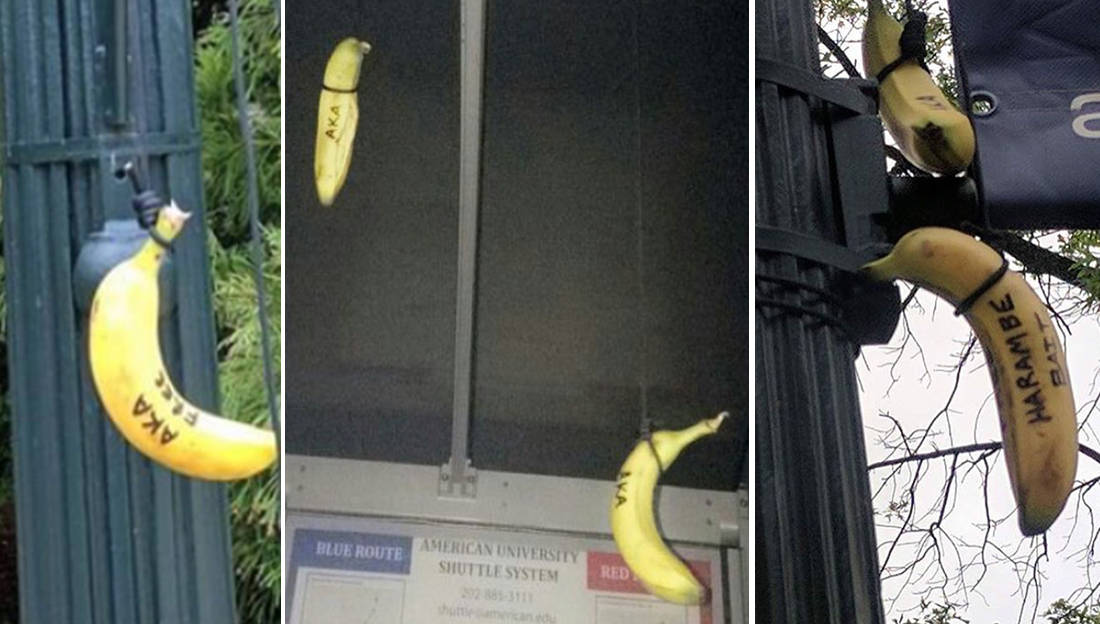 The Department of Public Safety at the university is investigating surveillance video from around the campus, and a spokesperson said the university is also working to inform and support the community while condemning the act.

The university issued a statement about the “Racial Incident Involving Bananas on Campus”: 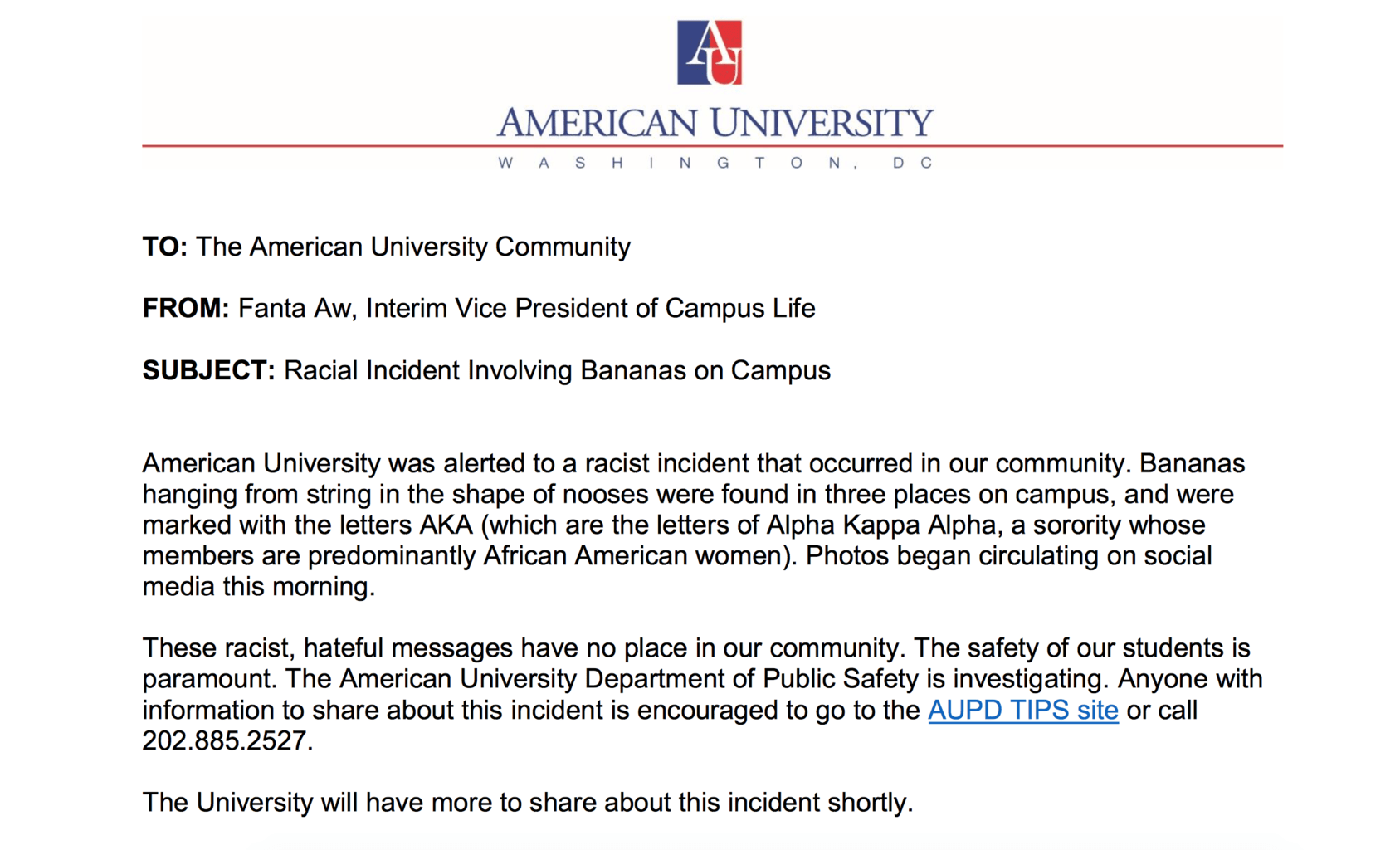 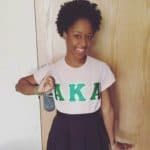 “It is disheartening and immensely frustrating that we are still dealing with this issue after recent conversations, dialogues and town halls surrounding race relations on campus,” Dumpson said. “But this is exactly why we need to do more than just have conversations but move in a direction toward more tangible solutions to prevent incidents like these from occurring in the future.”

Read her full statement below: 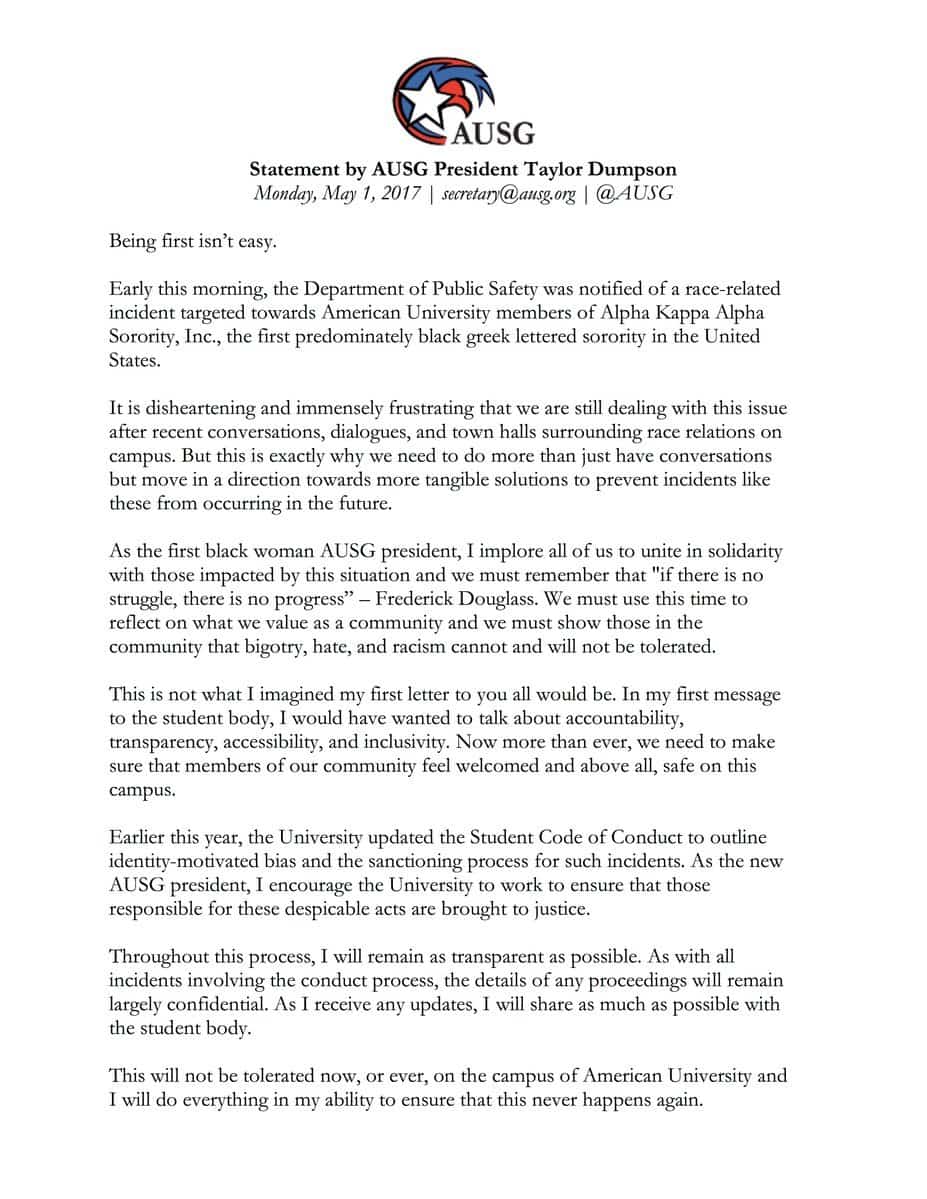 According to Fox 5 DC:

“This is not the first time there has been a racial incident involving bananas reported at AU. In September 2016, a banana was thrown at a black AU student who was among a group from the Black Student Alliance preparing for a demonstration. There was also a report of a banana being placed on or near another black female student’s door.”

Students from across the nation are posting to social media that they stand with the Black students at the University and we at Watch The Yard have started the hashtag #FightRacismAU to show support.