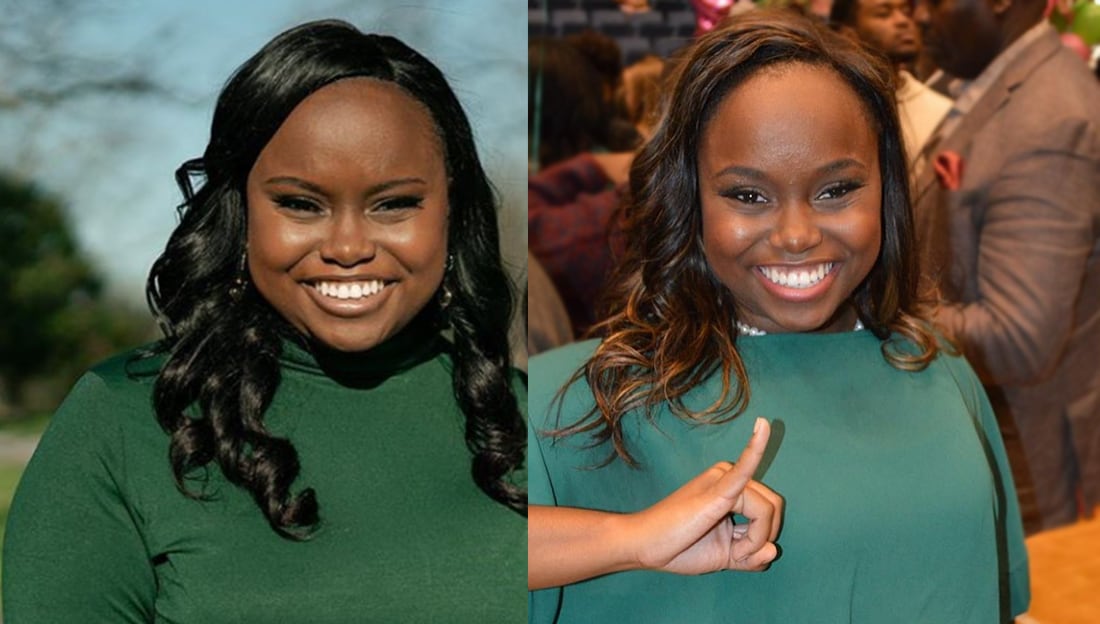 “Auburn, I am speechless. Thank you to each and every one of the 4,576 students who believed in my ability to do this job,” she wrote in the caption of an Instagram post. “Thank you to each and every member of my team who tirelessly helped me through this process. Thank you to every black alumni, faculty, staff, and leader on Auburn’s campus who paved the way for me to be Auburn’s first black female SGA President. Thank you every mentor and leader I’ve had in my life who has made me the leader I am today. Thank you for every call, text, Facebook post, message, email, and everything in between – I will respond to them all in due time, I promise. Most importantly, thank you God for bringing the people in my life and giving me the skills needed to do this job and serve Auburn in this way. I truly cannot wait for the year ahead. War Eagle & let’s make it happen!”

When Watch The Yard asked her about how members of Black fraternities and sororities supported her during her campaign, she stated that “they showed up and showed out.”

“Less than 6% of students at Auburn are black, so we have really formed a community on campus within which we can support each other. I was very blessed to have my own org as well as other across our NPHC support me throughout the campaign,” she told Watch The Yard.

According to an interview with university publication Eagle Eye, Huntley stated that her platform will focus on enhancing campus life, launching new initiatives and promoting student wellness.

To enhance campus life, Huntley plans to create a solution where students can pay for parking tickets with community service hours. Along with this she wants to develop a feature for students to track security shuttles in real-time through Campus Security and advocate for a scooter rental service.

The initiatives that she plans to launch include working to create a hunger awareness week that addresses college hunger and food insecurity.

According to Eagle Eye, Huntley also wants to promote student wellness through tech by “creating a nutrition-based dining app that filters menus based on dietary needs.”

We at Watch The Yard would like to congratulate Ada Ruth Huntley on her achievement!