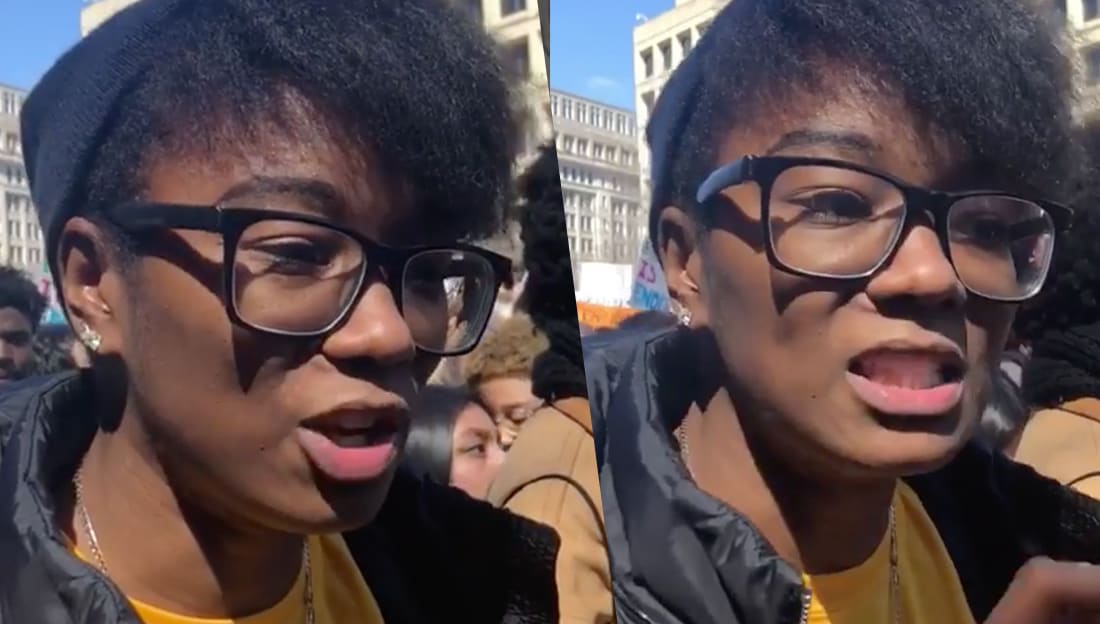 Tiffany Loftin, the new Director for the NAACP Youth and College department showed up today at the March For Our Lives Rally and let everyone know what time it is when it comes to confronting gun violence issues in America.

During an interview on the street that was posted by The Crisis, Loftin passionately opened up about why the march is important to the NAACP and why she brought over 1,000 students from all across the country to participate.

“This is not just about white people and school shootings in the classroom.”

According to Loftin, the young members of the NAACP showed up to let everyone at the march and watching the march know that:

Her third point was that the young members were there to have a good time because they came from all across the country to this march and she wants them to be energized when they go home to do local organizing in their communities.

We at Watch The Yard would like to commend Lofton and all of the young NAACP members who showed up at the march for making sure that young Black people are visible and heard.

This type of activism is what we love to see.

Share this on Facebook if you think these young members of the NAACP deserve to have their voices heard.