A video posted to social media yesterday of police violently detaining a UDC student who was using an ATM has caused an uproar and even protests.

According to reports, the UDC student was with his friend getting money from an ATM when they were approached by police. “We were approached because a white couple felt uncomfortable around me and my friend in the bank, this is how police respond” the students said later describing the incident.

The video which was posted to Twitter by @darealbighomiee, shows 18-year-old Jason Goolsby on the ground screaming in pain while his arm is being twisted. The video’s caption states, “Today we we’re harassed and assaulted because ‘someone felt uncomfortable around us’ in a bank. RETWEET!!”

This what the police are saying happened in their official report:

“The initial call was for a suspicious person, three subjects may be trying to rob people at the ATM. The location for the call was 6th St and Pennsylvania Ave SE. Officers in the area responded to the assignment. One individual fled on foot from the police, was chased, and then taken down. The individual resisted, and was handcuffed while resisting after he refused to stop. The person making the video was interfering with police, and was also detained while the incident was investigated. Neither individual was arrested.”

While the police report goes against what the two men who were detained are saying, people in the D.C. community and at Howard University  and UDC are not having it and have decided to stage a protest.

Currently people are voicing their anger online with the tags #JusticeforJason and #JusticeForJasonDC. The public has also taken to the streets to march in Washington DC in protest. 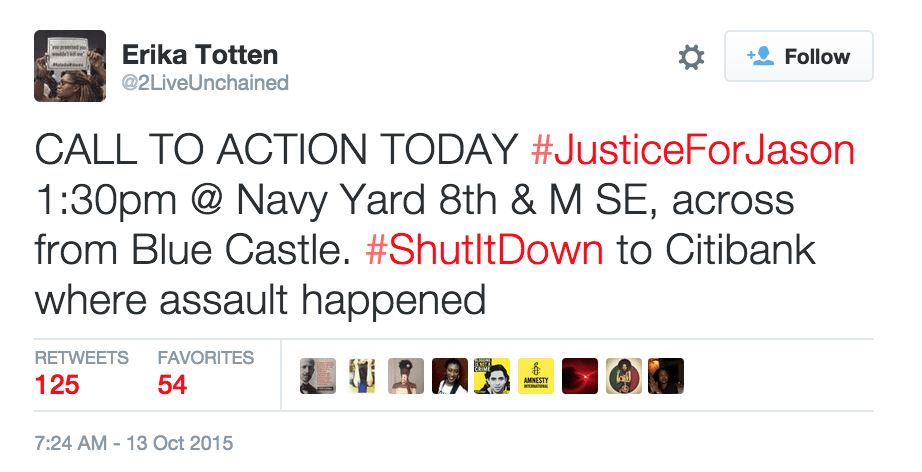 WatchTheYard.com is currently heading to DC to report on the protests and the aftermath of this incident.

Here are some pictures from the protest: 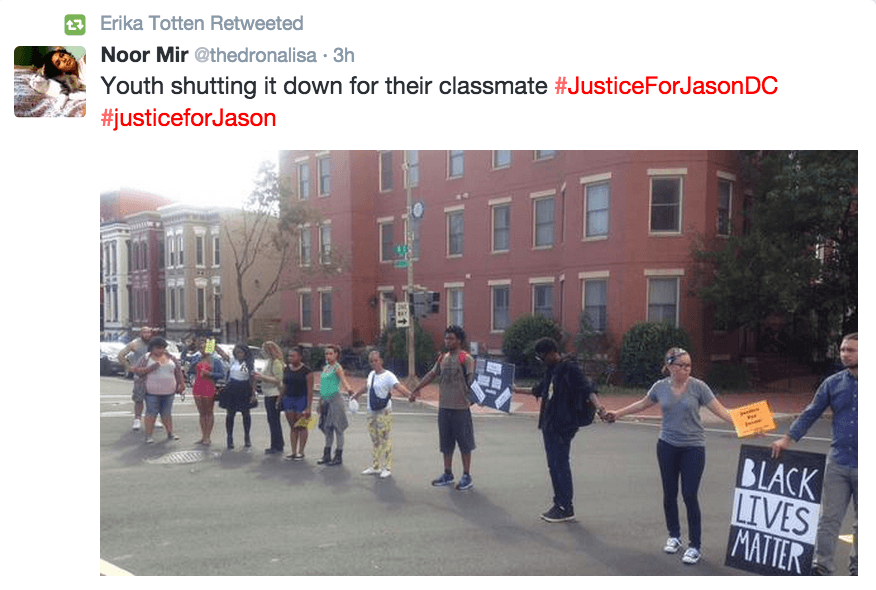 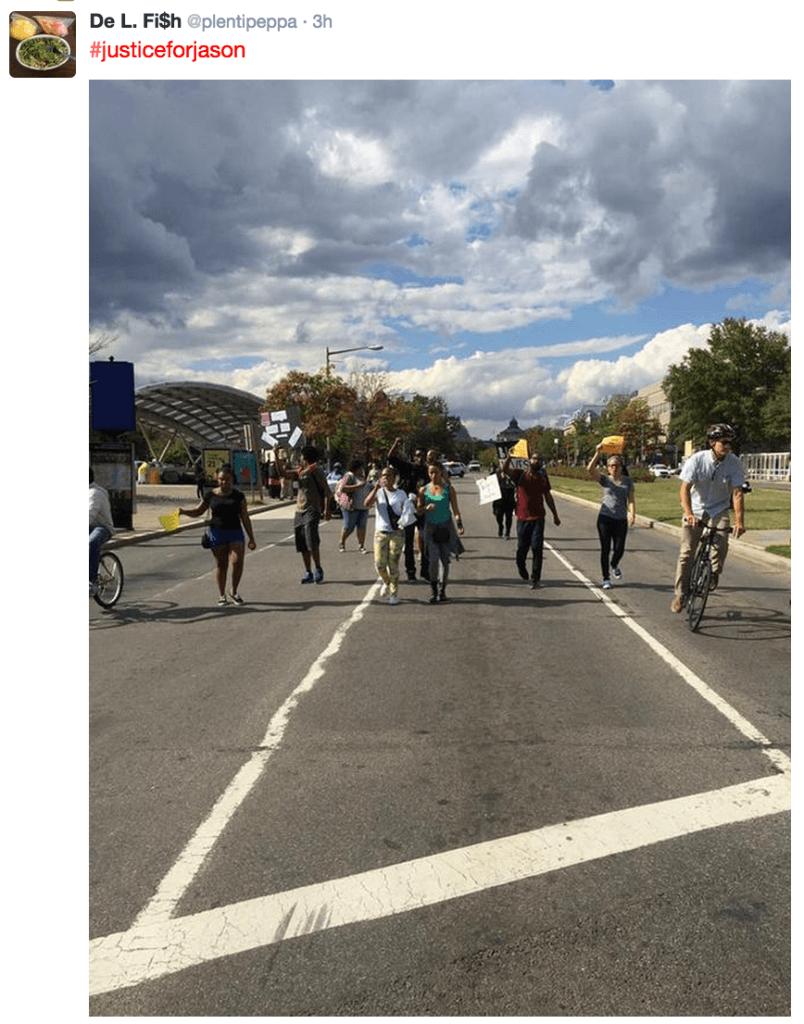 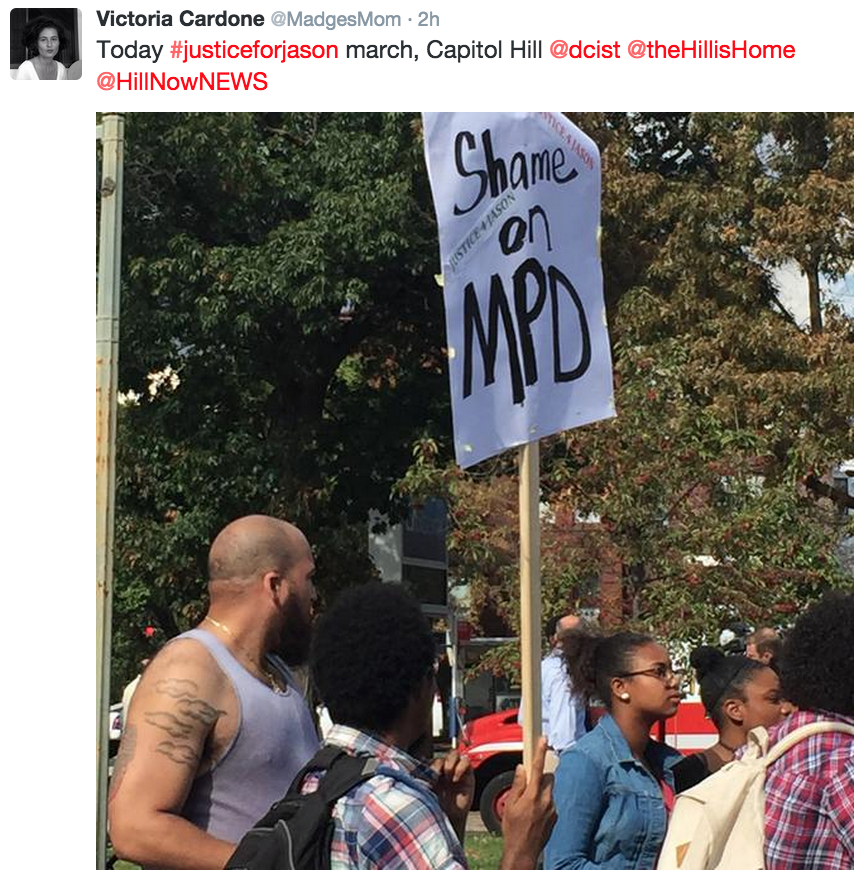 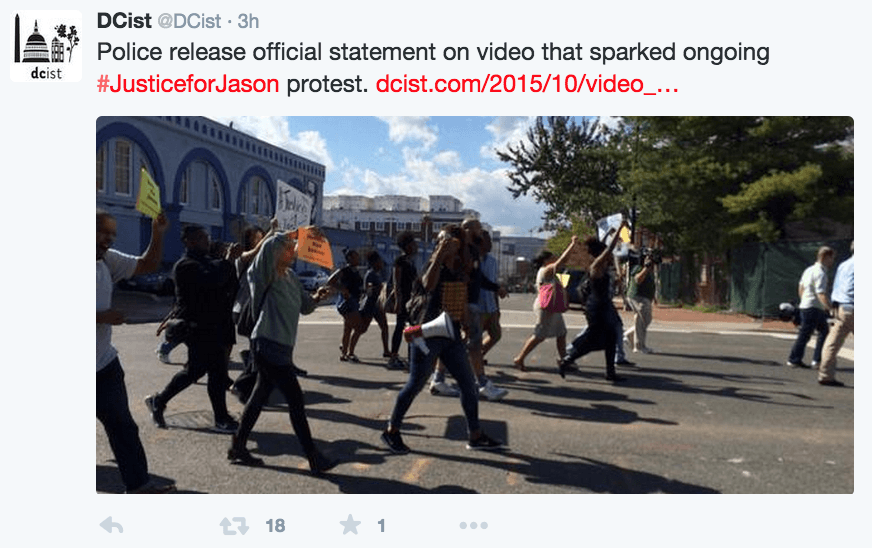