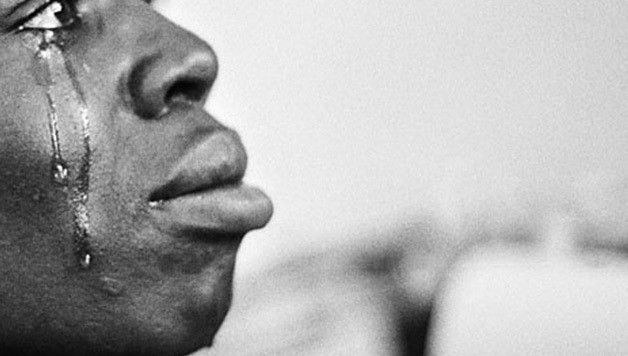 This is how Greeks can work to help those facing domestic violence.

But before we start the article here are some facts about domestic violence in the Black community that you should read from Jet Magazine.

“According to the new Violence Policy Center (VPC) report “When Men Murder Women: An Analysis of 2011 Homicide Data”,  Black women were murdered by men at a rate that was more than 2.5 times greater than the rate for White women. In fact:

Domestic violence is a serious issue for all women at all socio-economic levels; however the issue is a heightened matter of life and death in African-American communities.”

If anyone knows me, they know I like being a busy body. I love finding unique things to do in my city. Often times, if my friends can’t make it to my outings, I’m out and about by myself. Although I am completely fine with rolling solo dolo, for safety reasons, I have to be extra cautious about my whereabouts. Even though I haven’t used my lethal knuckles in a while,  I do wonder if there are other techniques/ tools that I need to know about in order to defend myself (Lord forbid) if anything were to happen.

Then that made me think: I don’t have to live in this kind of fear on a daily basis. However, some people don’t have the luxury of living with this peace of of mind everyday. October is National Domestic Violence Awareness Month and I began thinking about how some women and men are secretly fighting for their lives in hostile living environments.

After reading about the vigil ceremony Baton Rouge AKAs held for their own sisters, I tried to think of ways our Greek sororal AND fraternal organizations could get involved in championing this cause. Here is what I came up with:

Events You Can Throw:

Let’s be honest: most people think they can fight. But, in moments of immediate danger, strategy is better than aimless, aggressive swinging. Self defense tactics help you instantly identify the reactionary options, injure the attacker as quickly and effectively as possible, and allows you to get away at a faster pace.

Have your council (and other councils if you like) partake in co-ed self defense classes. Generally, we assume that domestic violence happens only to women. In the U.S., 24 percent of adult women and 14 percent of adult men have been physically assaulted by a partner at some point in their lives. (Forbes, 2013). Have a self defense instructor come in and teach a class. It doesn’t have to be as intense as Jennifer Lopez’s performance in Enough, but it does need to be practical and effective. Do co-ed partner simulations so members will know exactly what to do in the case of an attack. You can switch it up with same- sex partnering so members can learn how to defend themselves in both situations.

Disclaimer: If someone currently is or was on the receiving end of domestic violence, this might serve as a trigger for that individual. He/she might not want to participate. If his/her behavior is a little sketch, sudden, and nervous, do not force this activity. You may not have known prior to this event they were experiencing this in real life, so try your best not to magnify the situation. Rather than asking the person to participate, kindly ask if they can stay and watch to show support to the organization. They may be scared to even think about defending themselves. However, even though they are not physically participating, they can still take mental notes while watching all the things they are supposed to do if an incident occurs.

Ask the self-defense instructor to bring examples of emotional, financial and psychological abuse as well. It is important to discern what classifies as abuse and what doesn’t. There might be some gray areas you aren’t privy to. Split the scenarios among co-ed groups and have them either read/role play the situations. Have each group identify what they considered abuse and why. Once everyone is finished with their specific scenario, have a few representatives play out the scene in front of the event attendees. The remaining groups can vote on whether they think it’s abuse or not. Call on a few individuals and have them explain their decision. This not only encourages dynamic discussion among your council, but it teaches everyone the key triggers to look out for.

The same disclaimer stands for this activity as it did for the previous suggestion. They don’t necessarily have to participate, but we do want them to be in the know in case they do choose to take action later.

A dynamic group effort always yields influential and impactful results. Here are a few national initiatives that are taking place your council can do to support the National Domestic Violence Awareness campaign.

Things You Can Personally Do:

Usually, those going through domestic violence aren’t pulling a Kelly Rowland and airing their Dirty Laundry for the world to hear. No shade to Kelly- I adore her and her bravery. It is just a reference. We want to make sure that if you do indeed, know someone who is experiencing physical, emotional, financial or psychological abuse, approach the situation delicately. S(he) is already in a vulnerable place and most likely feel trapped and isolated. So simply “getting up and leaving” doesn’t seem like the most plausible option at the time. It may be due to the perception of the lack of resources, love, or support. The abuser may have threatened to kill or harm the victim or someone they love like his/her kids, family members, friends, etc. The point is, if they felt like they could have left, they would have. Sometimes the realization comes instantly; sometimes it takes a little longer. Whatever the case might be, practice and keep these behaviors in mind:

If you do know someone who is in an abusive relationship, rather than shaming them into oblivion, pray for them.  I don’t care what anyone says, prayer changes things. HOWEVER, faith and works is the best combination (the works are explained below.) Pray for his/her blinders to be taken off. Pray s(he) has a change of heart and decides to leave the situation. Pray s(he) will feel the love of God and recognize they are worthy of the greatest love that isn’t demonstrated through maliciousness. Every now and then, send “Thinking About You” messages with Bible scriptures s(he) can meditate on. Pray for his/her mental, emotional and physical well-being. Ask God to reveal to you the various ways you can help this person escape in a safely. Pray consistently, insistently and in full faith that God will bring them through.

People going through domestic abuse of any kind don’t want to be taken on guilt trips, nor do they need anyone trying to brashly rush them out of the situation. Things may seem to be “common sense” to you, but to him/her, things might not completely register for that person because of the intricacy of a dangerous relationship. Domestic abuse cases can be intensely complex and any sudden move can be extremely detrimental to the individual or others involved in the relationship. Be patient with your friend or loved one during their time. Now, patience does not equate to being nonchalant due to the repetitiveness of the situation. I ran across a blog the other day that was very insightful in describing what to do: 8 Things Every Abused Woman Needs Her Friends to Know . A few of my key takeaways were the following:

Be sure to check out the rest of the list, as those points are also vitally important. Remember, this is someone you deeply love and care about. Every action regarding this person should be seeped in love, especially since their perception of love is warped by their abuser. If you ever find yourself getting irritated or impatient, know it’s natural. You want the best for that person. At those times, just remember and recite 1 Corinthians 13: 4-7 and readjust your approach:

Never assume that your friend or loved one isn’t listening to the advice you are giving. They are listening, they just don’t know how to react at the time. How many times did your parents tell you something over and over and you’re JUST now getting the concept today? It’s the same thing. People’s understanding develops at different stages and at different paces. Continue to instill positive and proactive plans of action in their brain for WHEN they do leave the abusive relationship. A few things that are helpful are:

In the event that you know someone (or you yourself – again LORD FORBID) find yourself in an domestic violence situation, I hope and pray you have enough strength and courage to reach out to National Domestic Violence Hotline

Know that no one deserves this kind of treatment, verbal or physical, even on their worst day.

I hope this post was informative and useful for you and your chapter. Let me know if you implement any of the things suggested! I would love to hear from you on Twitter and/or Instagram. Follow me at @dptaughtme on both IG and Twitter.

Be safe, be blessed and know, I love you and so does the man upstairs!