Members of Black greek fraternities and sororities are stepping up nationally to save the lives of our fellow citizens in Flint, Michigan who are being poisoned by their city’s tap water. This situation is so bad that President Obama has declared a state of emergency in response to the water crisis in Flint.

We have set up this GoFundMe to fund the United Way of Genesee County’s purchase of filters, bottled water, emergency support services and prevention efforts to the residents of Flint. 100% of the donation is will be used for these projects and no Administrative Fee will be assessed in the money we are directly giving to their cause.

The United Way of Genesee County  has already sourced more than 11,000 filter systems and 5,000 replacement filters. Donations also support a dedicated driver for daily distribution. After much research, we have decided that donating to them is the best way to make our money count.

Please SHARE this fundraiser with your chapter and as many members of Black fraternities and sororities as possible. When you donate please include the name of your org in the comment section so that we can tell where we are getting the most donations from. 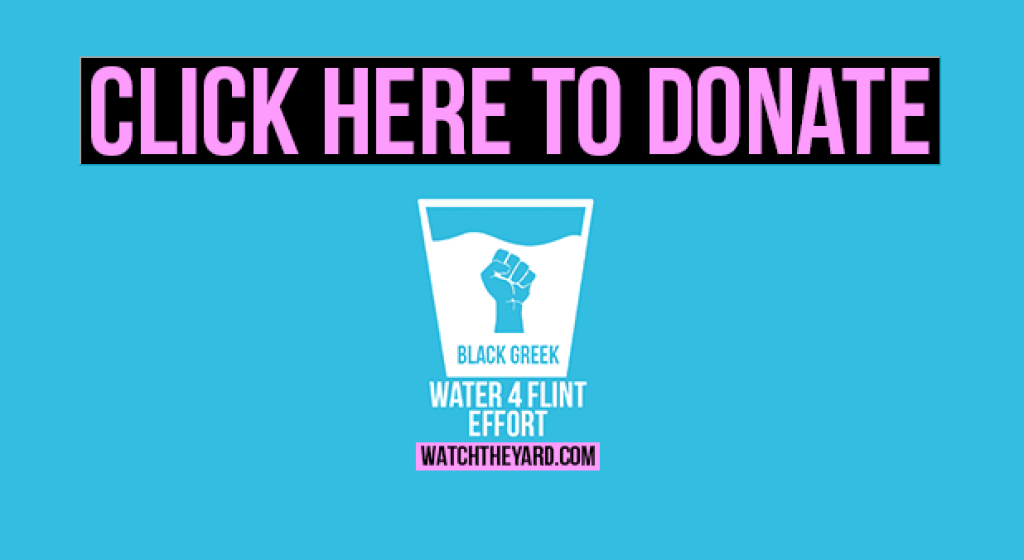 This campaign is being run by WatchTheYard.com  and The Midwest Greek Weekend. Supporters Include: NPHC Flint  (Who has also set up a fund for Flint), BMore Greek , Greek Grammy Awards , Kansas City’s Greek Picnic , Mississippi Greek Weekend if you would like to join in on this initiative let us know by sending an email to WatchTheYard@gmail.com!