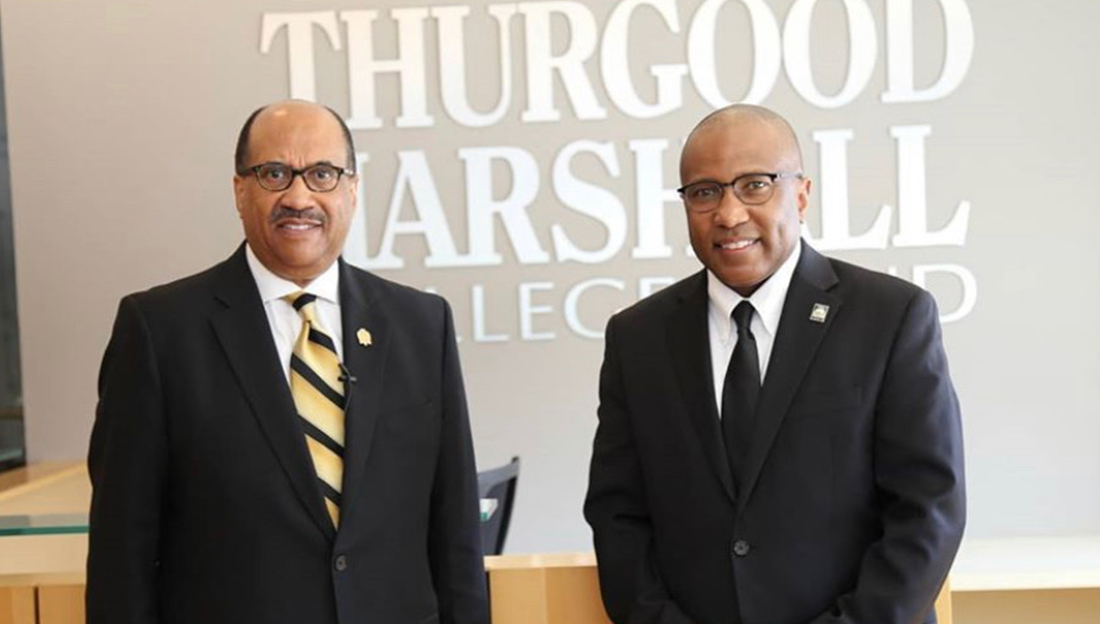 “We are grateful for the leadership and vision of Brother Williams as our organizations chart a new path forward together,” said General President Everett B. Ward, Ph.D. “This MOU, which is the first with any National Pan-Hellenic Council organization in TMCF’s history, will help enhance the educational opportunities for students at HBCUs and PBIs.”

This historic memorandum was signed on the 112th birthday of its namesake former U.S. Supreme Court Justice and Alpha Brother Thurgood Marshall.

According to the press release issued by the fraternity, “Under the agreement, the Fraternity and TMCF will produce co-branded, co-produced and co-marketed value-added webinars and programs that not only support Alpha Brothers, but those TMCF students in the communities we serve. Alpha Brothers will also serve as peer-mentors to TMCF scholarship recipients at institutions where our chapters are located, as well as develop community service projects in support of the fund’s efforts and visibility.”

Last week, Alpha Phi Alpha presented TMCF with a $25,000 donation on behalf of the Fraternity for scholarship support.

“Alpha Phi Alpha Fraternity, Inc. is true to maintaining scholarship as one of its highest ideals and aims, and there is no better example than partnering with an organization with an Alpha Brother’s namesake that recognizes and ensures just that,” said President Ward. “It is, therefore, incumbent upon us as Alpha men to lead the way in supporting individuals and organizations in our communities by advocating on their behalf.”

He added that, “In the words of Brother Marshall, ‘None of us got where we are solely by pulling ourselves up by our bootstraps. We got here because somebody – a parent, a teacher, an Ivy League crony, or a few nuns – bent down and helped us pick up our boots,’” said President Ward. “Today, we are honored to help the next generation of change-makers pick up their boots.”