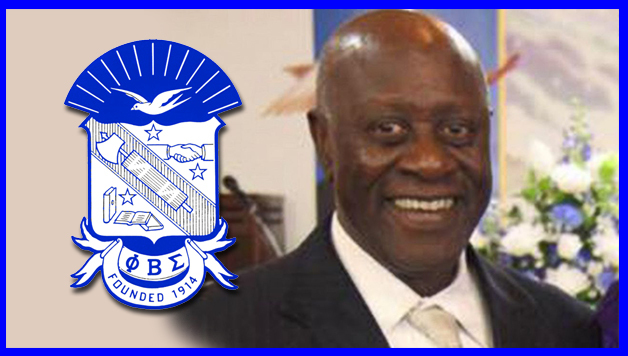 While we have already reported about the tragic deaths of the Honorable Clementa C. Pinckney of Alpha Phi Alpha and Rev. Sharonda Coleman-Singleton of Alpha Kappa Alpha in last night’s church shooting at Emanuel AME Church, it turns out that a member of Phi Beta Sigma Fraternity, Inc. was also killed.

Daniel L. Simmons, a ministerial staff member at the church and a member of Phi Beta Sigma, died in the shooting, his daughter, Arcelia Simmons confirmed to ABC News.

She said that Simmons attended bible study every Wednesday.

According  to the New York Times, the shooter, a caucasian man in his early 20s walked into Emanuel African Methodist Episcopal Church, a historic African-American church in Charleston, South Carolina, spent an hour in a prayer meeting, and then opened fire, killing nine people. Before killing them he screamed, “I have to do it. You rape our women and you’re taking over our country. And you have to go.”

We at WatchTheYard.com have reached out to Phi Beta Sigma’s administration and are currently waiting on a statement. This is a horrible atrocity and we would urge all of you to keep the families of those affected, including the families of Bro.Daniel L. Simmons  in your prayers.

If you have any pictures, memories of Bro. Simmons in regards to his connection with Phi Beta Sigma please write them in the comment section below or send them to WatchTheYard@Gmail.com