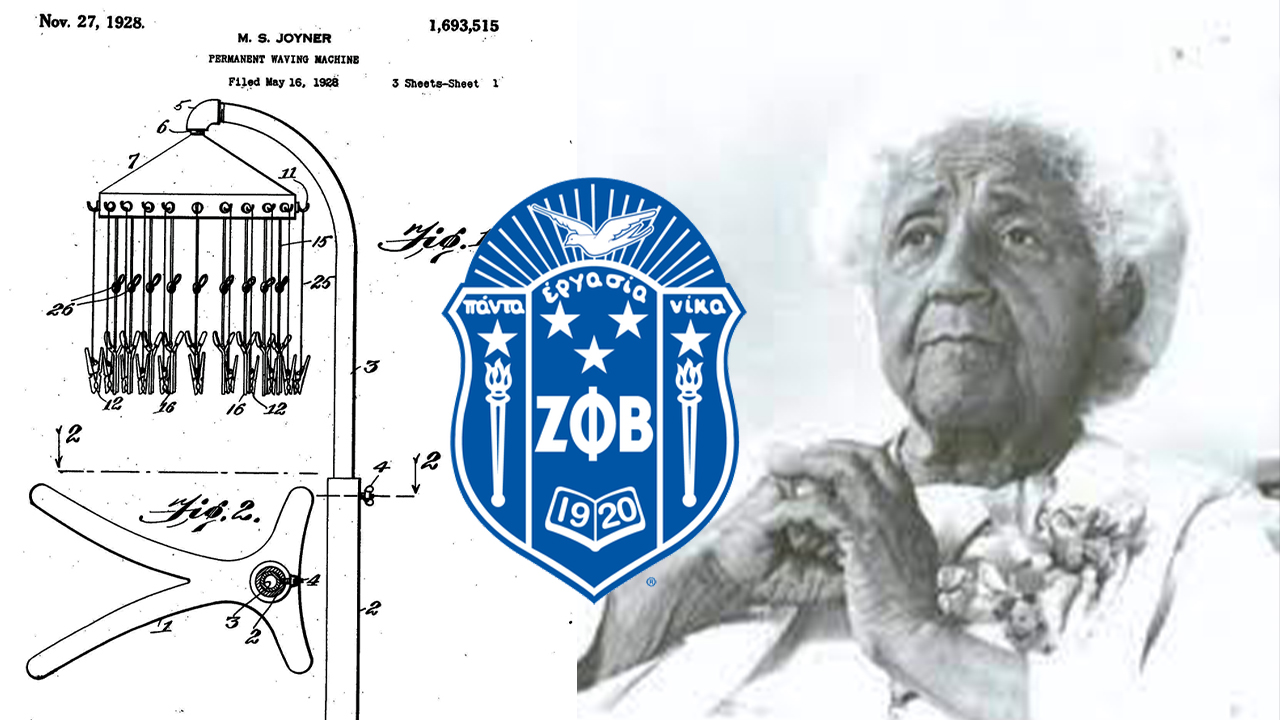 Joyner was born in Monterey, Virginia, the granddaughter of an enslaved person and a white slave-owner. Joyner moved to Chicago when she was 16-years-old to reunite with her mother. She received a certificate of dramatic art and expression from Chicago Musical College in 1914 and graduated from the A.B. Molar Beauty School in 1916.

Joyner opened her own salon after finishing beauty school. She met Madam C. J. Walker and worked for her as a sales representative before working her way up to running 200 of her beauty schools. She taught over 15,000 stylists and served as the leader of new products.

This led to her invention of the permanent wave. This device created an easier way for women to curl their hair. Her patent design made her the third African American women to receive a patent. The first was a woman named Judy W Reed, and the second was Sarah E. Goode. The patent was filed under Madam C. J. Walker’s company which resulted in Joyner not receiving any money for her work.

In 1945, Joyner co-founded the United Beauty School Owners and Teachers Association. The same year, she founded the Alpha Chi Pi Omega Sorority and Fraternity to help raise professional standards for beauticians. She helped draft the first cosmetology laws for the State of Illinois and was a founding member of the National Council of Negro Women.

A continual learner, at the age of 77 she enrolled at Bethune-Cookman College (now Bethune-Cookman University) in 1973 and was awarded a bachelor’s degree in psychology.

Joyner passed away in 1994 in Chicago but her legacy lives on until this day.