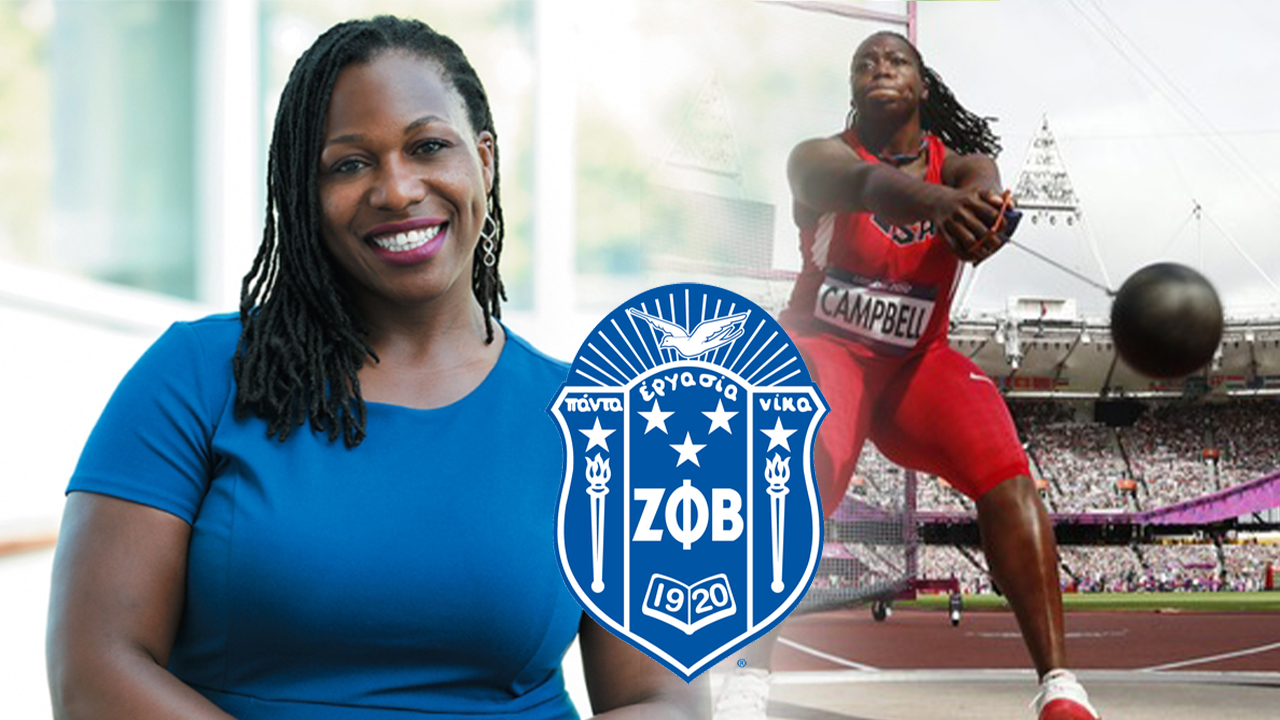 Did you know that African American hammer thrower Amber Campbell is a Zeta? Campbell is a proud member of Zeta Phi Beta Sorority, Inc.

Amber Campbell was born in Cincinnati, Ohio in 1981. She attended Coastal Carolina University in South Carolina where she competed in track and field. She competed internationally for the first time at the 2005 World Championships and went on to compete in four more since then.

Her Olympic career started in the 2008 Olympic Games in Beijing, China. She went on to compete at the 2012 and 2016 Olympic Games. In 2016, she became the highest placing American woman in history after finishing 6th in the finals. She won gold at the NACAC Championships in Costa Rica.