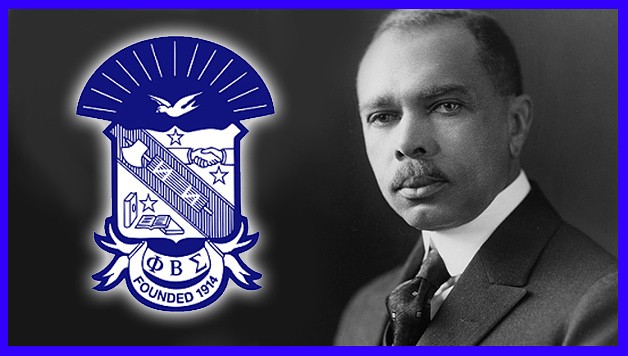 If you are a member of the African-American community you have definitely heard the song “Lift Every Voice and Sing” sang at churches, political events, HBCUs and cultural get-togethers. But did you know that the person responsible for writing the song was a member of Phi Beta Sigma Fraternity, Inc.?

Yes that is right, the man behind the Black National Anthem repped Blu-Phi!

James Weldon Johnson was a composer author, educator, lawyer, diplomat, songwriter, and civil rights activist. Johnson was born in 1871 in Jacksonville, Florida and at the age of 16, enrolled at Clark Atlanta University, an HBCU where he graduated in 1894. In 1899 he achieved his first literary success by writing the poem “Lift Every Voice and Sing” which was set to music and unofficially became known as the “Negro National Anthem.”

In 1904, he helped Theodore Roosevelt win the presidential election and as a result, Roosevelt appointed him a diplomatic position as United States consul at Puerto Cabello,Venezuela from 1906 to 1908, and to Nicaragua from 1909 to 1913.

Once he got back to the United States, after serving in Nicaragua, he moved to New York and became heavily involved in the Harlem Renaissance where he compiled and published anthologies of spirituals and poetry including Fifty Years and Other Poems, The Book of American Negro Poetry, The Book of American Negro Spirituals, and God’s Trombones: Seven Negro Sermons in Verse.

In 1917 Bro. Johnson started working for the National Association for the Advancement of Colored People (NAACP) and in 1920 he became the first black individual to be chosen as executive secretary of the organization, a position that he held until 1930. At the NAACP he helped increase the presence of chapters in the South and pushed a campaign to pass federal legislation against lynching.

In 1934 he became NYU’s first African-American professor and later served as a professor of creative literature and writing at Fisk University.

Johnson tragically died in 1938 when the car his wife was driving was hit by a train while vacationing in Wiscasset, Maine. His funeral in Harlem was attended by more than 2000 people.

Share this post with your network and let them know that a Sigma is responsible for this iconic song!