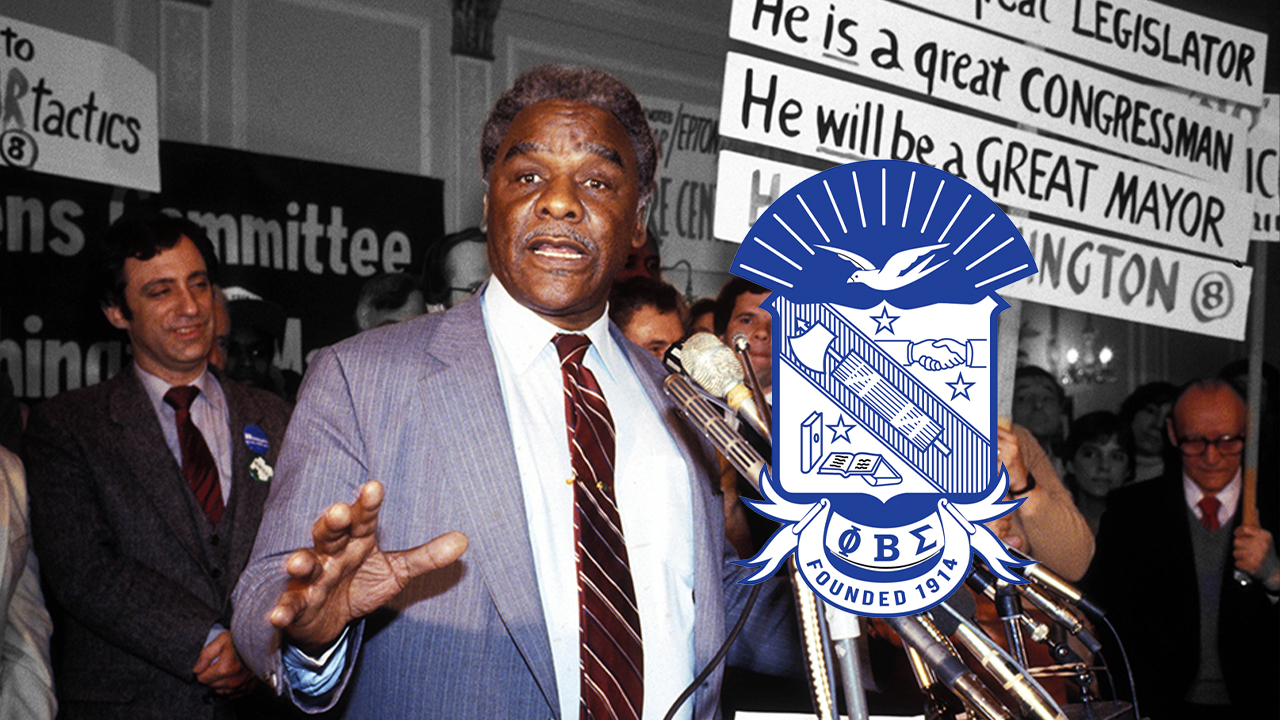 Did you know that the first Black Mayor of Chicago was a Sigma? Harold Lee Washington crossed through the Upsilon Sigma Chapter of Phi Beta Sigma Fraternity, Inc. in Chicago.

Washington was an African American lawyer and politician who served as the 51st Mayor of Chicago. His victory over five white opponents was considered a major upset. Washington became the first Black mayor of a major American city in 1983 a position he held until his death on November 25, 1987. Washington was born in Chicago and graduated from Roosevelt University before attending Northwestern University School of Law. In addition, he was a member of the U.S. House of Representatives from 1981 to 1983.

He passed away office which caused many rumors to surface about his passing. It was concluded that he had heart complications which resulted in a heart attack. Washington’s legacy is cemented in the history of Chicago.

The legacy of Harold Washington